“Disney Insider” is back giving viewers a look at some of the big things Disney has been working on across all of the company’s platforms. The seventh episode of the series has 3 short featurettes, two focusing on Disney+ shows, while the other is focusing on a book series from “Star Wars.” My favorite of […]

Disney is releasing a new episode of its “Disney Insider” series, which takes fans behind movies, theme parks, destinations, music, toys, and more. Each episode offers three unique stories that capture the magical moments and heartfelt storytelling that is Disney. In this weeks episode, we will get to see some behind the scenes action from […]

Disney give us an inside look at the new film “Artemis Fowl,” the flavor lab where chefs come up with new dish ideas and the new Mickey Mouse ride in the latest edition of “Disney Insider.” I love this series of shorts that gives you a look at big things Disney has in the works, […]

Disney has released some details on an upcoming episode of the Disney Insider, which will be coming to Disney+ on Friday June 5th.   The series peels back the curtain of The Walt Disney Company like never before. Tune in each week as the series takes fans behind movies, theme parks, destinations, music, toys, and more. […]

Disney is once again giving us an inside look at some of its major marketing events with the Disney+ Original series “Disney Insider.” This week we get a look at the preparations for the Disney half marathon, a look at the game “Sorcerer’s Arena,” and go inside 50 years of the Walt Disney Archives. The […]

“Disney Insider” is back to give us a look at some of the goings on inside the House of Mouse. This week’s episode puts the spotlight on the a new Hulu original series; “Little Fires Everywhere,” the DisneyNature documentary; “Elephant” and the Dcappella group’s cover of the song “Eye to Eye” from “A Goofy Movie.” […]

Disney+ gives us an inside look at more of Disney’s projects in the second episode of the docuseries “Disney Insider.” This episode takes us behind the scenes of the Disney+ series “Diary of a Future President,” the live action version of “Mulan” and introduces us to two Disney animating legends that worked on some of […]

Disney Plus is taking you behind the scenes in the new DocuSeries, “Disney Insider.” Through this series, we get a look at several of the projects Disney is working on through its many channels and studios. This first episode runs about 17 minutes and follows three people as they show us their work with Disney. […]

The first trailer for the new Disney+ Original series, Disney Insider, has been released.  This new series will be coming to Disney+ on March 20th, with new episodes each week, covering the newest Disney, Pixar, Marvel Studios, Lucasfilm, and 20th Century Studios movies, along with content from its TV Studios, Hulu, ABC, and Freeform.  In […] 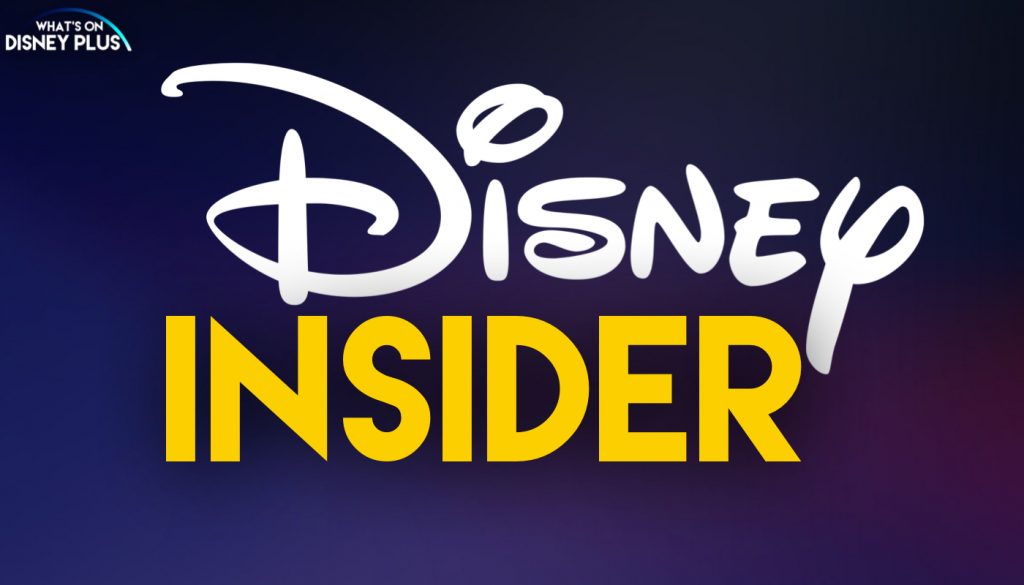 Disney has announced a brand new documentary series called “Disney Insider” is coming to Disney+ later this month. Each episode will feature behind-the-scenes looks at various projects within the Walt Disney Company including it’s theme parks, TV and movie businesses. It will be a weekly series and will focus on three different stories per episode. […]