“Disney Insider” is back giving viewers a look at some of the big things Disney has been working on across all of the company’s platforms. The seventh episode of the series has 3 short featurettes, two focusing on Disney+ shows, while the other is focusing on a book series from “Star Wars.”

My favorite of the three shorts is the “Star Wars: The High Republic” book series. I’m a huge “Star Wars” fan, so I will be interested in almost anything we receive from the galaxy far, far away. The short focuses on the launch event for the series that focuses on the Republic 200 years before the events of the Skywalker Saga. I’m excited to read the books and learn more about a different time in the “Star Wars” canon. Throughout this series, I’ve always cared more about the parts of Disney that aren’t shows on Disney+ and that trend continued in this episode. 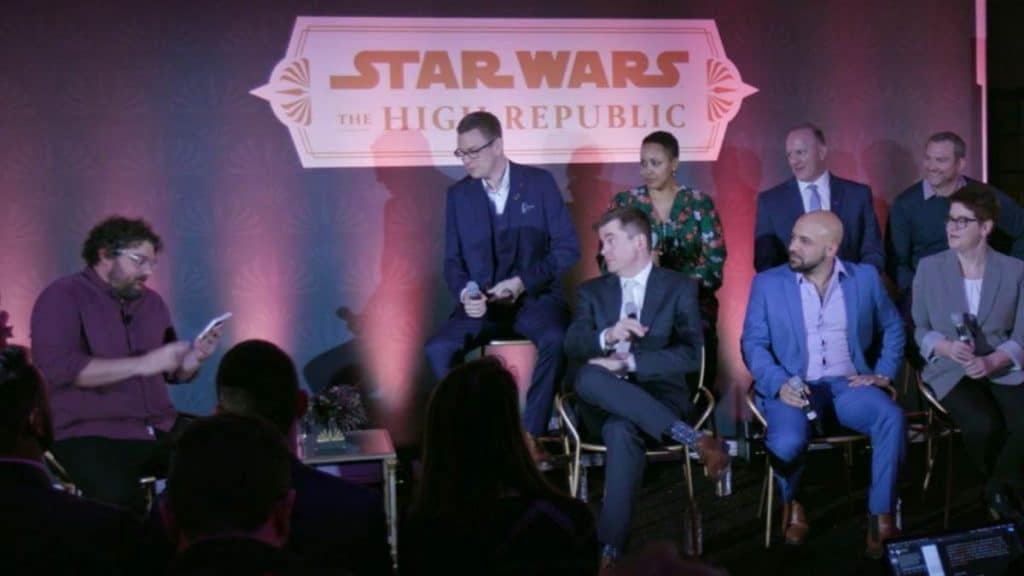 In contrast, short I least cared about was the one focusing on the “Magic of Disney’s Animal Kingdom” show, already available on Disney+. I watched the series and really enjoyed it, but watching this short isn’t making me want to watch it again. I like what you can learn, but I think this short would’ve done better when the series was being released rather than months after the fact. I think timing hurt this short more than anything.

And, in between, was the short focusing on “Earth to Ned.” The short takes us to the Jim Henson Studios which makes the show. I love the Muppets, so I always love getting to see anything the Henson Studios is working on. But, I already tried to watch the first season of “Earth to Ned” and it really wasn’t for me. It’s already received a second season, so it’s obvious there’s an audience. I’m glad the show exists, but I don’t care to see more of it. So, it was a real dichotomy for me. I loved seeing what Brian Henson and the rest of the studio was working on, even if I have no plan on watching the finished project.

This is the strongest episode of “Disney Insider.” I think it was smart to put this show on hiatus until they had more to cover. It was a great concept that got derailed by the pandemic. With filming shut down and parks closed, almost all of the features were pointless because the shows and movies didn’t arrive on time and people couldn’t take part in the park events. The show felt hollow. Clearly, Disney+ was starving for content at the time, but putting “Disney Insider” on the app called out the content drought rather than helping to fill the void. Now, that filming has resumed, there’s a purpose and it shines in this episode.

Jeremy has been a big Disney fan since he was a kid growing up during the Disney Renaissance. One day he hopes to go to every Disney Park in the world.
View all posts
Tags: “Magic of Disney’s Animal Kingdom”, disney, Disney insider, Earth to Ned, review, Star Wars: The High Republic