“Earth To Ned” is the newest Disney+ Original series and is a late-night talk show that is hosted by Ned, who is the commander of a spacecraft that has been sent to Earth to blow it up, but has fallen in love with celebrities. The show is created by the Jim Henson Company and features […]

Disney has announced that on Friday, September 4th, Disney+ will debut 10 episodes of its first original talk show “Earth to Ned,” produced by The Jim Henson Company and Marwar Junction Productions.  The fresh take on the late-night format stars larger-than-life extraterrestrial creatures Ned and Cornelius as they interview some of the biggest stars in […] 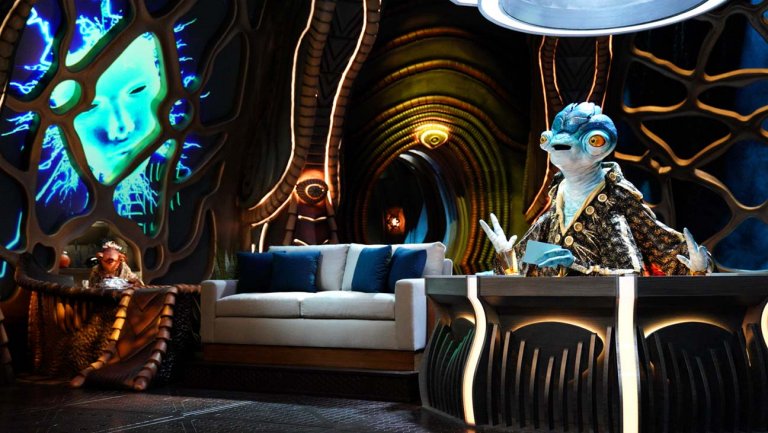 A new puppet based show called “Earth To Ned”, made by the Jim Henson Company, is coming exclusively to Disney+. According to The Hollywood Reporter, the show has been given a straight to series order and is a comedic half-hour talk show in which an alien (and his lieutenant!) and they will interview celebrity guests. The […]