It’s officially 2021, and Disney+ has given us another reason to celebrate: ten brand-new episodes of Earth to Ned have just premiered, allowing us to have even more fun with Ned, Cornelius, and BETI! This week, I sat down to chat with Paul Rugg, who provides the voice of Ned on Earth to Ned, to get a behind-the-scenes look at the making of the charming Disney+ original series. Keep reading for our full interview!

CORBAN: What was your first experience working with The Walt Disney Company, and how did you get involved with Earth to Ned on Disney+?

PAUL RUGG: My first job working with Disney was in the late 90’s as Manny the Uncanny for One Saturday Morning – the Saturday morning block of cartoons on ABC. That was a lot of fun. Since then, I’ve helped them develop a few shows and done some VO work for them on various shows. The most recent was as Lord Starchbottom on The 7D.

I got involved with Earth to Ned after being called in to audition. I had worked with Henson on some projects before, including Puppet Up. I had also done some development work in the past. 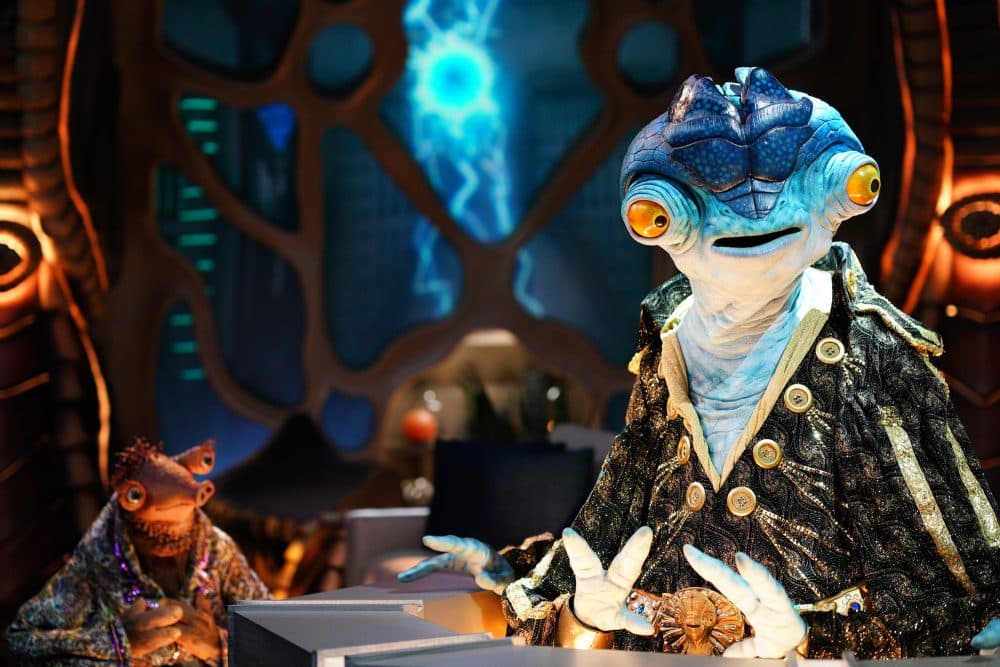 CORBAN: The Jim Henson Company has always been known for creating some amazing content, and Earth to Ned fits right in among the greats. One of the distinguishing factors of Earth to Ned is its late-night talk show style, giving Ned the chance to interact with a variety of celebrity guests. What was your most memorable encounter or experience while working on Earth to Ned?

PAUL RUGG: Hmmm, I can’t think of one encounter that tops the others. It was all so much fun and…so much work! There wasn’t too much time to really think about it! We shot 12 hours each day and we moved so fast from one thing to the next! But…I will say that having Penn and Teller on the show was AMAZING! 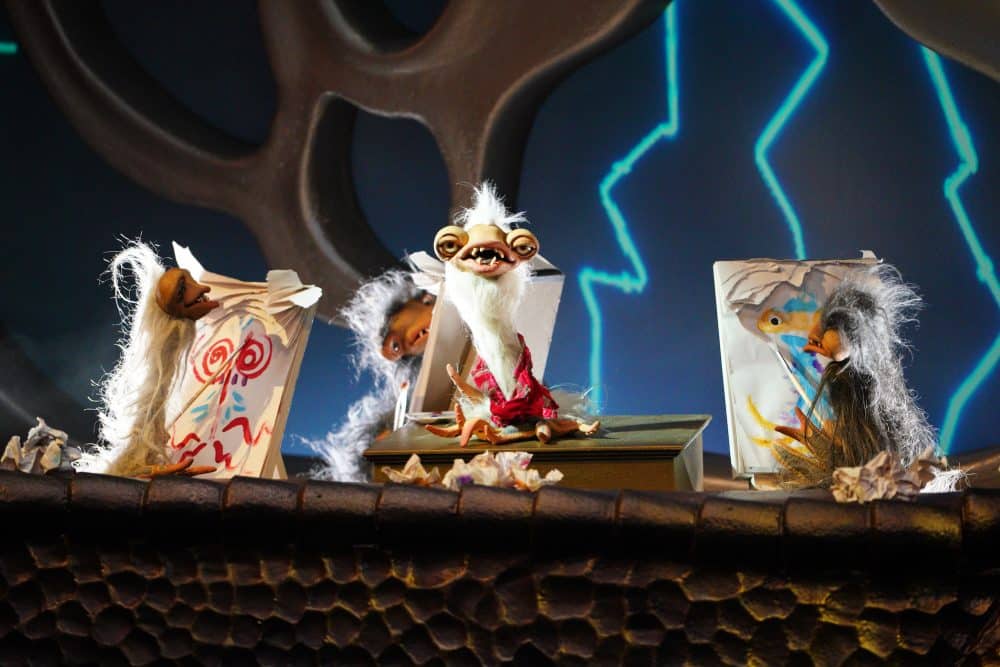 CORBAN: You’re right, Penn and Teller are awesome, and I can’t wait to watch their episode as part of the brand-new content! Earth to Ned thrives on its improvisation and great comedic interactions between Ned and the guests, but exactly how much of the show’s interactions are scripted (if at all)?

PAUL RUGG: Well, we had a meeting each morning to talk about the guests that day. The producers would go over topics that might be interesting to cover and what Ned’s thoughts might be. I had a list of questions to keep the interview on track. But once the interviews actually started, it did become a bit of a free-for-all! Ned might latch onto something obscure the guest said, and it was a lot of fun to run with that stuff. But Eliza Skinner, the head writer and producer, was always monitoring things and would make sure to bring things back if I got too carried away. She was able to talk to me via headphones.

CORBAN: Earth to Ned is a show like no other, and your teamwork allowed for some great moments! Alongside Earth to Ned, you have provided great voice work for many iconic shows, ranging from Animaniacs to American Dragon: Jake Long. How does working with puppetry in Earth to Ned compare to being a voice actor for an animated series?

PAUL RUGG: Working with puppetry on Earth to Ned and doing voiceover for animated shows are extremely similar! For Ned, I was only in control of his mouth and voice. Allan Trautman was manipulating his face and eyes. Morgana Ignis was controlling his body movements. Donna Kimble was controlling his front arms…and Jack Ventura and Raymond Carr were performing his other two arms. In other words, it’s a team effort, just like animation. I am doing the voice and hoping that my acting is giving the rest of the team enough to go on to flesh out the character. 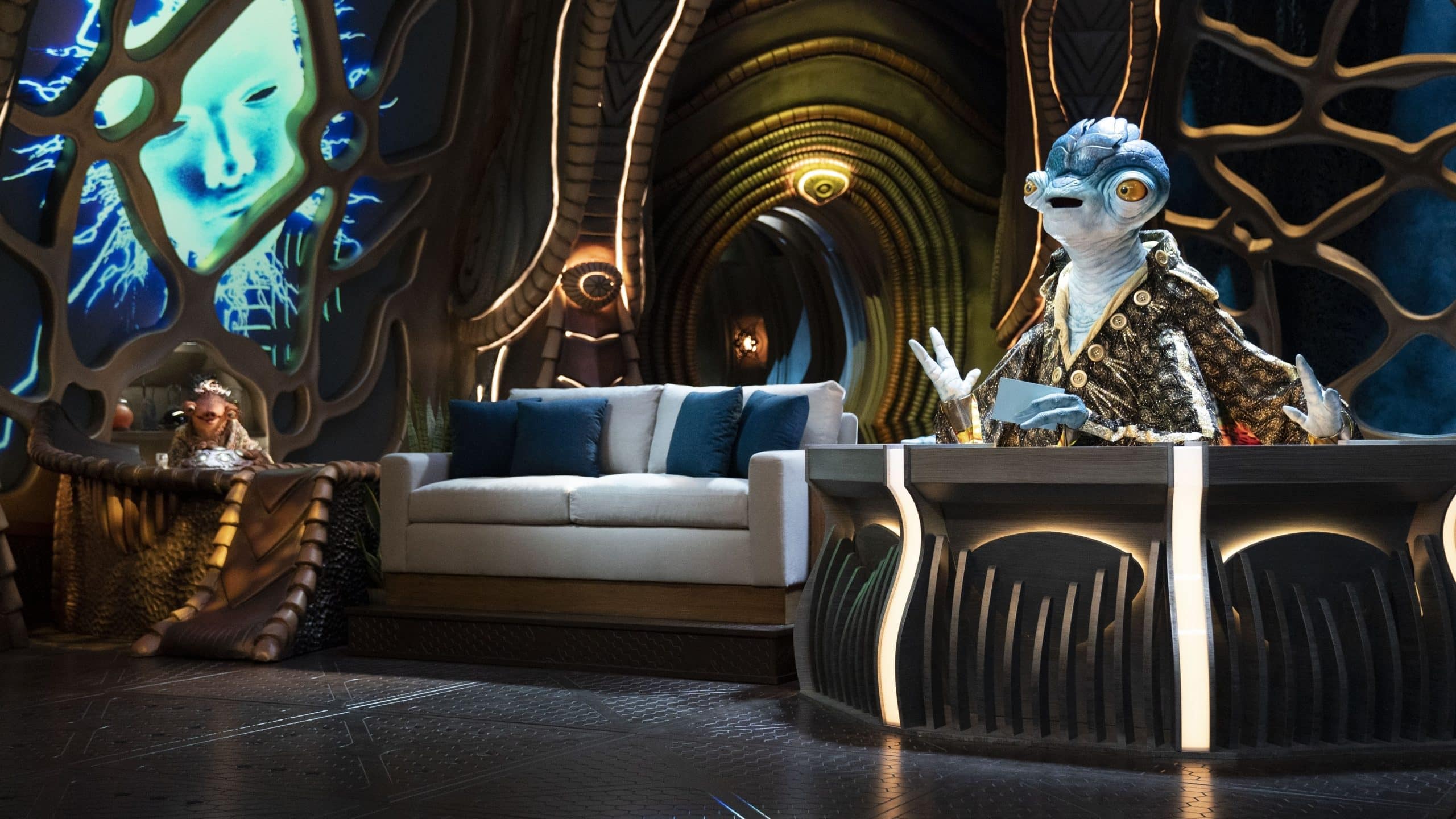 CORBAN: How did you coordinate with the puppetry team to make sure that Ned’s actions and words were always in sync?

PAUL RUGG: Well, it took a lot of trial and error and TRUST. We had about a month of rehearsals to figure out Ned. After a while, we started to understand each other, and each of us added our own part to bring Ned to life.

CORBAN: While the teamwork to create the character of Ned seems quite intricate and complicated, his personality truly shines through in every episode! As we enter 2021, do you have any future projects in the works?

CORBAN: I would love that! Thank you so much for joining me to chat about Earth to Ned and this amazing story that you and the team have created!

And, to the reader, ten all-new episodes of Earth to Ned are now streaming on Disney Plus.

Corban has been a lifelong fan of The Walt Disney Company. Disney music is often the soundtrack of his life, and he loves listening to a new film score. In between new episodes of The Mandalorian, you can often find him planning his next trip to the Disney Parks or rewatching classic Disney TV shows.
View all posts
Tags: disney, Disney+ Original, disneyplus, Earth to Ned, interview, muppets