The Walt Disney Company is giving us a look behind three special projects they are working on in the latest episode of the Disney+ Original Series, “Disney Insider.” This episode has three featurettes focusing on the new Harmonious show at EPCOT, Tiana’s Place on the Disney Wonder cruise ship and a virtual addition at Oga’s Cantina at Galaxy’s Edge at the Disney Parks. This episode mixes some of my favorite things: the Disney parks, food and Star Wars.

I can’t pick a favorite featurette in this episode because I love them all. I’m a huge Disney parks fan and I think, as an adult, EPCOT is my favorite park at Disney World. As a kid, it was Magic Kingdom. As a teen, it was Hollywood Studios. But, as an adult, it’s EPCOT. I also love the show at the end of the night. They bring the magic to each of the parks. It was great seeing the behind the scenes work that went into Harmonious and I hope to get down to Florida soon to check it out. 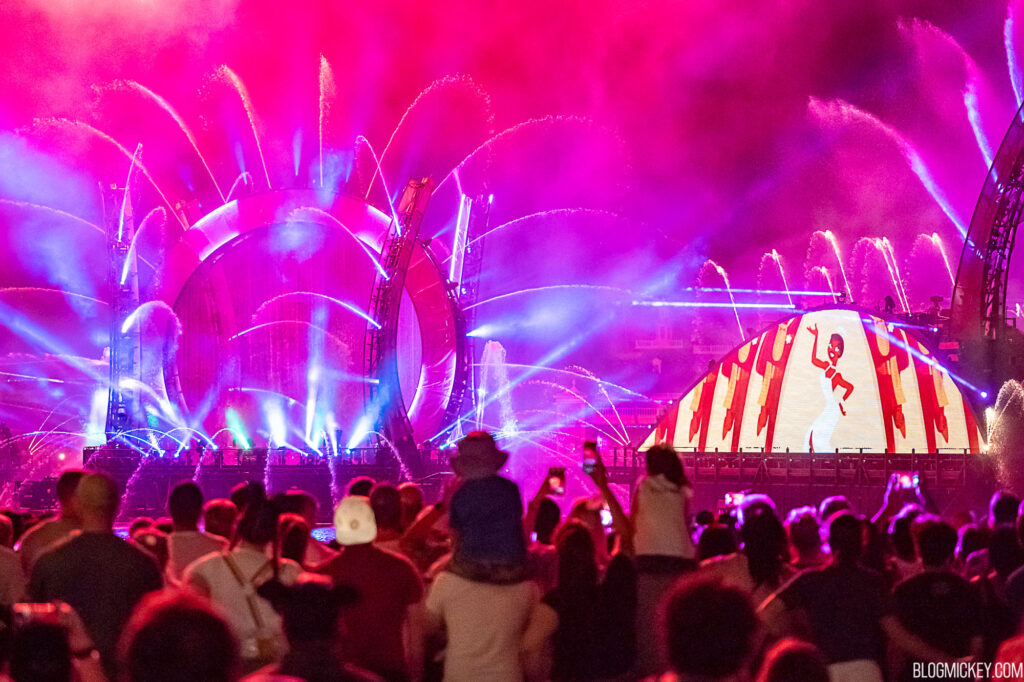 “Disney Insider” also gives us a behind the scenes look at Tiana’s Place, a restaurant on the Disney Wonder cruise ship. I’ve never been on a cruise, but I wouldn’t mind going on the Disney Wonder just to eat the food at Tiana’s Place. For starters, it pays tribute to “The Princess and the Frog” which is underrated Disney film that deserves more representation. Plus, with the New Orleans setting, that means Cajun food, which is one of my favorite types of food. I loved seeing how they went to New Orleans and other parts of Louisiana to get ideas for the menu, plus went to the restaurant that served as a loose inspiration for the film.

Meanwhile, Oga’s Cantina is expanding at Galaxy’s Edge. But it’s a virtual expansion. Bobby Moynihan gives an inside look as he records more lines for the Oga character. I can’t wait to see more about this expansion. While I would like to get away from a lot of virtual experiences after the past 18 months, some of them are still cool in the right concept and expanding a “Star Wars” inspired cantina makes as much, if not more, sense than anything else.

I loved all three of these featurettes and I hope to see more like these going forward. I know I won’t want a behind the scenes look at every new project going on at the company, but I like that there is a series that provides that look. I get to see more of the things I love. And other people will love the things I don’t. This series is a great concept that finally has its feet under it.

Jeremy has been a big Disney fan since he was a kid growing up during the Disney Renaissance. One day he hopes to go to every Disney Park in the world.
View all posts
Tags: Cruise Ship, disney, Disney insider, Disney Wonder, Disney+ Original, disneyland, epcot, Galaxy's Edge, Harmonious, review, star wars, The Princess and the Frog, Tiana's Place, walt disney world