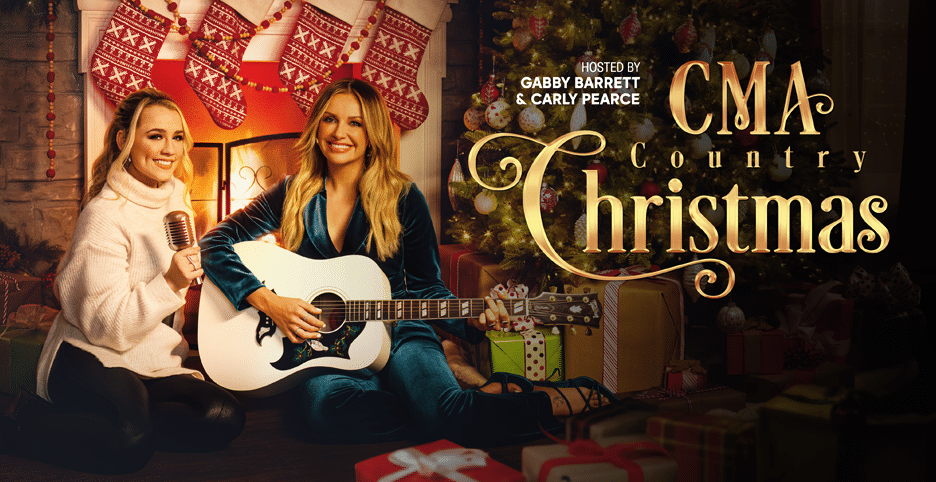 Some of the biggest names in country music gathered in Nashville, Tennessee to celebrate the season by singing Christmas songs in “CMA Country Christmas.” This special originally aired on ABC before being put on Hulu and Disney+. The special is hosted by Carly Pearce and Gaby Barrett and features songs from Breeland, Jimmie Allen, Carrie Underwood, Lady A, the Pistol Annies and Brett Eldredge.

This is a fun special. You don’t have to like modern country music to enjoy it, although it will probably heighten your enjoyment if you know other songs by the artists. There are some iconic carols as well as some modern Christmas songs and they are all sung remarkably well. My favorite performance overall was Carrie Underwood. She was easily the best singer on this special, in my opinion. That only comes as a bit of a surprise given the vocal talent on display, but no one can question Underwood’s voice. On top of that, I really enjoyed Breeland’s performance of “The Christmas Song.” The songs prior to that one had all been less iconic, so when he opened up with “Chestnuts roasting on an open fire…,” it immediately felt more like a Christmas special to me. I have two small complaints. I would’ve liked the special to be longer. On Disney+, it runs for 41 minutes. That means it was probably only an hour long on live TV. I would’ve liked to see it extended to two hours to get more of the iconic Christmas songs in the special. That was my other complaint. While I knew almost all of the songs, very few of them are what we might call iconic. “The Christmas Song,” “O Holy Night,” “Silent Night” and “Sleigh Ride” were the only ones that could be considered iconic. I would’ve liked a few more traditional carols.

Overall, this is the most fun I’ve had listening to country music in years. I like the genre overall, but too much current mainstream country isn’t my cup of tea. But, on a Christmas special, they are singing Christmas songs which work better for me than mainstream country does. It allows more of their talent to shine through. Many of these people have great voices that I am willing to listen to more often after seeing this special.

What did you think of “CMA Country Christmas?”

Jeremy has been a big Disney fan since he was a kid growing up during the Disney Renaissance. One day he hopes to go to every Disney Park in the world.
View all posts
Tags: abc, Christmas, CMA Country Christmas, disney, review