Disney give us an inside look at the new film “Artemis Fowl,” the flavor lab where chefs come up with new dish ideas and the new Mickey Mouse ride in the latest edition of “Disney Insider.” I love this series of shorts that gives you a look at big things Disney has in the works, not just for Disney+, but for parks, theaters and channels as well.

The first of these shorts follows the author of the “Artemis Fowl” books around his home in Ireland as the first movie based on the books gets ready to hit Disney+. This was the least interesting of the three shorts, in my opinion. But, that’s mostly because I don’t know much about the “Artemis Fowl” series. I knew they were making a movie that has been moved from theaters to Disney+ because of the pandemic, but I have no idea what it’s about. I’ve never read the books, but I have an open mind for a new book series to read and maybe a new movie series to watch. But, this short didn’t do a whole lot to make me want to check out either. I’m sure it’s a nice nod to fans of the “Artemis Fowl” series and Disney should be for everyone, so I’m happy those people got this short to give them a little backstory on the author. For me, I just enjoyed seeing the sights of Ireland in the background.

I was far more interested in the other two shorts. If you’ve read my series of reviews on “Be Our Chef,” you know that I’ve been big on Disney+ making a more adult-oriented series following some of the Disney chefs. This short gave a glimpse of what that could be and that really peaked my interest. I loved going “inside the flavor lab” as they say. They were focusing on new dishes for a cooking competition here. But, a short series, maybe 4 to 6 episodes, giving an inside look would be amazing. I’d love to follow the chefs, see their focus and learn more about their process. This short was a nice appetizer, but now I’m ready for a main course putting the focus on some of the unsung heroes of the Disney parks. 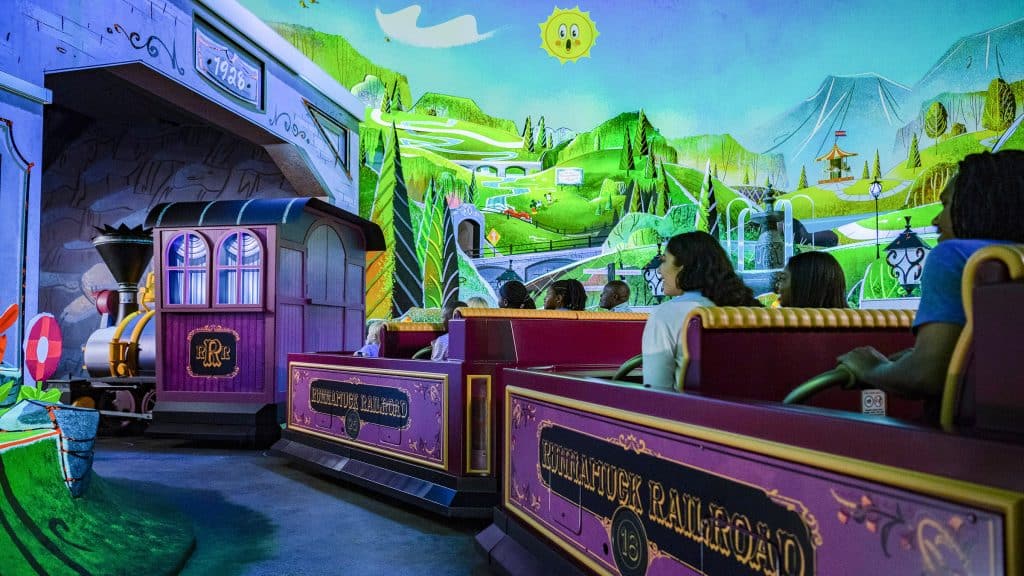 Lastly, we get a look at the designs for the new Walt Disney World ride Mickey and Minnie’s Runaway Railway that opened just weeks before the pandemic shutdown the parks. It’s baffling to me that Mickey Mouse is the icon that started the Disney empire, yet it took until 2020 for him to get a ride at any one of the six Disney parks. While that is baffling, it’s amazing to see the process that goes into designing the ride, especially considering the head imagineer wanted to make a completely original ride with completely original music. The experience as you follow the ride is awesome and I hope I’m able to get to Disney World soon and experience this ride first hand.

Once again, this series delivers with three shorts that are sure to grab the attention of people who like the subject matter. It’s advertisement for all things Disney, but that’s not bad. I’m getting used to the idea of three shorts tied together to make a TV episode. This seems like it would be something great if Disney ever owns the Travel Channel. I’m also glad this series isn’t weekly. It would get monotonous seeing that every week, but making it biweekly or even monthly makes it more enjoyable as the company advertises itself.

What did you think of this week’s episode of “Disney Insider?”

Jeremy has been a big Disney fan since he was a kid growing up during the Disney Renaissance. One day he hopes to go to every Disney Park in the world.
View all posts
Tags: artemis fowl, disney, Disney insider, Flavor Lab, mickey mouse, review