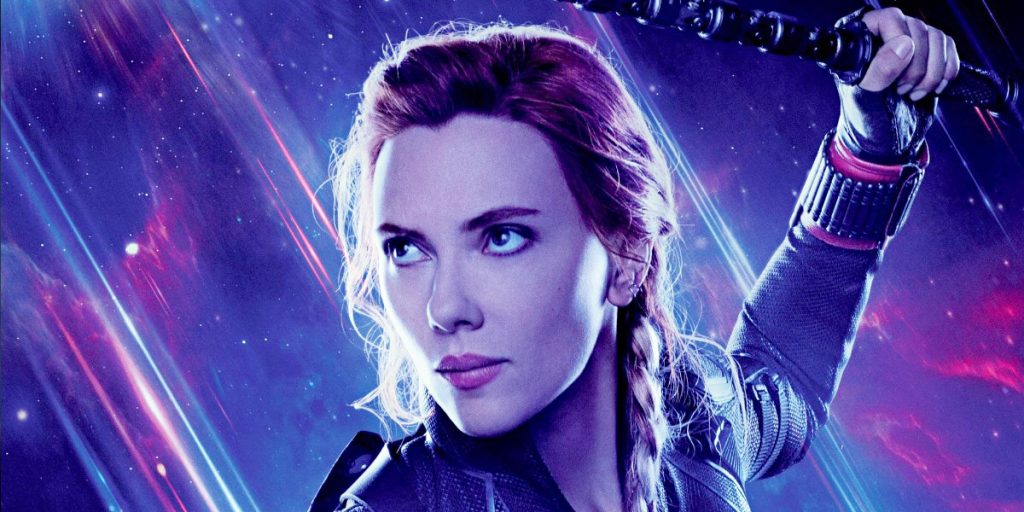 Feige surprised the audience with the first footage from “Black Widow,” which is currently in production. The film is directed by Cate Shortland who was on hand to greet the Hall H audience along with Scarlett Johansson, reprising her role of Natasha Romanoff, as well as newcomers to the Marvel Cinematic Universe David Harbour as Alexei aka The Red Guardian, Florence Pugh as Yelena, O-T Fagbenle as Mason and Rachel Weisz as Melina.

Here is a look at the new Black Widow movie logo:

Black Widow is slated for release on May 1st, 2020 release in U.S. theaters, making it the first film of Phase Four to hit the big screen.   Expect Black Widow to come to Disney+ in late 2020/early 2021.

Are you excited for a Black Widow movie?

Roger has been a Disney fan since he was a kid and this interest has grown over the years. He has visited Disney Parks around the globe and has a vast collection of Disney movies and collectibles. He is the owner of What's On Disney Plus & DisKingdom. Email: Roger@WhatsOnDisneyPlus.com Twitter: Twitter.com/RogPalmerUK Facebook: Facebook.com/rogpalmeruk
View all posts
Tags: black widow, Marvel, sdcc