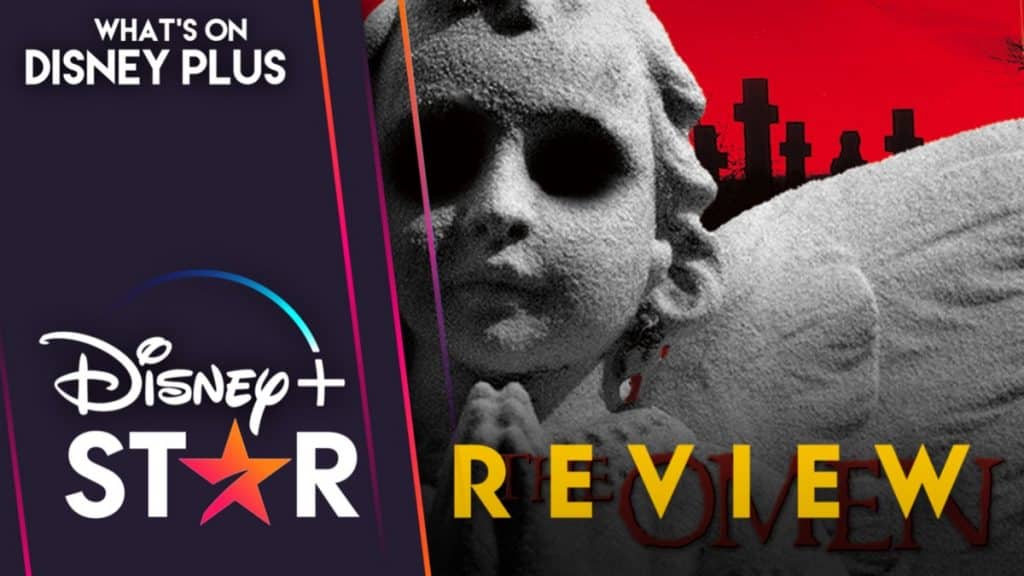 When U.S. ambassador Robert Thorn (Gregory Peck) and his wife, Katherine (Lee Remick) tragically lose their son shortly after birth, Robert is convinced to take home and secretly adopt another infant instead. Things seem to be going well for a while, even as bizarre occurrences take place around little Damien (Harvey Stephens). However, when Father Brennan (Patrick Troughton) confronts Thorn with apparent evidence of an evil supernatural connection to his adopted son, that which seems absurd eventually leads a man down a dark journey of investigation and suspicion…

The Omen is now rapidly approaching its 50th anniversary. And yet, it still has a place in popular culture. For example, most people at least have an idea what you’re referring to if you say a kid is “behaving like Damien”. It has to be said that The Omen is not the originator of the “problem child” as a basis for horror (1956’s The Bad Seed got there much earlier) but there’s no denying that the entire presentation gels together to create an atmospheric, even somewhat unsettling whole that offers some iconic moments during its running time. Is it a true timeless classic though? Well, mostly yes but there’s no denying that it may be showing its age a little by now. Allowing me to explain why in the coming paragraphs.

First and foremost however, I absolutely must praise the performance of Gregory Peck. Not only is his character the central protagonist of this picture but he also gets significantly more screen time than anyone other than perhaps Damien himself. And when you consider that we’re referring to a small child here, this means that Peck has a lot of heavy lifting of the plot to do. Thankfully, he’s at the height of his acting powers here. The evolution of his character is relatively subtle yet signposted enough by changes in behaviour that we can follow the thought processes of a man battling the notion that his adopted son is pure evil. The initial revulsion leading into the gradual acceptance of such a concept is made fascinating to watch by Robert Thorn visibly agonising over the repercussions of what he’s being asked to believe. Despite the story being rather obviously outlandish, it is this grounded performance that helps the narrative land so well as it rolls along.

Lee Remick’s performance as Katherine Thorn is also deserving of praise, though I’d argue that she doesn’t quite get as much to work with as Peck. Still, it is believable as doubts become suspicions and suspicions become blatant paranoia as her son (who she isn’t aware is adopted) repeatedly does things that strongly suggest intentional malice towards his parents. Remick is more of a supporting actress than a true co-star though, especially when the plot decides to sideline Katherine, so she’s definitely not as emotionally developed as her husband. Still, she plays the role required of her very well.

Next up we have Patrick Troughton’s Father Brennan. I assume that most younger Americans will probably at least vaguely recognise Troughton as the second Doctor in the early years of classic Doctor Who. However, he was a character actor of significant reputation here in the UK, so a supporting role in a major American film was quite the gig for him, even in 1976. Father Brennan is an interesting portrayal that works on two fronts. Initially, the manic energy with which Troughton infuses him positions the priest as a raving madman. But once our main antagonist begins to take his prophecy more seriously, that lunacy is replaced with the certainty of conviction and the desperation of a man who may well sense that his time is almost up.

If Father Brennan makes Robert take his claims seriously, then it is Jennings (David Warner) who sends him on a journey of discovery. Jennings is a photographic journalist who begins to notice strange distortions on his pictures that appear to hint at the means of death for the subject captured. Yes, this was an idea that was later used by Final Destination. Anyhow, Jennings is important to the narrative because while Brennan is a man of faith, the photographer merely follows the evidence. It is his research that turns it from an old prophecy to an investigation. What’s more, Jennings is even more acutely aware that his own days are numbered and as such, Warner displays a man with a keen intellect pushed on by urgency. It works well. Not only because it makes sense narratively but it also serves to quicken the pace when needed. In a film that can find itself slowing down for exposition, it’s good that there’s an in-built reason to keep things moving.

And now we come to Damien, portrayed by young Harvey Stephens. According to IMDb, the role of Damien makes up half of his acting resume (he actually reprised his role in the 2016 “Damien” series) so he didn’t exactly go on to superstardom. Unfortunately, I can see why. Damien himself isn’t particularly scary. Well, a little creepy perhaps, but it’s really the soundtrack that manages to make an 8 year old unnerving, not the performance itself. Not to pick on the young man, of course. He was very young and doing a perfectly serviceable job. But it’s not the acting that sells the Damien character as threatening.

And speaking of the soundtrack, mixing piano with orchestra and a sinister, Latin-speaking choir was an inspired choice that has forever linked the music to Satan. It’s this music that lifts everything on screen. It’s this music that makes our little devil spawn unnerving. It’s an iconic theme by Jerry Goldsmith that more than carries its weight whenever it’s used.

In fact, the music may be somewhat of a saving grace for the film’s atmosphere because frankly, its attempts at visual horror. One of the major kills in a fun visual but oddly devoid of gore, while the other is so distractingly fake-looking that it takes you out of the film and (at least in my case) makes you laugh. As I hinted at earlier, the film is starting to show its age but it doesn’t change the fact that the acting is on-point and the music is iconic. So in summary, The Omen may not quite hold up for a younger adult but it still has more than enough positives left to make it a classic worth watching this Halloween.

The Omen is available to stream on Disney+ right now in many countries, including the United Kingdom and Ireland, Canada, Australia and New Zealand, Spain and more.

Jon has been a Disney fan all of his life. From wearing out those expensive VHS tapes and visiting Disneyland Paris as a child to becoming a huge fan of the MCU in adulthood, Disney has helped shape some of the happiest, most fun moments he can remember.
View all posts
Tags: retro reviews, star, the omen