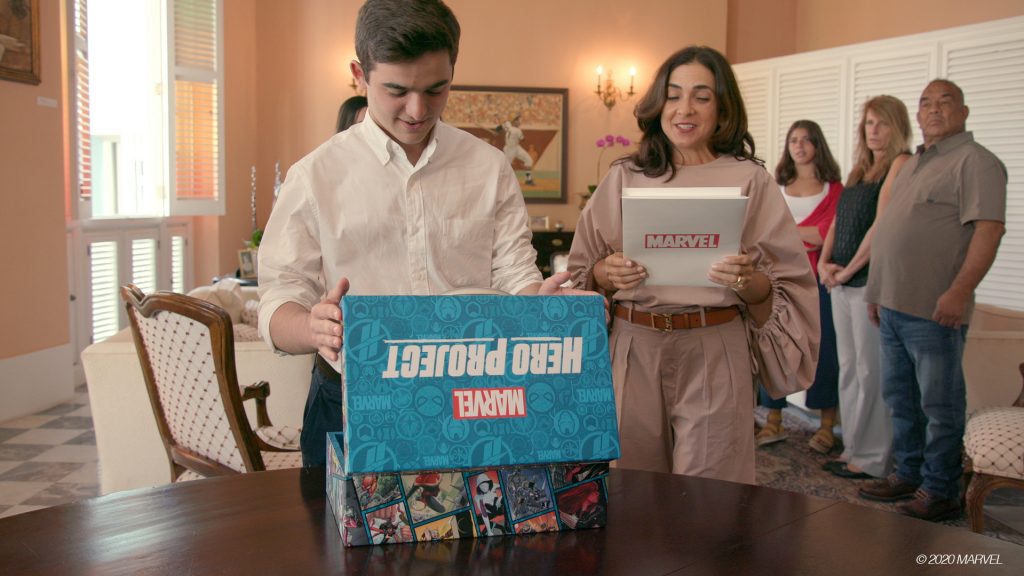 In the wake of Hurricane Maria, a young man steps up to help provide power to those on the island of Puerto Rico who went months without it. In this episode, we meet Salvador who rose to the occasion when Puerto Rico needed a hero.

September 2017, the darkest time in Salvador’s life both literally and figuratively. While his home was flooded, his family was one of the luckier ones in Puerto Rico. As he stared out the window and noticed how many homes didn’t have electricity, Salvador found his mission, restore power any way he could.

Salvador managed to get in touch with a friend in the United States to start a crowdsourcing campaign to seek donations to help the people of Puerto Rico. The campaign quickly received thousands of donations and drew the attention of media outlets like CNN and Teen Vogue. Salvador used the funding and attention to provide solar power to homes on the island. With that now complete, Salvador’s new mission is to provide solar power to the fire stations. He says that will help provide in rescue situations should electricity be knocked out.

Salvador’s story hit home to me more than any other in this series so far. February 16, 2001, a bad storm made its way across Lowndes County, Mississippi. I was living in a small town called Caledonia in Lowndes County at the time. My power went out for almost a day. I was in one of the lesser hit areas. When my father and brother started driving to the Air Force Base to meet my other brother, we realized just how bad this storm had been. Trees down everywhere. The further we got from Caledonia and the closer we got to the small city of Columbus, we saw homes destroyed. Power was out everywhere. Some places didn’t get electricity restored for two weeks. It was frustrating to see. And, that was absolutely minimal compared to what Puerto Rico went through in the wake of Hurricane Maria.

If what I saw at 16 was frustrating, what we learned about the failures of government officials in Puerto Rico is infuriating. We’ve since learned supplies were left in a warehouse rather than provided to residents who so desperately needed them. The government failed the people of Puerto Rico. But, Salavador, and many others like him rose to the occasion. They shouldn’t have had to be the heroes for the people of Puerto Rico, but they were. Salvador was, and he still is.

I love Salvador’s story. I love how he stepped up when those who should have didn’t. If any one person featured in this series deserves to be recognized as a Marvel Hero, it’s Salvador.

Jeremy has been a big Disney fan since he was a kid growing up during the Disney Renaissance. One day he hopes to go to every Disney Park in the world.
View all posts
Tags: Marvel, marvel Hero Project