Where she is openly urging Disney to consider moving her show on Hulu because “I’d be doing a disservice to everyone by limiting the realities of a 30 year old’s journey to live under the ceiling of a PG rating.” 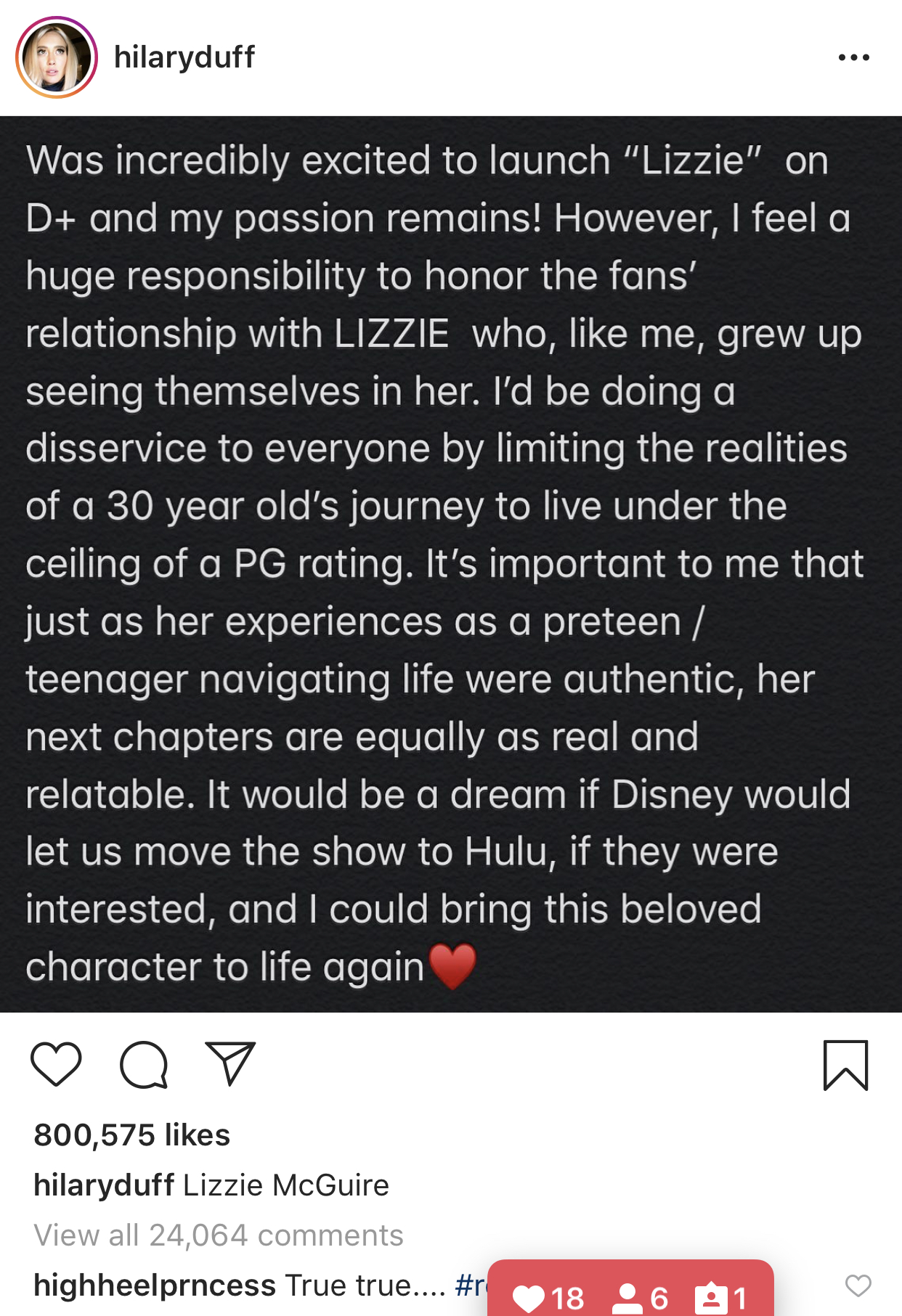 This issue with the series has already seen the show lose its showrunner Terri Minsky stepping down in early January.

Disney+ has already lost two series, High Fidelity and Love, Victor, to Hulu, due to them containing more mature themes. And this latest request by the actress is putting the new streaming service under lots of criticism from adult fans who want the series to return.

By making this this post, she is pushing Disney to make the show more maturer than the executives want for Disney+, so hopefully there is somewhere in the middle to allow this show to continue. This would be a major loss to Disney+, as it was the main show they promoted in last months “What’s Coming In 2020” video.

Many Disney+ subscribers are getting frustrated with the lack of mature content on the service, with many saying why a show such as the Mandalorian can show people being killed or having their arms cut off, but having real life relationships is too mature.

Do you think Disney+ should allow the show to be more mature?