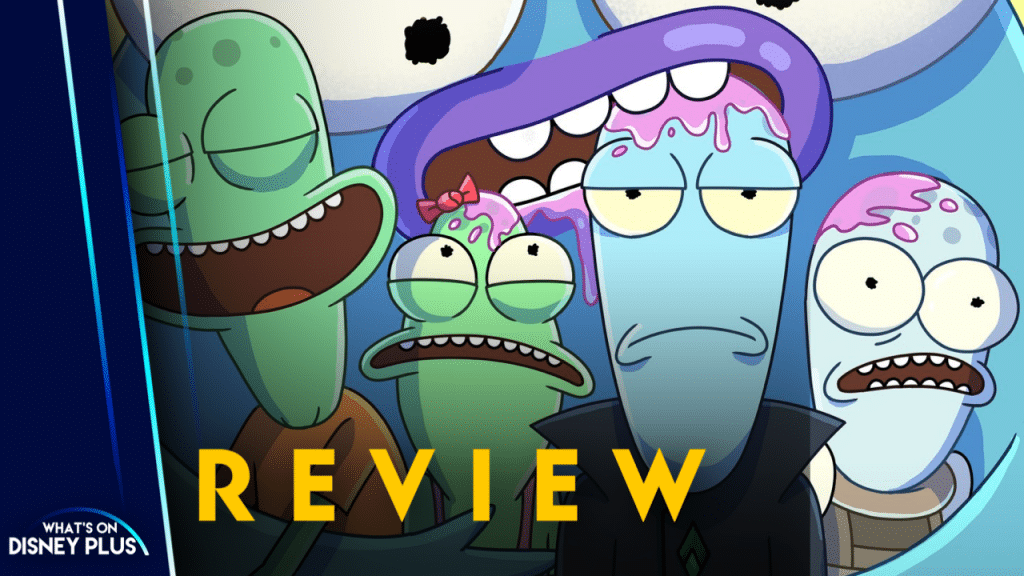 The Solar Opposites return to our screens this week with the third season and the crazy wackness of this show about a team of four aliens who are evenly split on whether Earth is awful or awesome. The team have been sent to Earth to find a new home after their planet has been destroyed, and while their leader, Korvo, isn’t thrilled to be on the planet, the rest of the team, including his husband, Terry and clones Yumyulack and Jesse, love earth and everything on it.

“Solar Opposites” is full of swearing, violence and weird storylines that work so perfectly, due to the unique nature of the series, looking at how we all live, through the eyes of aliens. They can poke fun at the most basic ideas and also turn the most minor thing into the biggest problem in the universe.

For me, “Solar Opposites” is possibly the best adult animation series currently being released by 20th Animation, which also includes major long-standing series like “The Simpsons”, “American Dad”, and “Family Guy”. I completely binged through the series over a day and just kept laughing. It’s a crazy series, and I really enjoy this show’s off-the-wall humour. 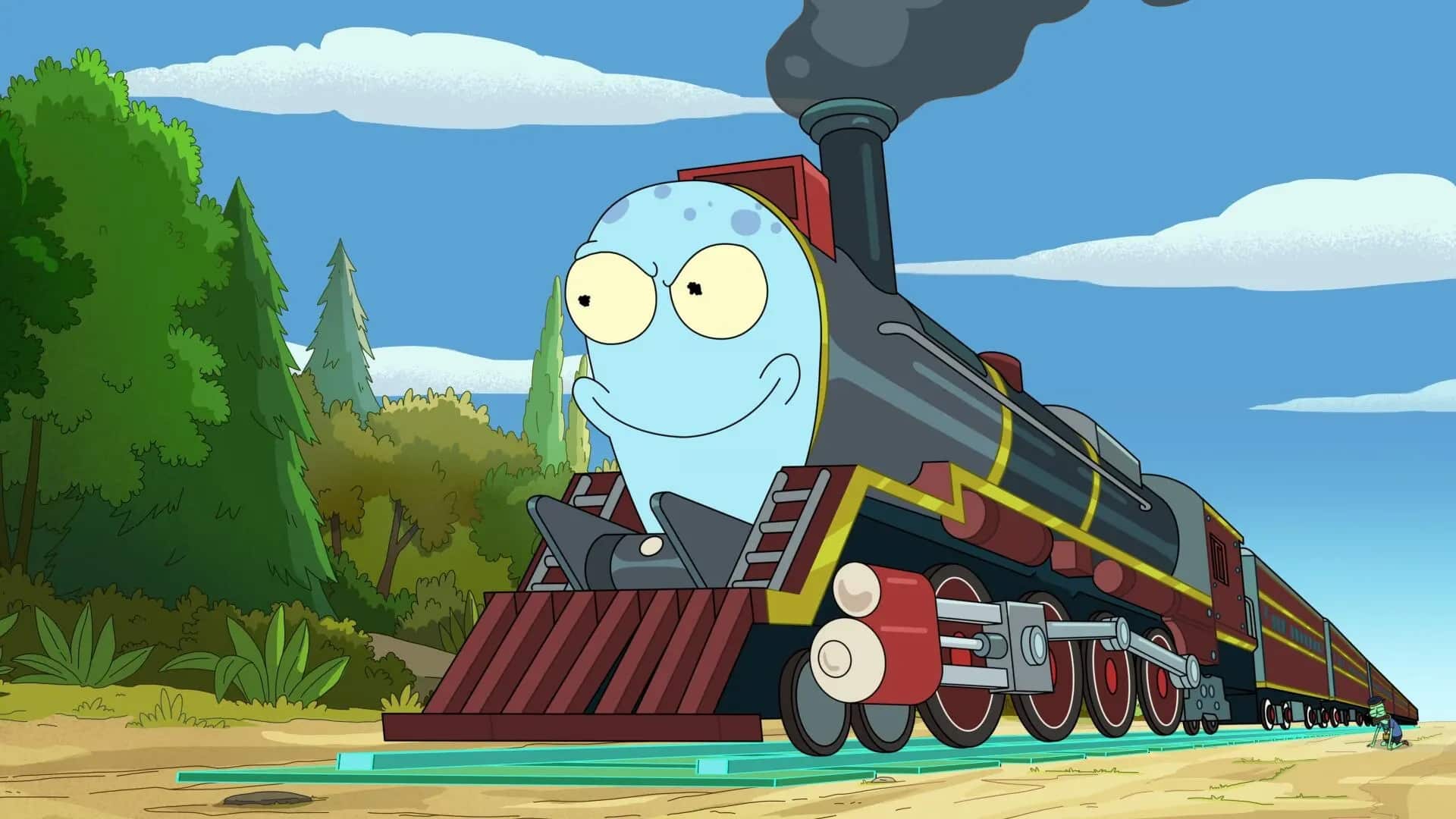 As an international viewer, there is one specific episode, “Hululand”, which doesn’t travel internationally very well, as the aliens head off to a theme park inspired by Hulu Originals, most of which are the licensed ones, rather than the shows Disney creates, like “Dopesick” or “The Dropout”, which are released internationally on Disney+. The series is just so “meta”, in how it completely takes the piss out of Hulu and incorporates ads into the show. I love it!

As you’d expect from this weird series, the stories go all over the place, including Korvo becoming obsessed with model trains, being taken away by Child Protective Services, and there is one episode, where they are just queuing up in a line. But the writers have a way of making, even more, the most mundane become interesting, because, at any moment, the entire story can take a strange turn in a way you might not expect. 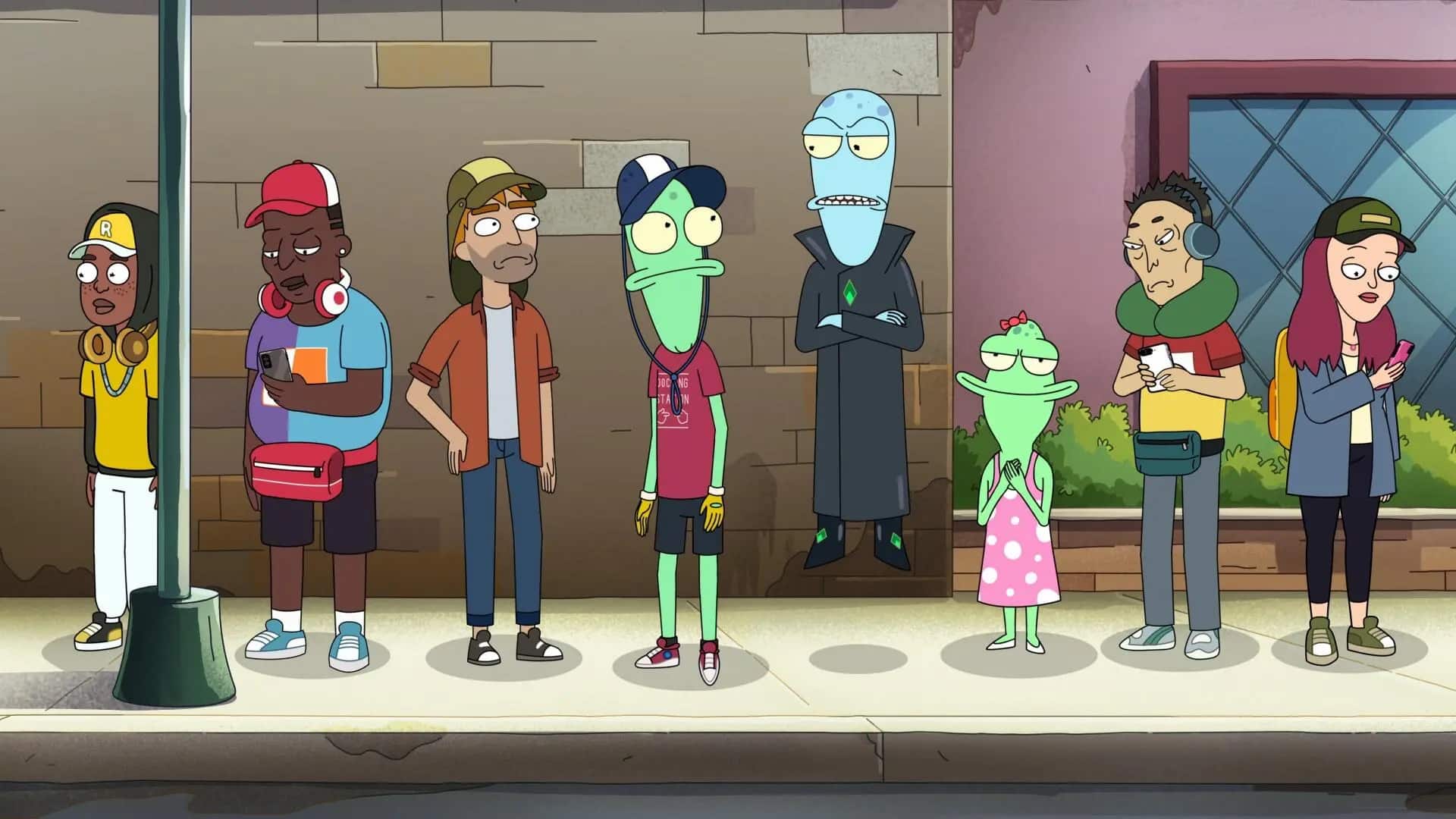 Fans of “The Wall” are in luck, as in this season, they once again return to the miniature Mad Max lifestyle, where survival comes at any cost. The idea of shrinking people and just popping them into a display in the kids’ bedroom is genius. But more importantly, it’s used by the show to tell some other stories away from the aliens, that have core elements that reflect the basic way we want to live. It’s great stuff.

“Solar Opposites” season three is just more of the craziness and wackiness. If you’re a fan of the show, this season doesn’t disappoint. If you’ve not checked out this series yet and enjoy other adult-animated shows like “South Park” or “Family Guy”, I’d recommend giving this one a look. It’s one of the best originals that Hulu/Star is currently putting out, and I totally enjoyed binging my way through the whole third season!

“Solar Opposites” season three is coming to Hulu in the United States, Star+ in Latin America and on Disney+ around the world on Wednesday 13th July 2022. The first two seasons are also available on these streaming platforms.