More casting details on the upcoming Marvel Studios comedy series “She-Hulk” have been revealed by Deadline.

Ginger Gonzaga is set to play the best friend of She-Hulk/Jennifer Walters, who will be played by Tatiana Maslany.  Ginger has previously appeared in the comedy series “Space Force” along with “Kidding” and “I’m Dying Up Here”. 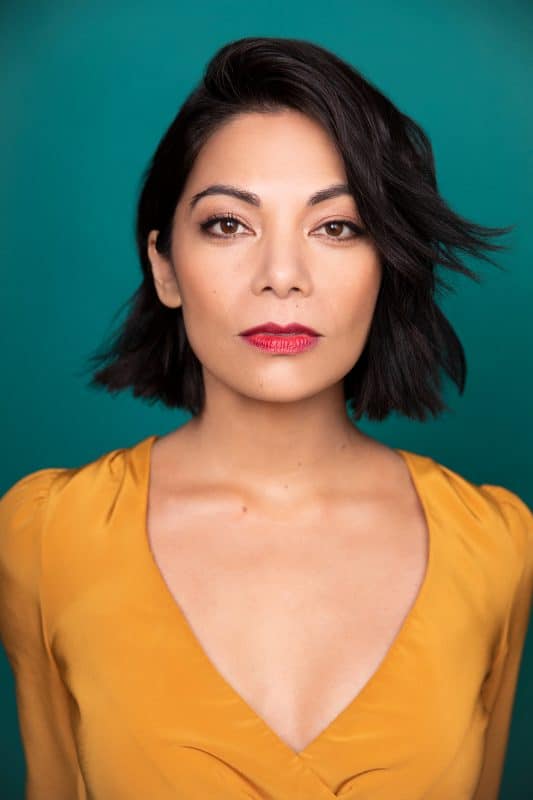 The actress took to social media to confirm the news: 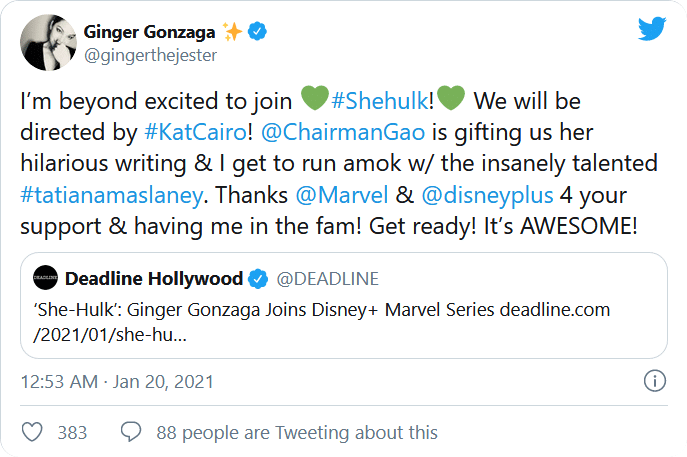 Also set to appear in the new Disney+ show is Mark Ruffalo who will reprise his role as The Hulk and Tim Roth returning to play The Abomination.  It’s also rumoured that Jessica Jones and Matt Murdock (Daredevil) are also going to appear in the show.

It’s not yet clear exactly what character Ginger will be playing in the series, since there are a number of characters from the comic books that could be used or a brand new character for the series.

No Disney+ release date for “She-Hulk” has yet been announced.