What's On Disney Plus > Blog > Brands > Marvel > Does A New “The New Mutants” Trailer Reveal A Disney+ Release Or Is It A Fake? 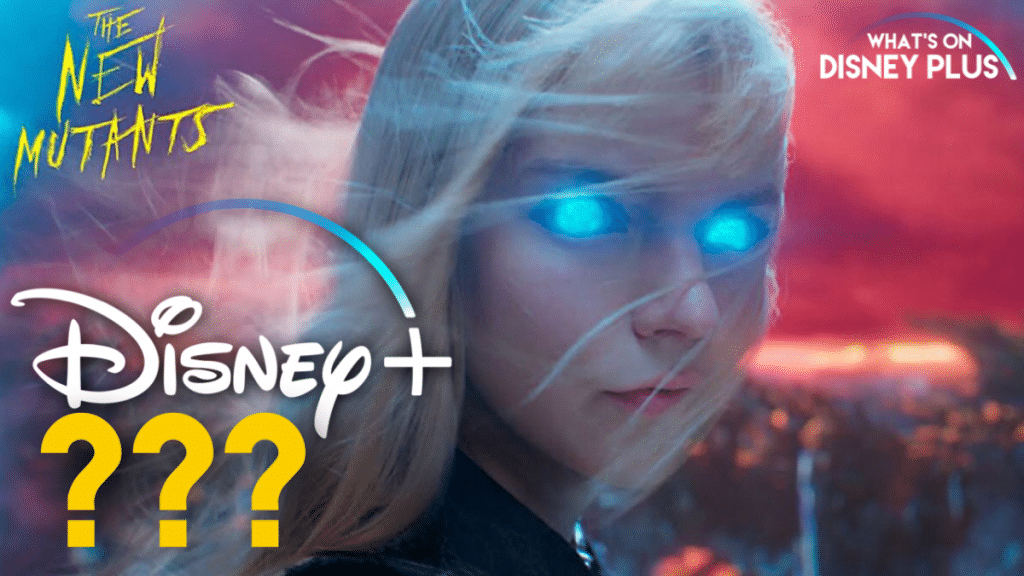 Ever since Disney purchased 20th Century Fox, there has been a constant question about the release of “The New Mutants”, since Marvel wanted to distance themselves from the non-Marvel Studios movies and shows.

The film has been delayed on many occasions since it was initially going to released in early 2018. Throughout the delays, there has been speculation that “The New Mutants” would skip a cinema release and head straight to Disney+ or Hulu.  But Disney announced the release date for April 2020, however, this was moved due to the Coronavirus closing cinemas around the globe, with the next release date announced for August 28th.

With the current Coronavirus situation meaning cinemas in major markets such as New York and California looking like they won’t be reopening in August, it’s once again expected that the movie could be delayed, especially as Warner Brothers has just delayed “Tenet” again.

Today, a video was posted online, showing a “trailer”, saying “The New Mutants”, would be coming to Disney+ on September 4th.  The “trailer“ also features what apparently looks like brand new footage, of the film.

Check out the “trailer“ below:

This trailer looks like it has come from Australia since a commercial for an Australian product follows it.  It also has the Australian rating, M, for Mature, which means it’s deemed suitable for children over the age of 15.    This is the same rating many movies on Disney+ have including Avengers: Infinity War, Solo: A Star Wars Story and Dark Phoenix.

Many fans believe the trailer could be a fake and I’ve also been told by a source, that this trailer is a fan-made fake and the news isn’t true.

Last week, Disney announced that “The New Mutants” would be taking part in Comic-Con@Home, with a special virtual presentation.  It features writer/director Josh Boone and the stars of “The New Mutants,” including Maisie Williams, Anya Taylor-Joy, Charlie Heaton, Alice Braga, Blu Hunt and Henry Zaga and moderated by Ira Madison III.  This panel will be released on July 23rd, 2020, at 2 pm.

A trailer was also released last week, but it didn’t showcase the movies release date, leading many to speculate that the release date would change again and that it might be announced during the Comic-Con@Home panel.

During the Coronavirus crisis, Disney has already moved a number of titles from cinemas releases to Disney+, including “Artemis Fowl“ and “The One and Only Ivan”.

There are further complications with “The New Mutants”, due to an existing contract HBO has with 20th Century Fox, but Disney May have found a way around the situation, since if it skips theatres, it might be a legal loophole to get around the deal or they’ve paid to fix the issue.  But this only applies to the US, so there isn’t a reason why Disney couldn’t release “The New Mutants” on Disney+ in Australia, Canada or in Europe.  Many of the 20th Century Studios Marvel movies have been available on Disney+ since it launched.

Moving “The New Mutants” to Disney+ would also keep Marvel fans happy since “The Falcon and The Winter Soldier” won’t be making its August release date.

It’s important to remember, this new trailer could be fake, or it could be a legit leak, though hopefully, we will find out on Thursday during the Comic-Con@Home panel.

Personally, the whole release situation for “The New Mutants” is a mess and moving it to Disney+ would end give the movie a new lease of life, along with giving Marvel fans something new to watch.  I wouldn’t be surprised if it does move to Disney+, given the current situation with the Coronavirus and internationally, since the HBO issue doesn’t exist.

Do you think “The New Mutants” will be coming to Disney+?