Cast Revealed For Disney+ Original Movie “Out Of My Mind” 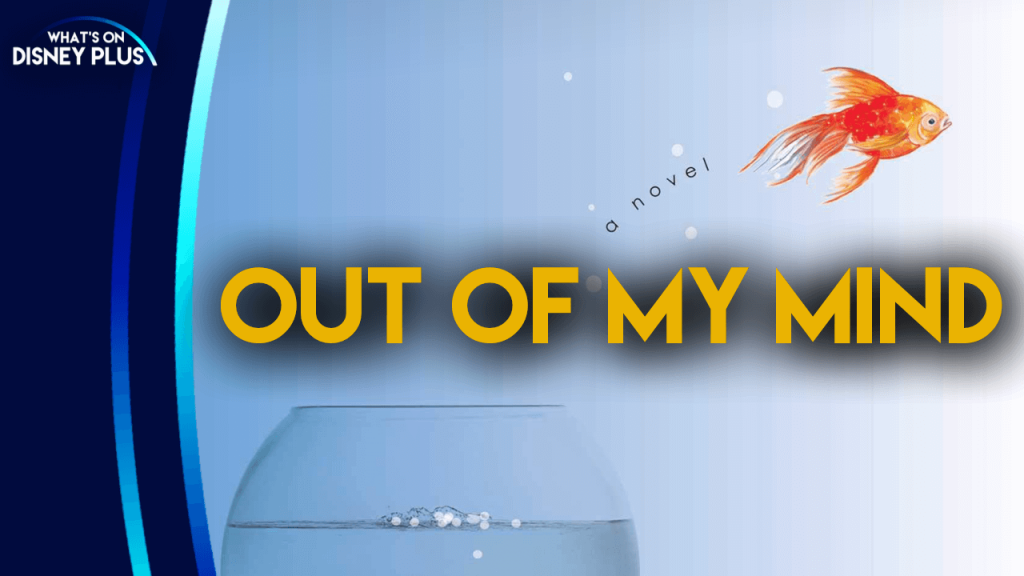 Cast Revealed For Disney+ Original Movie “Out Of My Mind”

Disney has announced casting details for the upcoming Disney+ Original film, “Out Of My Mind”. 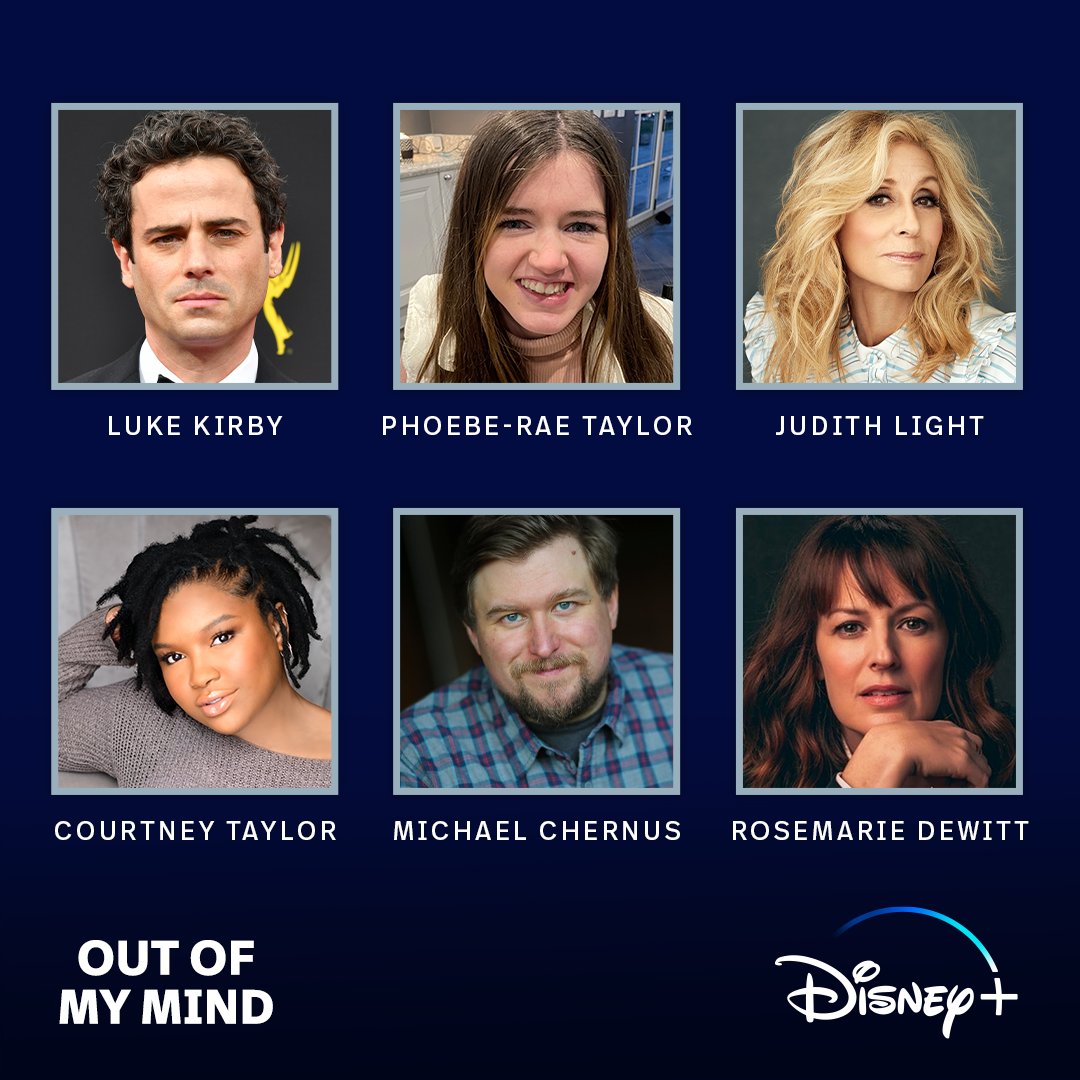 “Out of My Mind” follows Melody Brooks (newcomer Phoebe-Rae Taylor), a girl with cerebral palsy. Melody has a quick wit and a sharp mind, but due to her being non-verbal and using a wheelchair, she is not given the same academic opportunities as her classmates. However, when Katherine, a young educator notices her student’s untapped potential, she encourages Melody to participate in mainstream education, where greater successes – and challenges – await.

DeWitt portrays Diane, Melody’s mother and fiercest advocate, and Kirby plays her supportive father, Chuck. Light plays “Mrs. V.,” the Brooks’ eccentric but caring neighbor who, though her style may be unconventional, always looks out for Melody. Taylor is Katherine, a post-doctoral candidate and educator, and Chernus plays Mr. Dimming, Melody’s teacher and coach of her school’s trivia team.

Rosemarie DeWitt can be seen in “The Estate,” directed by Dean Craig and starring Toni Collette and Anna Faris, and is currently in the critically acclaimed HBO Max drama, “The Staircase.” In 2021, she starred in “The Same Storm,” directed by Peter Hedges and “An Uncandid Portrait.” She also recently appeared in Hulu’s “Little Fires Everywhere” starring alongside Kerry Washington and Reese Witherspoon. In 2018, she had lead roles in “Arizona,” “Song of Back and Neck” and “The Professor.” Prior to that she starred in the season three premiere episode of the acclaimed British series, “Black Mirror” for director Jodie Foster and in the 2017 indie-thriller “Sweet Virginia.” In 2016, DeWitt appeared in Damien Chazelle’s musical romance “La La Land” for Lionsgate opposite Ryan Gosling and Emma Stone. Other film credits include, Jason Reitman’s “Men, Women and Children,” Focus Features’ “Kill the Messenger” opposite Jeremy Renner, Gus Van Sant’s “Promised Land” opposite Matt Damon, “Your Sister’s Sister” opposite Emily Blunt and Mark Duplass, and Jonathan Demme’s “Rachel Getting Married.”

Luke Kirby is an Emmy-winning actor for his portrayal of Lenny Bruce in “The Marvelous Mrs. Maisel.”   Kirby recently wrapped shooting the MGM film “Dark Harvest” directed by David Slade, as well as the lead role in the first season of the Spectrum Originals series “Panhandle.” He stars in Amber Sealey’s “No Man of God” alongside Elijah Wood, which premiered at the 2021 Tribeca Film Festival.  On stage, he starred in Odon von Horvath’s critically-acclaimed play, Judgement Day, at New York’s Park Avenue Armory.   Kirby is also known for his role as Gene Goldman in “The Deuce” for HBO. He can be seen in M. Night Shyamalan’s “Glass”, and Nia DaCosta’s “Little Woods”, opposite Tessa Thompson, in Netflix’s “Tales of the City” as Tommy opposite Jen Richards, and on Facebook’s “Sorry for Your Loss” opposite Elizabeth Olsen.

Judith Light recently co-starred in Ryan Murphy’s “Impeachment: American Crime Story” on FX and appeared in Lin Manuel Miranda’s “tick, tick… Boom!” for Netflix. Her current projects include “Julia,” HBO Max’s drama series on Julia Childs, Starz’ horror comedy “Shining Vale” and Searchlight’s upcoming dark comedy “The Menu,” alongside Anya Taylor-Joy and Ralph Fiennes. She also just wrapped production on “The Young Wife” for FilmNation. Light starred in the anthology series “Manhunt: Deadly Games,” which can currently be found on Netflix, as well as Ryan Murphy’s Netflix series “The Politician,” and in the musical finale of “Transparent,” Amazon Prime’s Golden Globe-winning series, created by Joey Soloway, for which she received a Golden Globe nomination and multiple Emmy and Critics’ Choice nominations. Her role in Ryan Murphy’s “The Assassination of Gianni Versace: American Crime Story” garnered her an Emmy(R) nomination and Critics Choice nomination. In 2012 and 2013, Light won two consecutive Tony and Drama Desk awards for her performances in “Other Desert Cities” and “The Assembled Parties”; these two performances made her the first actress in nearly two decades to win consecutive Tony Awards. Light also received the 2019 Isabelle Stevenson Tony Award for her extensive philanthropy work. Light was just awarded the Excellence in Media Award from GLAAD. She is on the Board of Directors of the MCC Theatre in New York.

Michael Chernus currently stars as ‘Ricken’ on Apple’s critically acclaimed “Severance.” His impressive list of credits include Netflix’s “Easy” and “Orange is the New Black,” Hulu’s hit comedy “Ramy,” CBS’s “Tommy” opposite Edie Falco, Amazon’s cult hit “Patriot,” and the brilliant series “Manhattan.” He will next be seen in Alice Birch’s limited series “Dead Ringers” opposite Rachel Weisz for Amazon. Recent film credits include “The Courtroom, “which premiered at Tribeca 2022, the horror comedy “Werewolves Within” for director Josh Ruben and “Materna” for director David Gutnik, which both premiered at Tribeca 2021. Other varied film credits include; Marvel’s “Spiderman: Homecoming,”; “The Kindergarten Teacher, opposite Maggie Gyllenhaal; Noah Baumbach’s “Mistress America” opposite Greta Gerwig, as well as the Oscar-Nominated “Captain Phillips” opposite Tom Hanks, and a comedic standout role in “Men in Black 3.” On stage, Chernus won the 2011 OBIE Award and was nominated for a Lucille Lortel Award for his work in Lisa Kron’s “In the Wake” at The Public Theatre in New York City. Chernus’s voice can often be heard on NPR’s “This American Life.”

Courtney Taylor played Issa’s assistant “Quoia” on HBO’s “Insecure.” She will next be seen opposite Nathalie Emmanuel in the upcoming Sony Screen Gems feature “The Invitation” and in the ALLBLK series “Send Help.”

Roger has been a Disney fan since he was a kid and this interest has grown over the years. He has visited Disney Parks around the globe and has a vast collection of Disney movies and collectibles. He is the owner of What's On Disney Plus & DisKingdom. Email: Roger@WhatsOnDisneyPlus.com Twitter: Twitter.com/RogPalmerUK Facebook: Facebook.com/rogpalmeruk
View all posts
Tags: Out of my mind 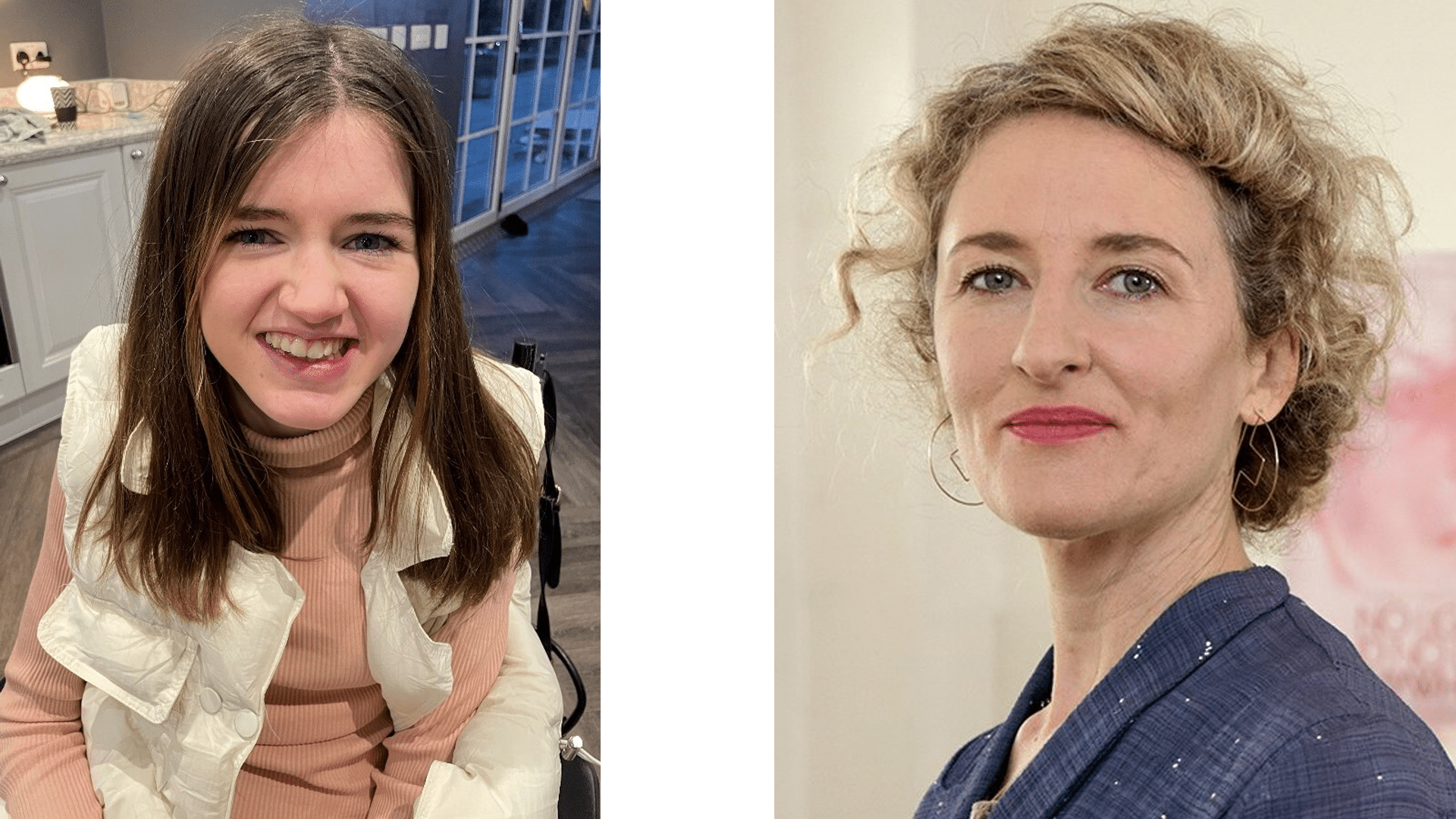