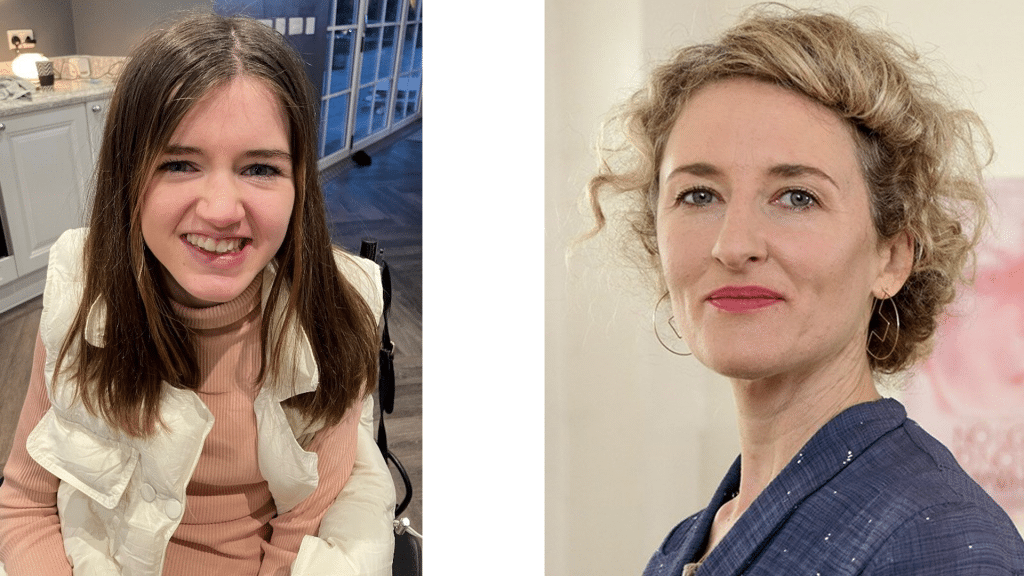 Disney has announced that the best-selling and award-winning novel “Out of My Mind,” by esteemed writer and professional educator Sharon M. Draper, will be adapted into a humor- and heart-filled movie by Big Beach, Participant, EveryWhere Studios LLC and Disney Branded Television for Disney+.

Academy Award nominee Peter Saraf (“A Beautiful Day in the Neighborhood,” “The Farewell,” “Little Miss Sunshine”) will produce along with Dan Angel (“Rescued By Ruby,” “Door To Door,” “Goosebumps”) and Participant (“Wonder”), a company that has produced more than 100 feature and documentary films that collectively have earned 85 Academy Award nominations. Executive producers are Big Beach’s Michael B. Clark and Alex Turtletaub, Participant’s founder Jeff Skoll and Robert Kessel, along with Tom Mazza, David Calver Jones and Brian Gott.

Amber Sealey (“No Man of God,” “How Does It Start”) will direct from an adapted screenplay written by Daniel Stiepleman (Humanitas Prize winner for “On the Basis of Sex”). The production team includes multiple people from the cerebral palsy and AAC (augmentative and alternative communication device) community, who have been involved from the earliest stages of development.

After a worldwide search, actress Phoebe-Rae Taylor will star in this heartwarming story introducing the multitalented 12-year-old Melody Brooks, a girl with cerebral palsy. Melody has a quick wit and a sharp mind, but due to her being non-verbal and using a wheelchair, she is not given the same academic opportunities as her classmates. Though she has fierce advocates in her parents, Melody yearns to be seen and heard by the world around her. When a young educator notices her student’s untapped potential, she encourages Melody to participate in mainstream education, where greater challenges and greater successes await.

“There’s a sense of exhilaration here as we embark with this very well-regarded creative team in adapting Sharon Draper’s candid, beautiful and powerful book that tells a universally relatable story about both following your dreams and having an impact in this world. It’s also a wonderful opportunity for us to center the lived experiences of people with disabilities.”

Amber Sealey said in a statement:

“I’m thrilled to tell this sophisticated, coming-of-age story that is unlike any we’ve seen before and to have such wonderful collaborators in Peter Saraf, Participant, Big Beach, Daniel Stiepleman and Disney. In Phoebe-Rae Taylor, we have found an amazing actress, and I can’t wait for the world to meet her. My hope is that ‘Out of My Mind’ will be an important part of disability awareness and inclusion and will expand the conversation surrounding diversity and disability.”

“‘Out of My Mind’ advances Participant’s mission of reaching audiences with incredible stories that celebrate difference and challenge preconceived notions about ability,” said.We are thrilled to work with Disney and the outstanding creative team to bring this story to life. Bringing a story that has been beloved by millions who’ve read the book to the screen is such an incredible opportunity. We get to make something that hasn’t been seen before — a coming of age story about a sixth grader who is non-verbal and uses a wheelchair and who will be played by a wonderful actress with cerebral palsy.”

Amber Sealey is an award-winning filmmaker whose 2021 feature “No Man Of God,” starring Elijah Wood and Luke Kirby, was released theatrically to rave reviews. Her features include “No Light and No Land Anywhere” (winner: Special Jury Award at the LA Film Festival, Indie Vision Breakthrough Award at Twin Cities Film Festival), and “How To Cheat” (winner: Best Performance at LA Film Festival, Best Narrative at BendFilm). Her short film “How Does It Start” world premiered at the Sundance Film Festival and won Best Narrative Short at the Sarasota Film Festival, among other awards. Sealey is a fellow of the AFI Directing Workshop for Women, and a participant of Ryan Murphy’s Half Initiative, the NBCUniversal Directors Initiative, the WeForShe DirectHer program and Film Independent’s Directing Lab and their Fast Track program. Sealey was recently announced as director of “Nod If You Understand,” a feature exploring the infamous D.B. Cooper airplane hijacking, with McFarland Entertainment producing. Sealey is represented by Paradigm, MGMT Entertainment and Ramo Law.

Sharon M. Draper is a New York Times bestselling author and a recipient of the Margaret A. Edwards Award, the Coretta Scott King Award (five times) and the Charlotte Huck Award. “Out of My Mind” received an NAACP Image Award nomination, a Parents’ Choice Award Silver Medal, Teacher’s Choice designation by The International Literacy Association (ILA) and Notable Children’s Book in Language Arts designation by the National Council of Teachers of English (NCTE). The sequel, “Out of My Heart,” is currently on the New York Times bestseller list. 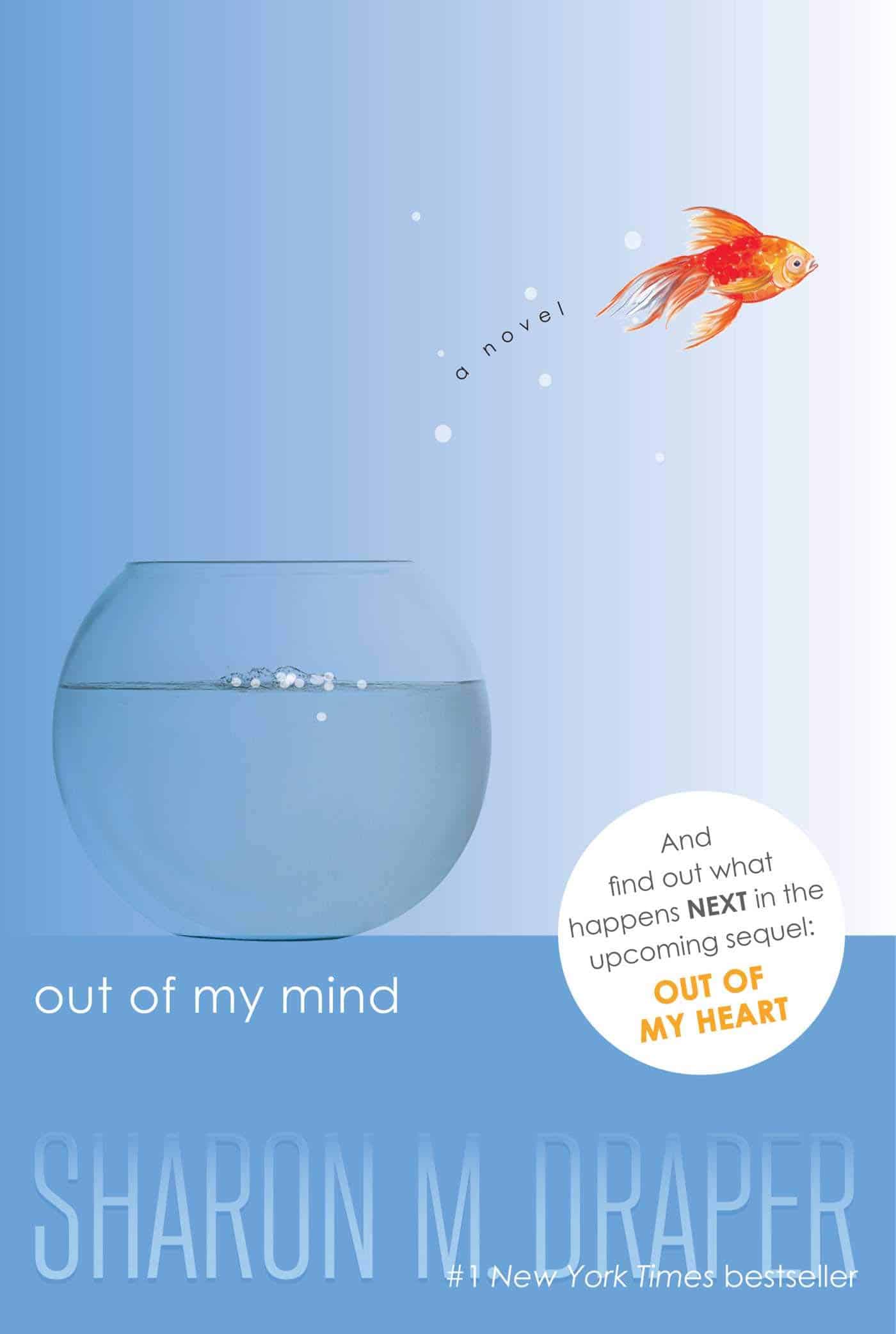 Roger has been a Disney fan since he was a kid and this interest has grown over the years. He has visited Disney Parks around the globe and has a vast collection of Disney movies and collectibles. He is the owner of What's On Disney Plus & DisKingdom. Email: Roger@WhatsOnDisneyPlus.com Twitter: Twitter.com/RogPalmerUK Facebook: Facebook.com/rogpalmeruk
View all posts
Tags: Out of my mind