What Disney+ Original Movies & Shows Will Be Available For The European Launch?

What's On Disney Plus > Blog > Front > What Disney+ Original Movies & Shows Will Be Available For The European Launch? 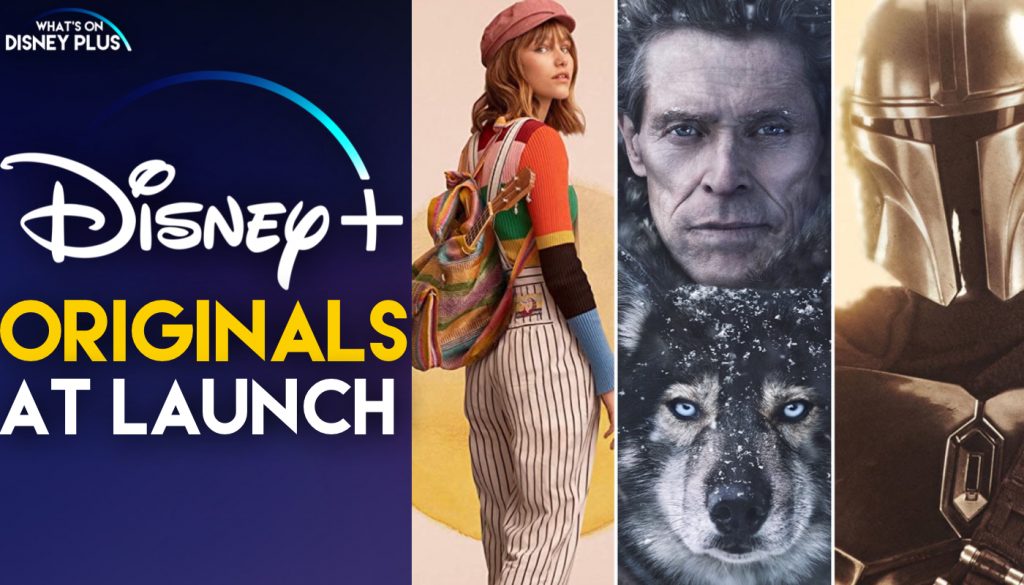 What Disney+ Original Movies & Shows Will Be Available For The European Launch?

Disney+ is set to launch in UK, Ireland, Germany, Italy, Spain, Austria, and Switzerland on March 24th with 26 original series and movies exclusively on the service including The Mandalorian and Togo.

In most cases, the Disney+ original series will have episode one available at launch. New episodes will be released weekly, and available on the service every Friday at 8am.  With the exception of Star Wars: The Mandalorian and The Clone Wars, which will launch with two episodes.

Here is a look at what Disney+ Originals will be available at launch across Europe:

From Disney+, “Togo” is the untold true story set in the winter of 1925 that takes you across the treacherous terrain of the Alaskan tundra for an exhilarating and uplifting adventure that will test the strength, courage and determination of one man, Leonhard Seppala, and his lead sled dog, Togo

In the new Disney+ series “Diary of a Future President,” we see the origin story of a future leader. Told using the narration of 12-year-old Cuban American girl Elena’s diary, this new family comedy follows her journey through the ups and downs of middle school, which set her on the path to becoming the president of the United States. “Diary of a Future President” was inspired by creator Ilana Peña’s (Crazy Ex-Girlfriend) childhood and is produced by Gina Rodriguez’s (Jane the Virgin) I Can and I Will Productions. Rodriguez directed the first episode and guest stars as grown-up Elena.

Directed by award-winning filmmaker Tom McCarthy, Disney+’s “Timmy Failure: Mistakes Were Made,” based on the best-selling book of the same name, follows the hilarious exploits of our quirky, deadpan hero, Timmy Failure, who, along with his 1,500-pound polar bear partner Total, operates Total Failure Inc., a Portland detective agency. An elementary school oddball, the clueless but confident Timmy (Winslow Fegley) must navigate the world of adults around him, including his overburdened mother (Ophelia Lovibond), her well-meaning boyfriend (Kyle Bornheimer), his teacher/nemesis (Wallace Shawn) and a school-mandated guidance counselor (Craig Robinson), all in his quest to become the best detective in the world.

DISNEY INSIDER is a docuseries taking fans behind the curtain of The Walt Disney Company. The series peels back the curtain of The Walt Disney Company like never before. Tune in each week as the series takes fans behind movies, theme parks, destinations, music, toys, and more. Each episode offers three unique stories that capture the magical moments and heartfelt storytelling that is Disney. We will be there first, to share our amazing stories, and through unrivaled access fans will see the true magic behind all things Disney.

“One Day at Disney” is a new collaboration between Disney Publishing Worldwide and Disney+ highlighting the talented men and women who bring life to some of Disney’s most beloved stories.  Disney+ includes a feature length documentary and 52-episode shorts.

A docu-series based on the film of the same name, featuring the stories of service animals, their trainers, and their human companions. Follow the six loveable dogs ; Paco, Pacino, Tulane, Raffi, Amara, and Tartan as they embark on a fascinating and suspenseful quest to become Guide Dogs For the Blind, the ultimate canine career.

One of the most critically-acclaimed entries in the Star Wars saga will be returning for its epic conclusion with twelve all-new episodes.  From Dave Filoni, director and executive producer of “The Mandalorian,” the new Clone Wars episodes will continue the storylines introduced in the original series, exploring the events leading up to Star Wars: Revenge of the Sith.

Bo Peep makes a big come back in Disney and Pixar’s Toy Story 4 and she leads the way in Pixar’s all-new animated short film, Lamp Life. Lamp Life answers the question of what happened to Bo since we last we saw her in Toy Story 2. Join Woody and Giggle McDimples as Bo recounts her wild adventures. The film airs exclusively on Disney+.

Be Our Chef (Coming March 27th)

“Be Our Chef,” a new Disney inspired cooking competition series, invites five diverse food-loving families to create themed dishes, all inspired by the magic of Disney. The families will compete for a once in a lifetime opportunity to present their very own Disney signature dish to be served at Disney Parks. In each episode, hosted by “The Office” star Angela Kinsey, two of the five families go head-to-head in a themed cook-off challenge, using family traditions and learned skills, all while representing their family through the Disney lens. The two families with the most wins make it to the spectacular finale, where they compete for the grand prize. The winner’s magical food creation will then become a signature dish or treat served at Walt Disney World.

Crafter extraordinaire, Amber Kemp-Gerstel, shares her passion for crafting with young families in a series of Disney-inspired DIY projects. Each episode highlights a different beloved Disney property with a one-of-a-kind craft, designed for families to build as a team. Amber guides them through an easy to follow, step-by-step process while exploring what makes Disney so special to each family.

Disney+ will be the exclusive home of SparkShorts, the Pixar Animation Studios short film series designed to discover new storytellers and explore new storytelling techniques from across the studio.  There are 6 shorts available including Float, Smash & Grab, Wind, Kitbull, Purl and Loop.

There are many more projects coming to Disney+ in the future, such as Big Shot, Muppets Now, Loki, Monsters At Work and many more from Marvel and Star Wars.

Roger has been a Disney fan since he was a kid and this interest has grown over the years. He has visited Disney Parks around the globe and has a vast collection of Disney movies and collectibles. He is the owner of What's On Disney Plus & DisKingdom. Email: Roger@WhatsOnDisneyPlus.com Twitter: Twitter.com/RogPalmerUK Facebook: Facebook.com/rogpalmeruk
View all posts
Tags: europe, what to watch