What's On Disney Plus > Blog > Reviews > Once Upon A Snowman Review

Disney’s latest Frozen short is “Once Upon A Snowman”, which is coming to Disney+ on Friday, October 23rd.  The 8 minute short kicks off straight into the middle of Elsa singing “Let It Go” and follows Olaf’s first steps as he comes to life.

He heads off in search of his identity in the snowy mountains outside Arendelle, coming into contact with a number of characters and locations from the original movie.

As you would expect from the Frozen franchise, this short maintains the visual standard of the previous films, along with the original voice cast, though most of that looks to be just reusing the same audio, except for Josh Gad, who plays Olaf.

There are a number of times I had “Back To The Future Part 2” vibes with this short, as events from “Frozen” unfold in the background, with Olaf’s own first adventure taking place in parallel.  I really enjoyed this aspect of the short, because its helping set up some of the future events from the movie such as why Olaf loves Summer and hugs. 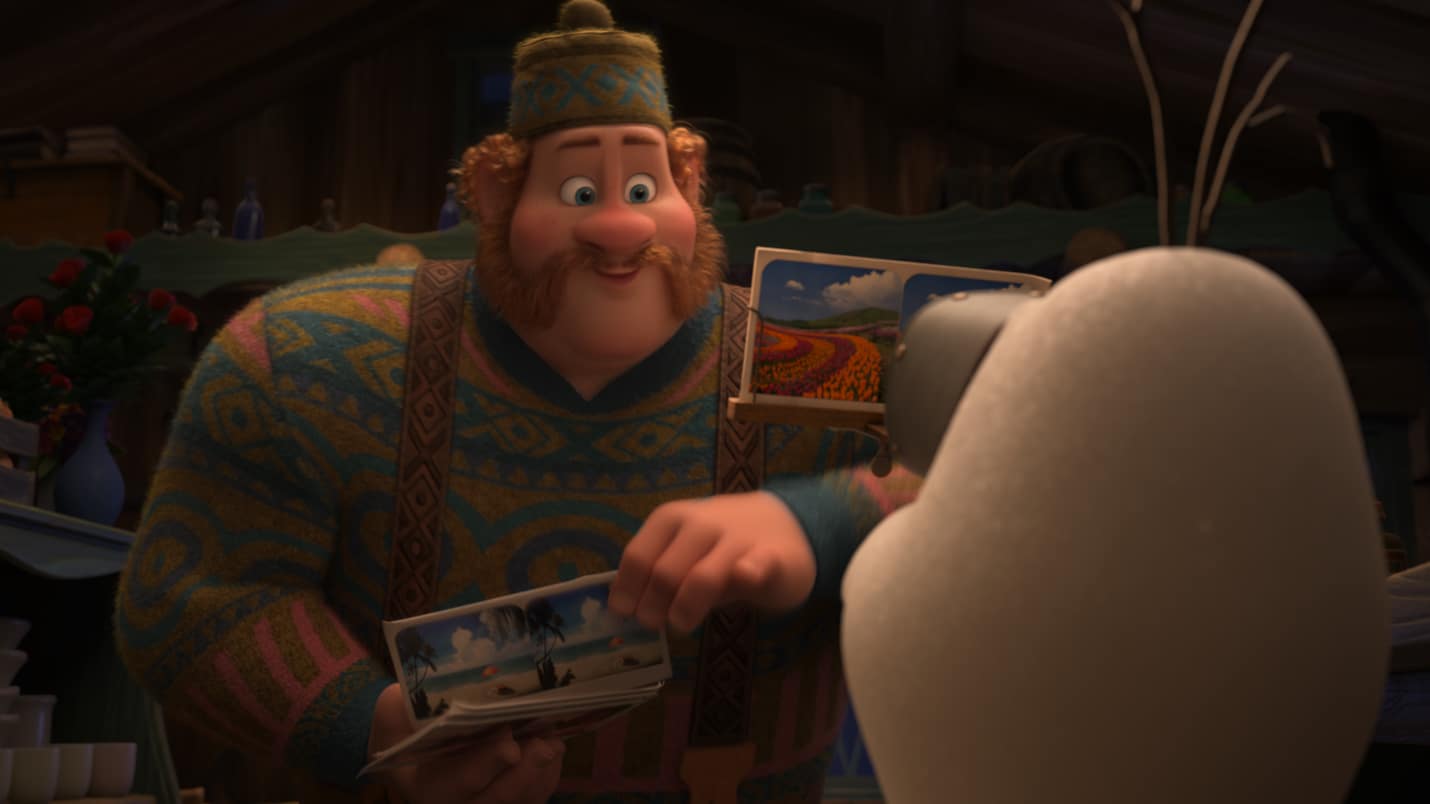 There are lots of little easter eggs throughout the short to keep an eye out.  So it’s worth watching a second time to spot them all.  It also features a few extra scenes in the credits, so make sure you watch it till the end.

As with all the Frozen shorts, it’s nice to have something new and it’s a nice little reminder of the franchise.  Olaf is my favourite character, so the more of him the better.

“Once Upon A Snowman” is a fun little short, its nothing groundbreaking, however its nice and familiar.  It delivers plenty of jokes, which will keep Frozen fans entertained.  I enjoyed it and as soon as the short finished, I instantly decided that I’d watch it again, so I’m sure young fans will do the same.  It’s a lovely, if simple and effective Frozen short, that does everything you’d want it to do.

However, it doesn’t feel in the same league as Frozen Fever or Olaf’s Frozen Adventure, since they were much longer, had a all new story and original songs.

If you have a Disney+ subscription and love Frozen, then this is a very simple recommendation!

“Once Upon A Snowman” is coming to Disney+ on Friday, October 23rd.

Roger has been a Disney fan since he was a kid and this interest has grown over the years. He has visited Disney Parks around the globe and has a vast collection of Disney movies and collectibles. He is the owner of What's On Disney Plus & DisKingdom. Email: Roger@WhatsOnDisneyPlus.com Twitter: Twitter.com/RogPalmerUK Facebook: Facebook.com/rogpalmeruk
View all posts
Tags: frozen, once upon a snowman, review