New details on the upcoming Marvel Studios Hawkeye Disney+ series have been starting to slip out as Hawkeye actor Jeremy Renner posted an image of himself on his Instagram Stories.

In the photo, we can see makeup giving him a very beaten up with bruises and cuts, teasing that he is now filming the new Hawkeye series: 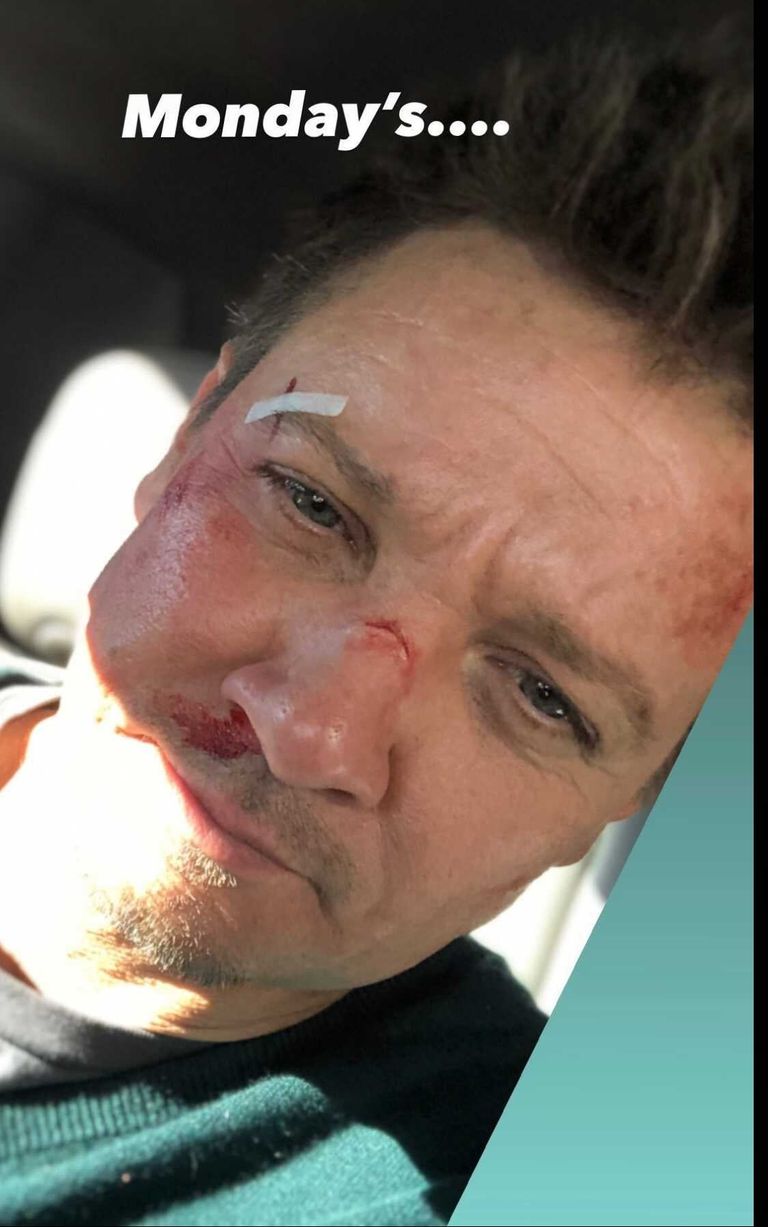 The show was originally supposed to start filming earlier this year but suffered delays due to the Coronavirus.

Filming is also set to take place in downtown Brooklyn in New York next week, as a warning notice has been placed up for locals advising them of some possible disruption and to move their vehicles.

Anchor Point is the working title/code name for the series, which is the name of the Hawkeye story where Kate Bishop is introduced.

With some of the series being filmed in New York, I’m sure there will be lots of behind the scenes photos leaking out onto the internet.

Are you looking forward to the new Hawkeye series on Disney+?