Disney has released a new poster for the upcoming Disney+ Original, “Marvel Studio Assembled: The Making Of WandaVision”.

The first episode of Assembled, a new ongoing series of specials, focuses on the series. Join Elizabeth Olsen, Paul Bettany and WandaVision’s creative team as the episode pulls back the curtain on this highly groundbreaking series. Learn how the production’s surprising concept took shape by drawing inspiration from classic sitcoms. Witness how the crew went to great lengths to emulate various filmmaking methods used during the early years of television. Discover the unique challenges and ultimate rewards of performing an entire episode in front of a live studio audience. Spend time with exciting newcomers to the MCU, such as Teyonah Parris and Kathryn Hahn, along with returning favorites like Kat Dennings and Randall Park. 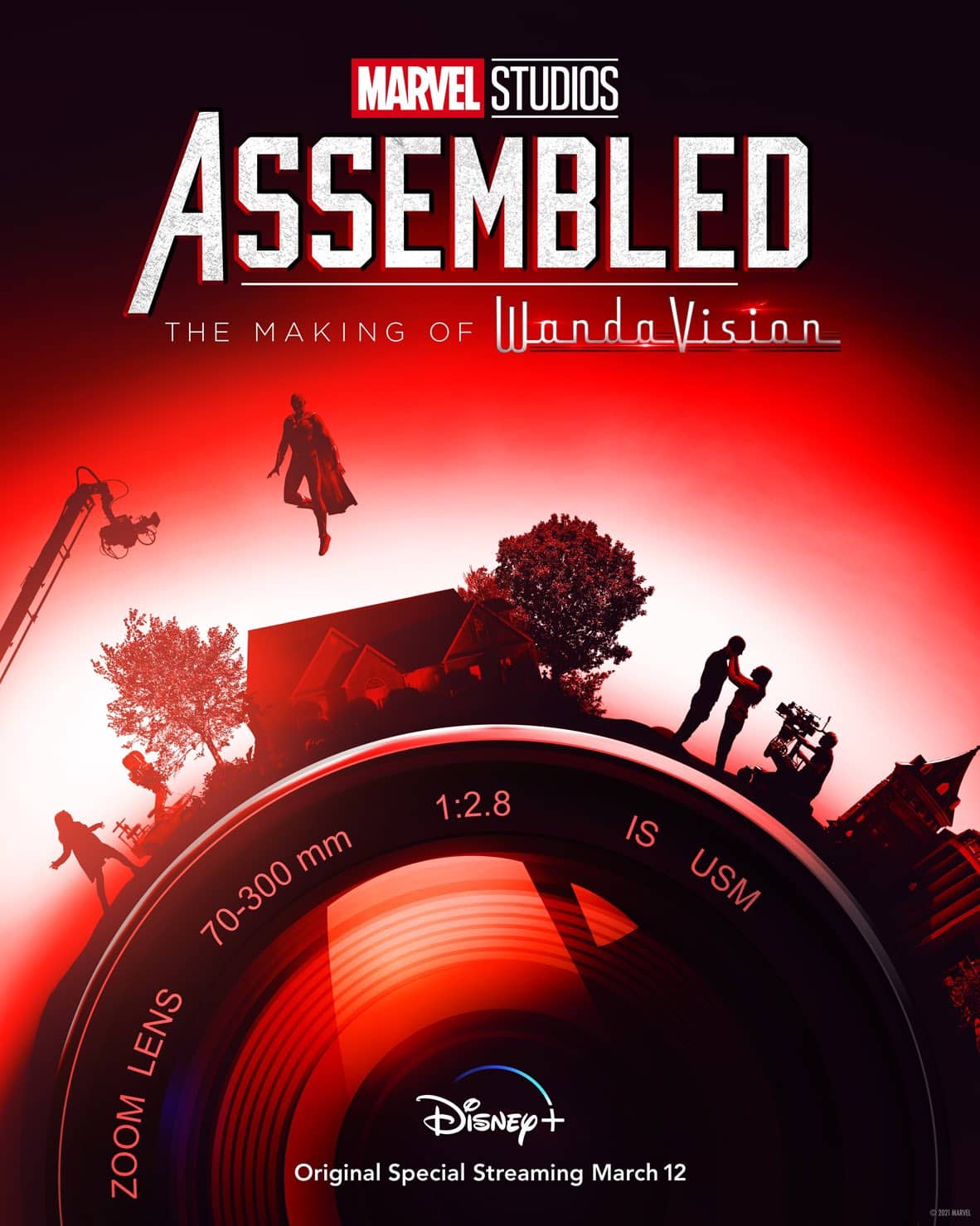 The first episode arrives next Friday on Marcy 12th. With future episodes coming later this year on “Black Widow”, “Loki” and “The Falcon and The Winter Soldier”.

Are you looking forward to “Assembled”?

Roger has been a Disney fan since he was a kid and this interest has grown over the years. He has visited Disney Parks around the globe and has a vast collection of Disney movies and collectibles. He is the owner of What's On Disney Plus & DisKingdom. Email: Roger@WhatsOnDisneyPlus.com Twitter: Twitter.com/RogPalmerUK Facebook: Facebook.com/rogpalmeruk
View all posts
Tags: Assembled, Marvel