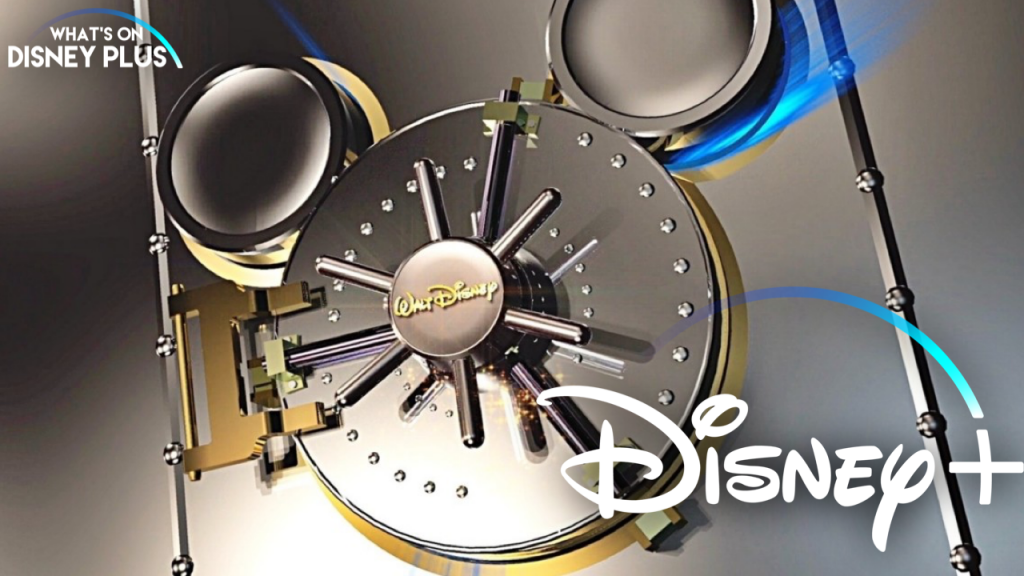 It’s an exciting time to be a Disney fan, and we see it daily in the What’s On Disney Plus community.

Fans who are single or married, old or young, of diverse ethnicities and backgrounds all share memories of being impacted by a film or TV series that originated from creative Disney storytellers. (After nearly 100 years, the company has had several generations of them.)

Each person knows that Disney+ presents an opportunity to finally share those on-screen stories, many locked away and never released, with their kids, friends, or significant other.

In fact, with the launch of Disney+ just one month away, The Walt Disney Company is banking on that nostalgia and desire to sustain cultural memory as they enter the streaming wars.

This year, the world’s largest media corporations — including WarnerMedia, Apple, Viacom, and Comcast — have all decided Netflix has a pretty good business model.

Rather than license their films and TV shows to Netflix, they’re launching their own streaming video on demand (SVOD) services. There’s Apple+ coming this fall, then Warner’s HBOMax and Comcast’s Peacock for NBC/Universal content coming next year. They’re spending billions upon billions, and the competition for subscribers is fierce.

Enter Disney. They’re also spending billions on new content as well as infrastructure for Disney+ — to keep those streaming servers humming. But they’ve also recognized that legacy content, the films and shows in their fabled “vault,” remains the most valuable benefit to pull subscribers in.

6 Comedies to Add Before @DisneyPlus Launch:

Like their many competitors, Disney has a wide audience in mind — to start, they’re drawing them in with The Mandalorian. Some will get the seven-day trial as they skip around to various streaming services.

For Disney+ to be sustained with monthly subscribers, they have to do more than get their core fans to begrudgingly fork over $7 a month. Disney wants their fans to be surprised and wowed by what’s on Disney+ — to become evangelists for the service.

Today, the world’s largest entertainment company needs their fans as never before. If fans demand it, Disney has every incentive to release as much quality content from their vault as possible. It’s better than a thousand past petitions to “open the vault”… which were ineffective, but we did it anyway.

The next four weeks or so present fans a unique opportunity. Disney recently launched a free trial of Disney+ in the Netherlands. (That country happens to be where Netflix has their European headquarters.)

Thanks to that trial version, along with an unofficial list circulating, fans now have a good idea of which titles Disney+ execs have planned to launch with. The initial read from many fans is that Disney+ is a decent deal… but it could certainly be better.

Right now, only fans care enough to be paying attention to what’s in and what’s out of their vast catalog. Considering how much research Disney puts in to every corporate decision, you can bet Disney+ content team leaders are carefully monitoring what fans are saying about the planned D+ selection.

If fans’ social media posts are mostly about planning parties or skipping work on Nov. 12, the Disney+ team can report up the chain that their core fanbase is ecstatic… rather than sharp-eyed Disney fans being a bit frustrated, noticing the absence of favorite movies and shows.

Hundreds upon hundreds of titles in the Disney/20th Century Fox/ABC “vault” would be a perfect fit for Disney+. Now is the time for fans to learn what’s in the back catalog, identify the few (or dozens) they want to see released, and communicate that to the Disney+ team who are monitoring social media.

Why now? Because Disney’s focus is starting to shift to guiding the PR themes mainstream media will focus on. That means lots of analysis of The Mandalorian, which Marvel titles are coming next to D+, whether the newly produced originals are any good, rapid-response to any tech issues, how fast it’s growing, and how much families love it.

After November 12, only the most vocal, organized calls for specific legacy titles will get noticed.

Accepting the Limits of Disney+

Disney fans are a remarkably diverse lot — especially once you add in fans of Marvel, Star Wars, the Muppets, Pixar, 20th Century Fox, National Geographic, and countless other properties Disney has acquired in recent decades.

I don’t pretend to know what titles all fans, or most fans, want to see released. But I’ve sought out obscure and out-of-print Disney titles enough to know which ones I hope to see on Disney+ — what would help it better reflect the company’s near-century of quality storytelling for all ages.

In thinking through lists, I try to be smart, specific, and circumspect. Recommendations are smart in reflecting enough research to know these are actually Disney, Fox, or ABC titles. They’re specific in that they include a release year and other relevant information. They’re circumspect in that they reflect the brand identity Disney wants to establish for Disney+.

That last point is key. Disney execs have stated that, because parents of young children are a primary target audience, no R-rated titles will be on Disney+. Those content execs see Hulu, which Disney now has a majority stake in, as the home for quality Disney-owned R-rated content such as Tombstone, The Joy Luck Club, Crimson Tide, and Alien.

Further, like all American movie studios founded nearly one hundred years ago, Disney also has an unfortunate history of some legacy content that reflects dehumanizing racist stereotypes. Disney president Bob Iger has confirmed that certain titles like Song of the South will never be publicly released.

I believe we fans should accept these decisions and move on to what we could potentially influence.

If you’re new to Disney fandom, or need a refresher on childhood favorites, sources to research the Disney, Fox, and ABC catalog include Disney Wiki, IMDB, the Disney Movie Club, and other websites.

This post includes tweets regarding specific Disney+ title recommendations. An easy way to get the attention of Disney+ content execs is to retweet what you agree with, or share this post. Or write your own tweet, tagging official accounts @DisneyPlus and @DisneyPlusHelp while using the hashtag #OpenTheVault.

Many fans will be tweeting and writing in the coming weeks about their own Disney+ recommendations. To narrow the list, here are five personal picks for top-priority films and TV shows to add to Disney+:

Jim Henson spent decades pursuing his dream of “making millions of people happy.” He finally achieved it in the late 70s with a syndicated variety show that ran for 120 episodes — every one full of wildly diverse musical numbers and laugh-out-loud moments.

I’m a bit old school, having an affinity for projects that Walt Disney himself was personally involved with — including this swashbuckling adventure series. Mystery, comedy, adventure, and romance all play a part in these 78 episodes, starring Guy Williams as the masked man.

While Disney’s civil rights dramas have been surface-level at times, this one from African American director Eric Laneuville (Blue Bloods) has been widely praised — winning a prestigious Peabody Award. It recounts how nine students led the way in ending racial segregation at an Arkansas high school in 1957.

Set during the 1860s in the Australian outback, this ensemble drama follows a group of disparate American and Australian travelers who must work together to forge a new path. Founding a stagecoach line proves full of challenges, from outlaws to economic challenges to relational conflicts.

A stable boy in first-century Nazareth has to part with his beloved donkey, as a man and his pregnant wife have need of it for their journey to Bethlehem. Disney animators retell the Nativity story from a unique angle.

What Are Your #OpenTheVault Picks?

Let’s not pretend it will be simple or immediate to add some of these films and shows. Some titles have never released even on VHS, so original prints may need to be converted and remastered. Disney also plans to dub or at least subtitle in multiple languages what they add to Disney+, so that takes time.

In addition, some films and TV series have multiple owners, particularly when music performance is involved, and Disney has to work out those rights issues. For instance, later seasons of The Muppet Show featured major recording artists like Paul Simon, Johnny Cash, and Gladys Knight.

But fans shouldn’t accept excuses that rights issues are too complicated. Disney execs have said Disney+ is the “top priority” of their company valued at over $100 billion — and any issues can be overcome with enough persistence and dollars. (Example: the recent reversal on Spider-Man rights sharing.)

Which legacy titles are you hoping make it onto the new streaming service?

Freelance journalist Josh M. Shepherd covers culture and entertainment for several media outlets, including articles on Disney Plus, the surprising impact of Mary Poppins and Disney nostalgia. A graduate of the University of Colorado, Josh and his wife live in the Washington, D.C. area with their son.