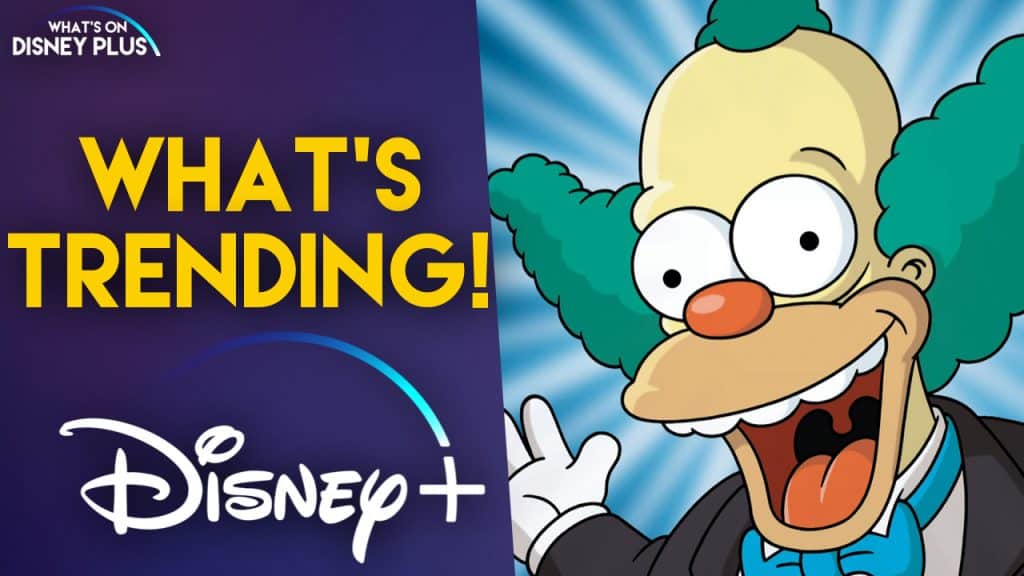 It’s Sunday and time to take our weekly look at what everybody is watching on Disney+.  This week has seen “The Simpsons” once again reclaim the top spot on the trending chart, knocking off the new Disney+ Original movie “Artemis Fowl”.

Here is the Disney+ Trending chart for week ending Sunday 21st June 2020 for the United States:

This week has seen a number of new movies push their way onto the trending chart, since they’ve just been added to Disney+, its interesting to see that “Fantastic Four” (2015) has jumped so high into the charts, considering the reaction to that movie being added.

“Black Panther” and “The Princess and the Frog” have also both moved into the trending chart, as Disney added a “Celebrate Black Stories” collection onto the Disney+ home page.

It was the 10th anniversary of the release of “Toy Story” 3 this week, and people have been rewatching that movie.  People have also been watching other Toy Story content, especially in other regions such as the UK, which saw “Toy Story With Terror” and “Toy Story That time Forgot” added to the platform.

Disney don’t provide actual viewing numbers for Disney+, so this chart is based off the Trending section on my Disney+ app on Sunday morning.  Numbers within brackets indicate last weeks spot on the trending chart.