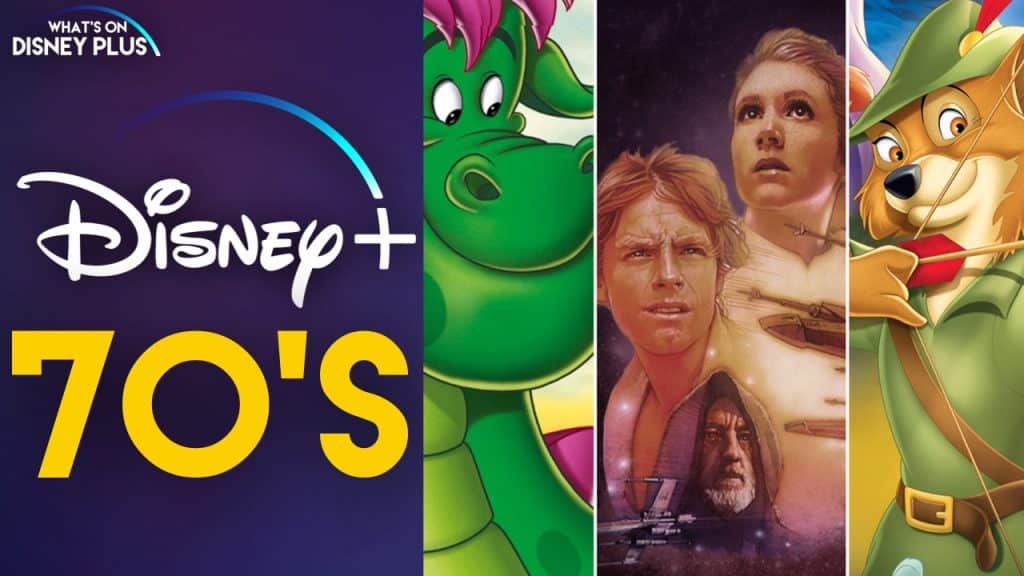 The 1970’s was an interesting year for Disney fans, with lots of great animated classics, along with lots of live action movies, all of which people have grown up with.  Many of these classic movies are available to stream on Disney+, so if you are after a little throwback to the 1970’s, this list should give you an idea of what’s available.

One of my favourite movies as a kid, this movie tells the story of three children who are evacuated from London during World War II and are forced to stay with an eccentric spinster (Eglantine Price). The children’s initial fears disappear when they find out she is in fact a trainee witch. 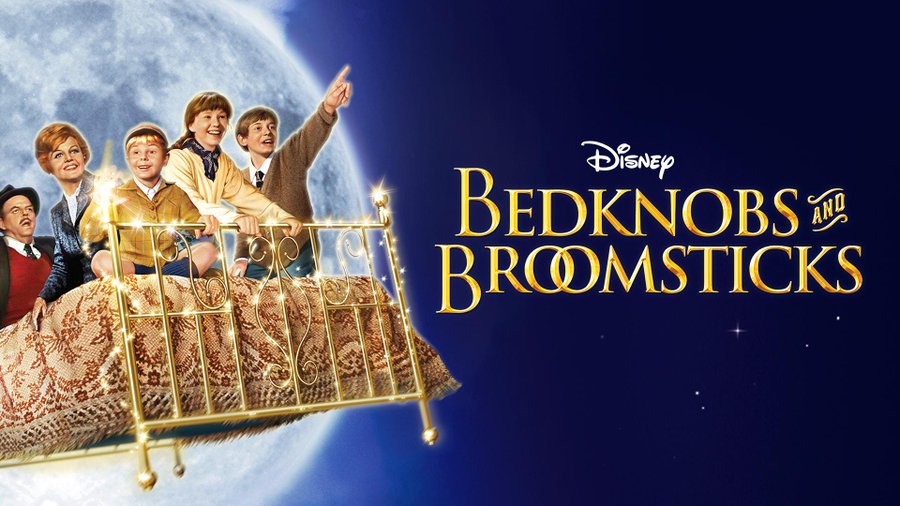 When Madame Adelaide Bonfamille leaves her fortune to Duchess and her children—Bonfamille’s beloved family of cats—the butler plots to steal the money and kidnaps the legatees, leaving them out on a country road. All seems lost until the wily Thomas O’Malley Cat and his jazz-playing alley cats come to the aristocats’ rescue. 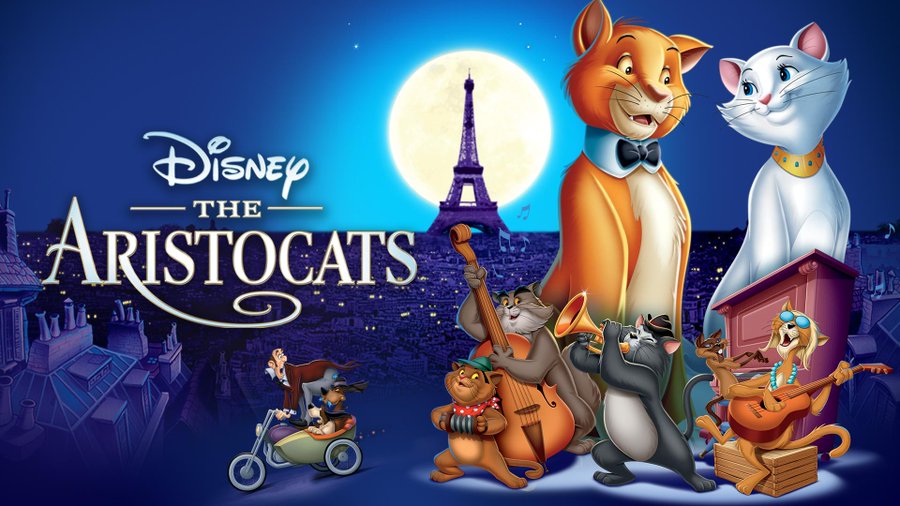 What can two little mice possibly do to save an orphan girl who’s fallen into evil hands? With a little cooperation and faith in oneself, anything is possible! As members of the mouse-run International Rescue Aid Society, Bernard and Miss Bianca respond to orphan Penny’s call for help. The two mice search for clues with the help of an old cat named Rufus. 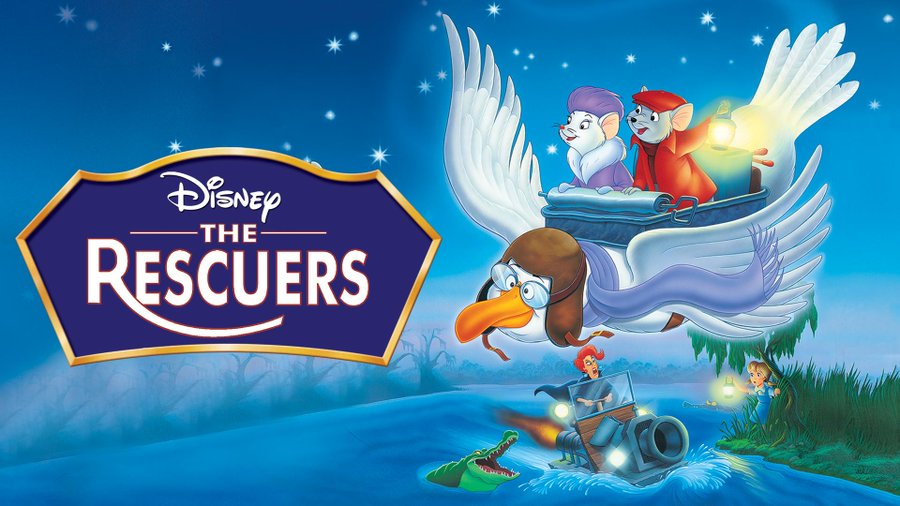 Albert Dooley (Dean Jones), a financially strapped scientist, and his wife, Katie (Sandy Duncan), think their money problems have been solved when the duck Albert has been experimenting on starts laying eggs with golden yolks. However, Albert’s ambitions are sidetracked when his meddling neighbor Mr. Hooper (Joe Flynn) begins spying on his family and discovers the duck’s amazing ability. After word spreads about the duck, Albert and his family soon find themselves pursued by greedy FBI agents. 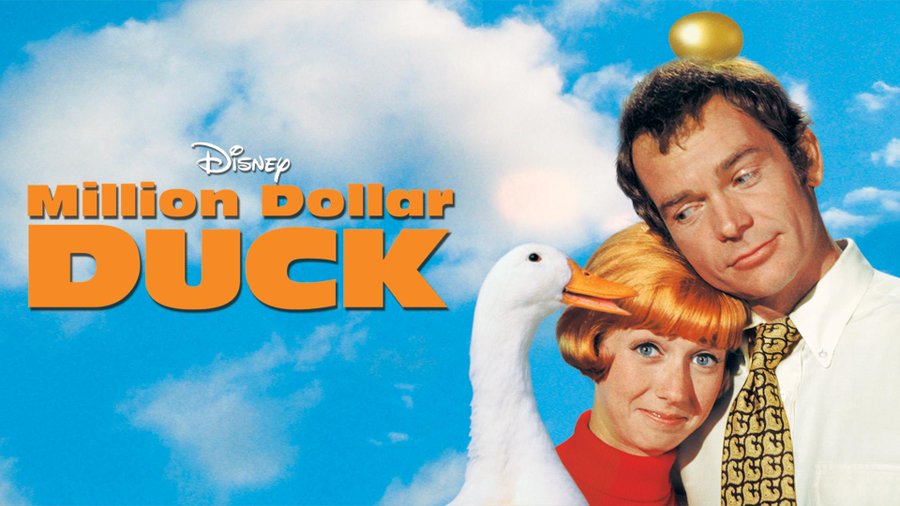 Tony (Ike Eisenmann) and Tia Malone (Kim Richards) are two orphaned siblings with extraordinary psychic powers. When their abilities attract the attention of a cruel millionaire, Aristotle Bolt (Ray Milland), he kidnaps them with plans to exploit their powers for financial gain. Tony and Tia escape, and with the help of Jason O’Day (Eddie Albert), a bitter widower camping in a nearby Winnebago, they attempt to elude Bolt and begin to discover their otherworldly origins. 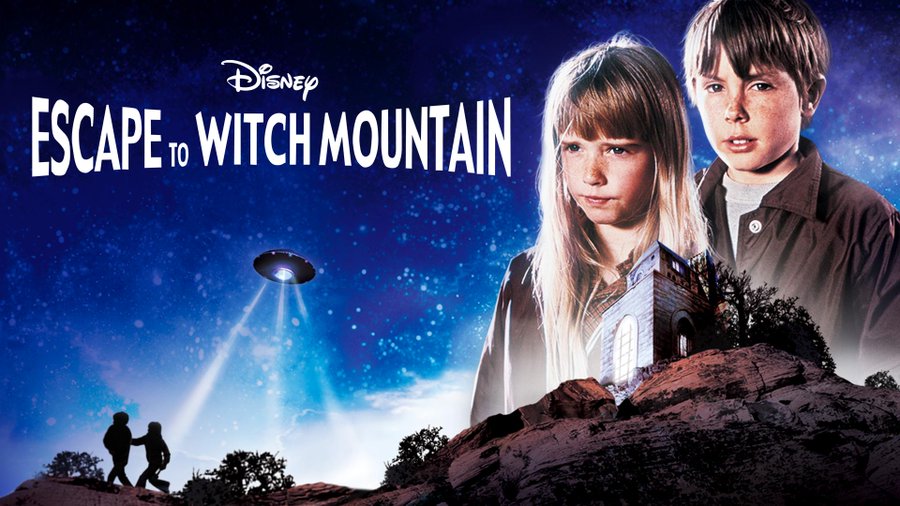 Tony (Ike Eisenmann) and Tia (Kim Richards) are other-worldly twins endowed with telekinesis. When their Uncle Bene drops them off in Los Angeles for an earthbound vacation, a display of their supernatural skill catches the eye of the nefarious Dr. Gannon (Christopher Lee) and his partner in crime, Letha (Bette Davis), who see rich possibilities in harnessing the children’s gifts. They kidnap Tony, and Tia gives chase only to find Gannon is using her brother’s powers against her. 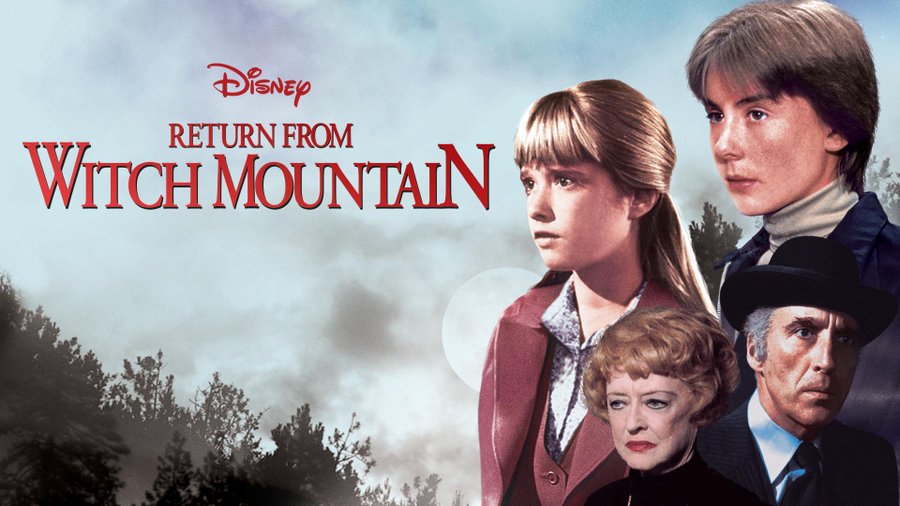 The Strongest Man in the World

Dexter (Kurt Russell) has a bold idea for his college chemistry project: creating a formula that will make humans stronger. A lab mishap results in a blend of his solution and a vitamin-rich cereal. Amazingly, when students try the cereal, it briefly provides superhuman strength. The college dean tries to take advantage, pitching a deal to the cereal company, oblivious to the formula’s actual contents. Things turn serious when cereal competitors hire thugs to eliminate the new miracle product. 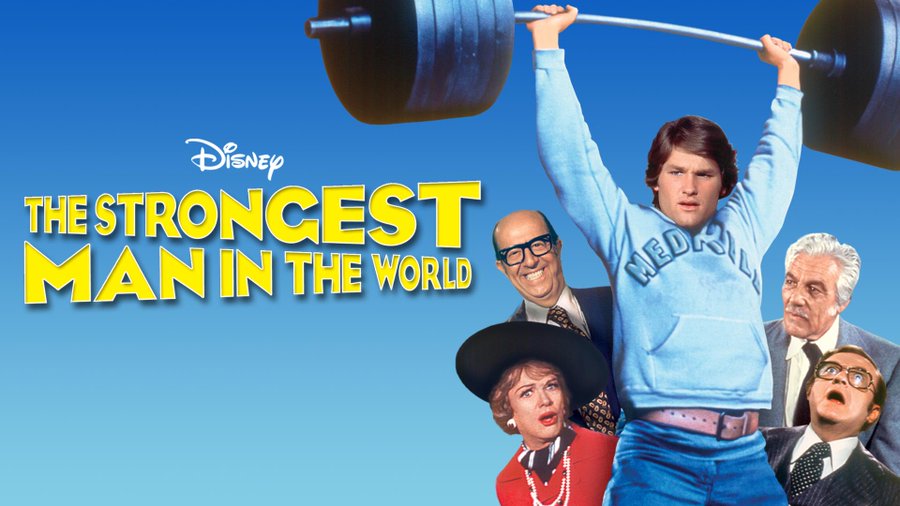 Elliott, a magical and sometimes mischievous dragon, causes chaos in a Maine fishing village when he tries to help a young orphan called Pete escape from his evil foster parents. Pete wants to live in the lighthouse with Nora and her father. Will Elliott be able to help her achieve her dream, while avoiding the clutches of the greedy Dr Terminus who wants to exploit him?  This is one of my all time favourite movies and I must have worn the VHS cassette out due to the amount of times I watched this classic. 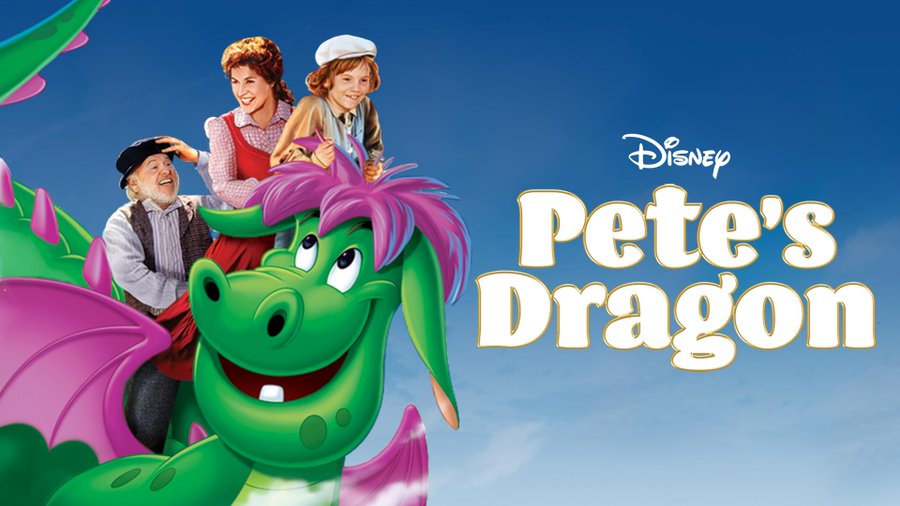 The Imperial Forces — under orders from cruel Darth Vader (David Prowse) — hold Princess Leia (Carrie Fisher) hostage, in their efforts to quell the rebellion against the Galactic Empire. Luke Skywalker (Mark Hamill) and Han Solo (Harrison Ford), captain of the Millennium Falcon, work together with the companionable droid duo R2-D2 (Kenny Baker) and C-3PO (Anthony Daniels) to rescue the beautiful princess, help the Rebel Alliance, and restore freedom and justice to the Galaxy.  If you only watch one movie on this list, make it this one.  It revolutionised the world of movies. 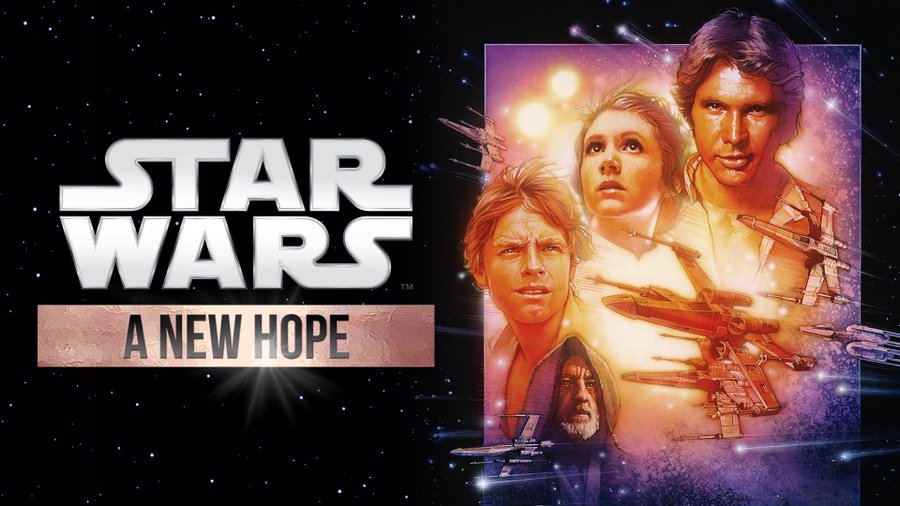 In post-Civil War Kentucky, young David Burnie becomes the unexpected heir to the family secret: a map leading to buried treasure on the Florida isle of Matecumbe. 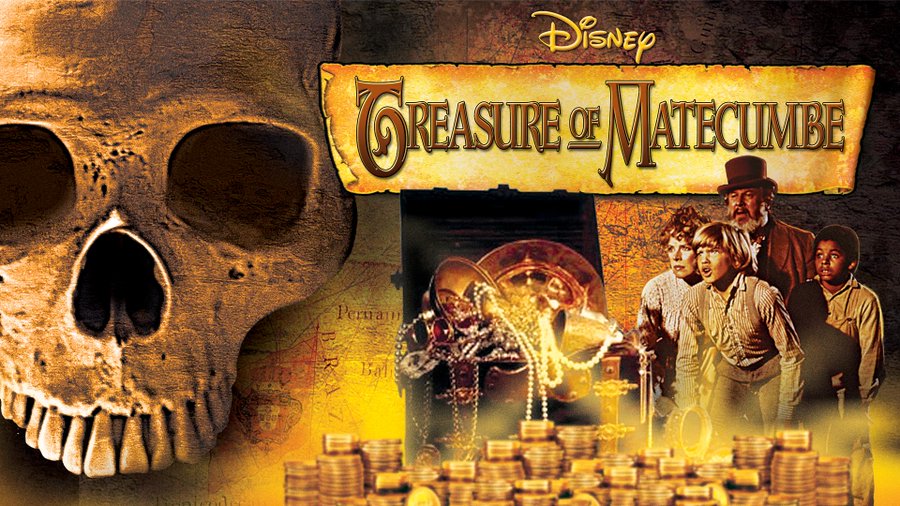 Yugoslavian farm boy Andy Petrovic (Gary Grimes) loves soccer, but is useless on the playing field. When he announces to his beloved mule, Gus, that he’s giving up the game for good, the animal obligingly kicks Andy’s soccer ball far away. Soon, Andy has trained Gus to kick the ball on command. After the story of Gus the goal-kicking mule makes the news, the owner (Edward Asner) and coach (Don Knotts) of a hapless California football team draft Gus and Andy as their new field goal unit. 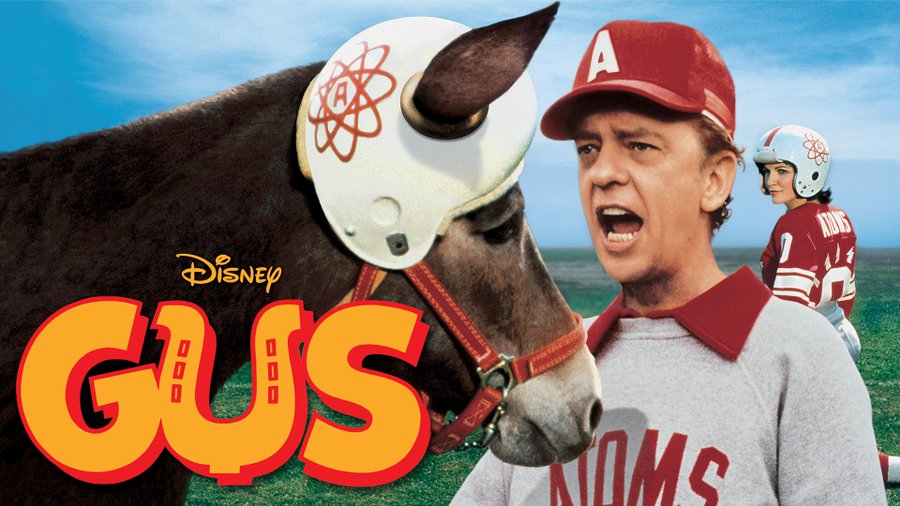 Hawk wants to build a shopping mall but a widow won’t sell the remaining plot that he needs to proceed with his plan. He resorts to all kinds of schemes not knowing that she has an ace up her sleeve. 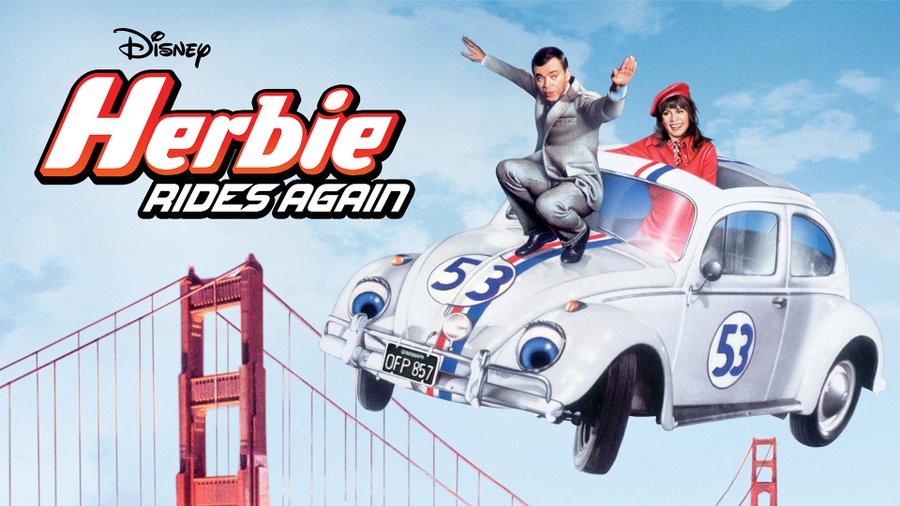 Herbie was busy in the 1970’s.  Herbie, the Volkswagen Beetle with a mind of its own, is racing in the Monte Carlo Rally. But thieves have hidden a cache of stolen diamonds in Herbie’s gas tank, and are now trying to get them back. 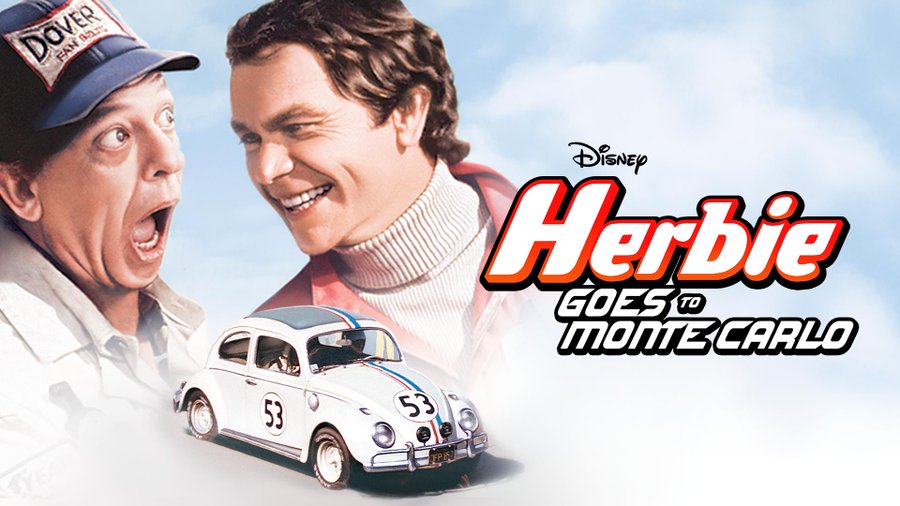 School girl Annabel is hassled by her mother, and Mrs. Andrews is annoyed with her daughter, Annabel. They both think that the other has an easy life. On a normal Friday morning, both complain about each other and wish they could have the easy life of their daughter/mother for just one day and their wishes come true as a bit of magic puts Annabel in Mrs. Andrews’ body and vice versa. They both have a Freaky Friday. 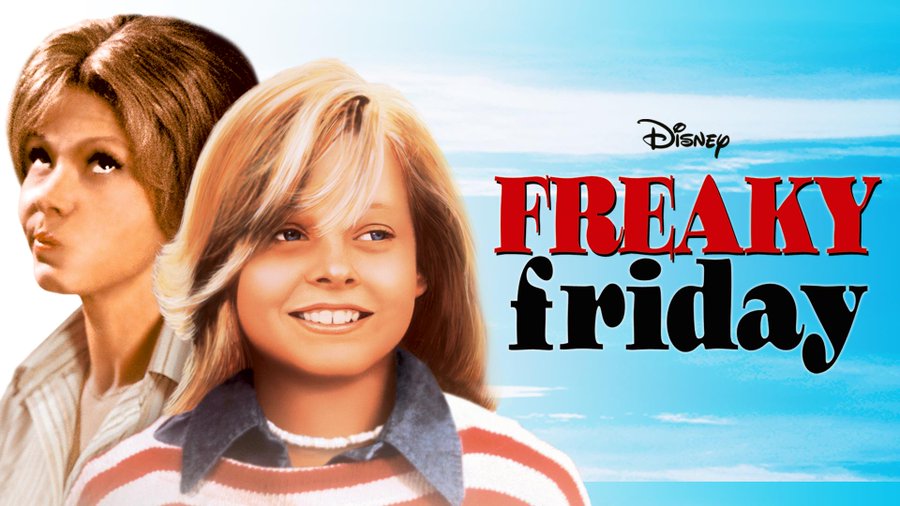 The Cat From Outer Space

A UFO captained by a cat-like extraterrestrial (Ronnie Schell) is intercepted by the U.S. Military. The spacecraft’s feline pilot, who goes by the human name Jake, reveals to his captors that he must locate a substance called “Org 12” to restore his battered spacecraft and reunite with his mothership. With help from scientist Frank Wilson (Ken Berry), Jake figures out the Earth equivalent of Org 12 — gold — and then activates his collar’s technological capabilities to help retrieve it. 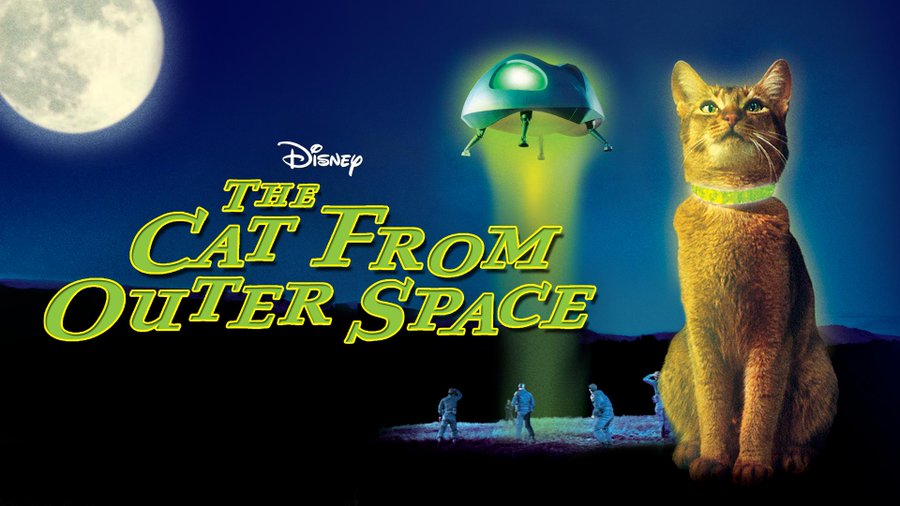 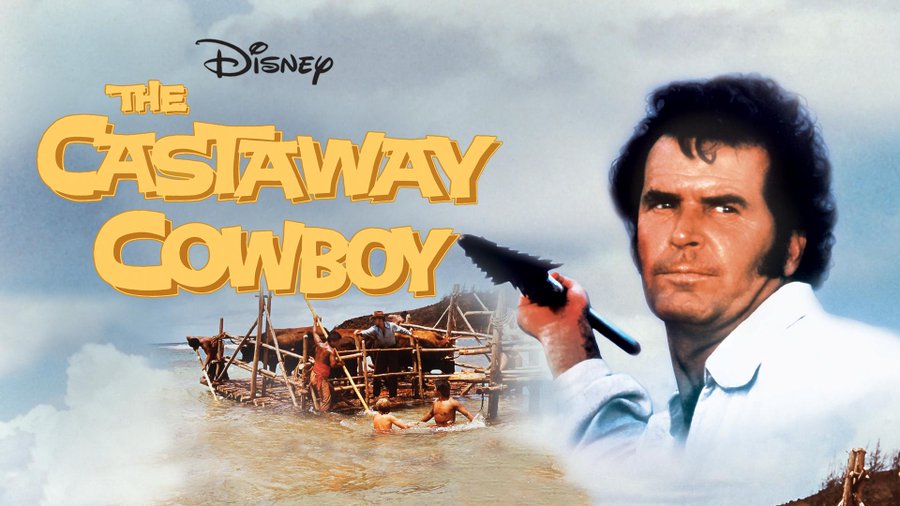 When ex-con artist Harry (Leo McKern) claims that a secret treasure is hidden inside Candleshoe, an English estate, he creates an elaborate plan to find and steal the prize. By convincing a girl named Casey (Jodie Foster) to impersonate the estate owner’s granddaughter, Harry hopes to uncover the treasure’s location. But when Casey has a change of heart, she must follow the clues and find the treasure, in order to save Candleshoe and stop Harry before it is too late. 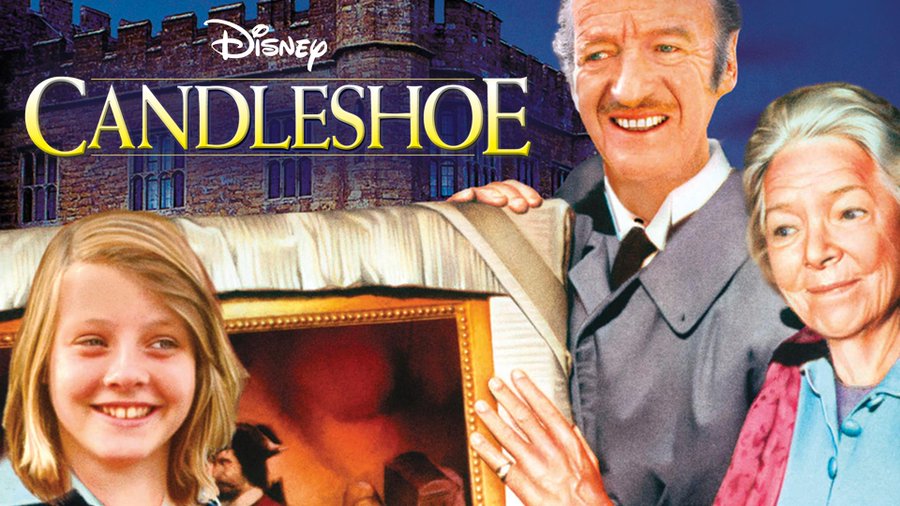 Dom DeLuise persuades Kermit the Frog to pursue a career in Hollywood. He is joined by other Muppets like Miss Piggy and Fozzie Bear. But Hermit must avoid the owner of a frog-leg restaurant.  A real classic! 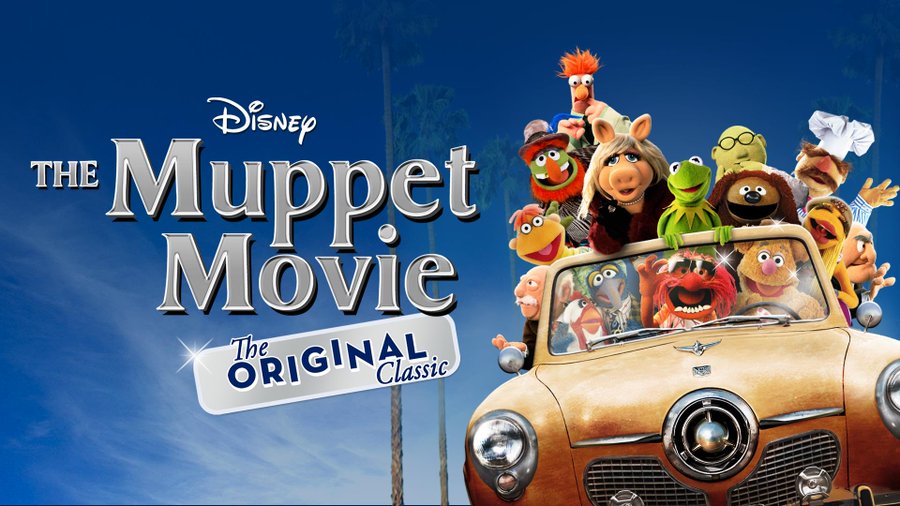 A Canadian cowboy (Tab Hunter) catches a wild horse in the Rockies and enters him in the Calgary Stampede. 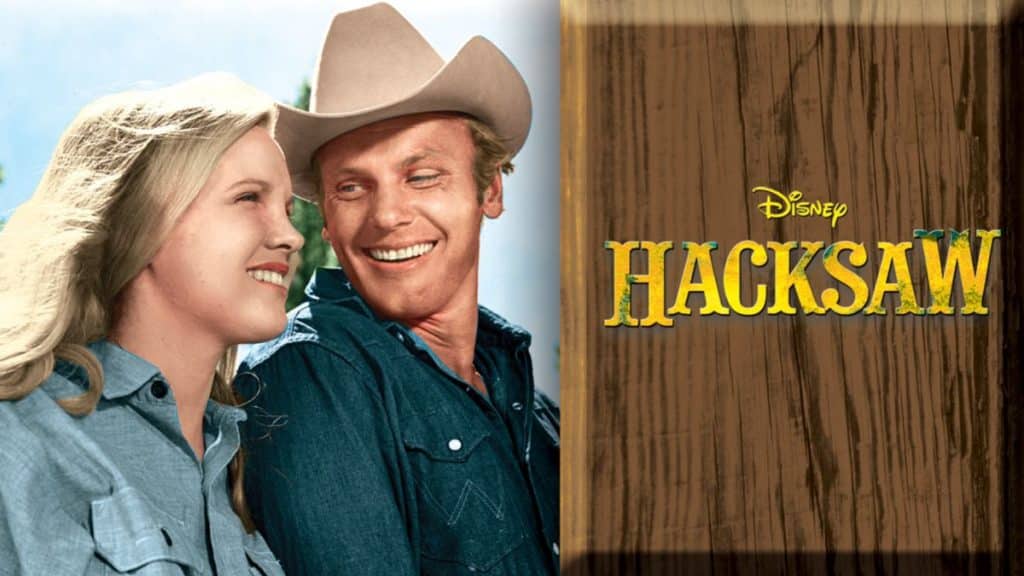 Robin Hood, an outlaw, starts forming a gang in Sherwood Forest to fight the injustices of the Sheriff of Nottingham. The sheriff, on orders of the greedy prince, levies unjust taxes upon the people.  This is another classic movie that I have seen hundreds of times! 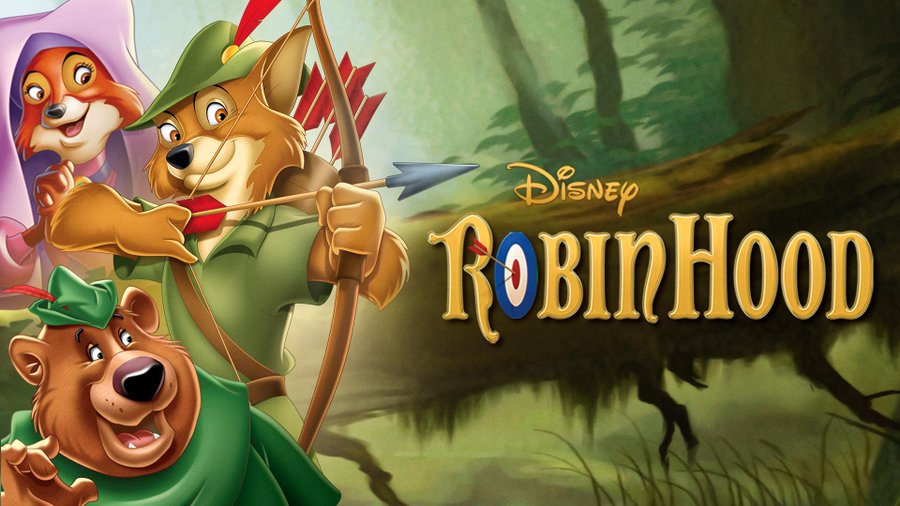 When a bird dog trainer (Earl Holliman) receives a dog that he deems unteachable, his young son, Lonnie (Johnny Whitaker), and Lonnie’s best friend, Text (George Spell), decide they’d like to have a go, and purchase the dog for themselves. Training him proves to be an arduous process, but the boys persevere, successfully teaching him how to point quail. Eventually, they enter him in the Grand National Field Trials, but trouble arises when the boys realize they’re competing against Lonnie’s dad. 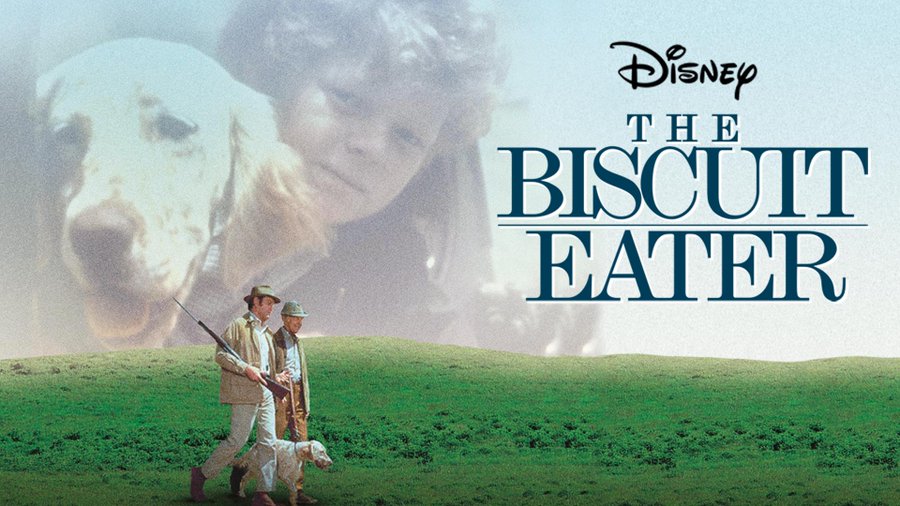 What movie from the 1970’s are you going to watch next on Disney+ ?

Roger has been a Disney fan since he was a kid and this interest has grown over the years. He has visited Disney Parks around the globe and has a vast collection of Disney movies and collectibles. He is the owner of What's On Disney Plus & DisKingdom. Email: Roger@WhatsOnDisneyPlus.com Twitter: Twitter.com/RogPalmerUK Facebook: Facebook.com/rogpalmeruk
View all posts
Tags: 1970's, throwback, what to watch