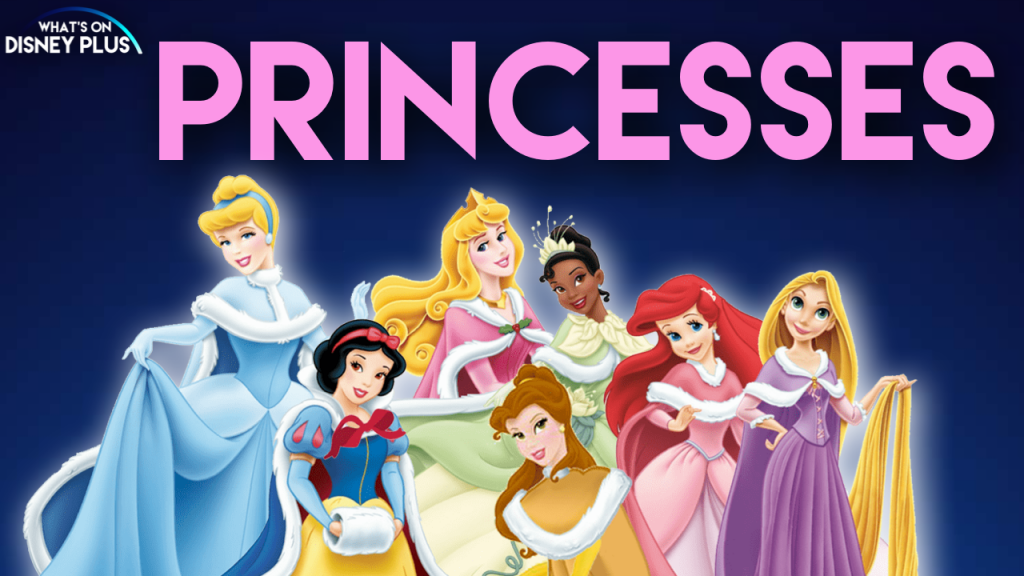 There are some requirements to be recognized as a Disney Princess.

“Sleeping Beauty” is one of the most iconic films in the Disney canon. It’s earned its place with amazing characters, but the least intriguing character is the titular princess. Because Aurora has to spend so much of the film asleep, she has no agency. She is sent away from her parents to live with the fairies. She falls into the sleep and then has to wait for a prince to kiss her. She does almost nothing. There’s a reason why when Disney made a live action remake, they focused on the villain. Maleficent is the best part of this film. 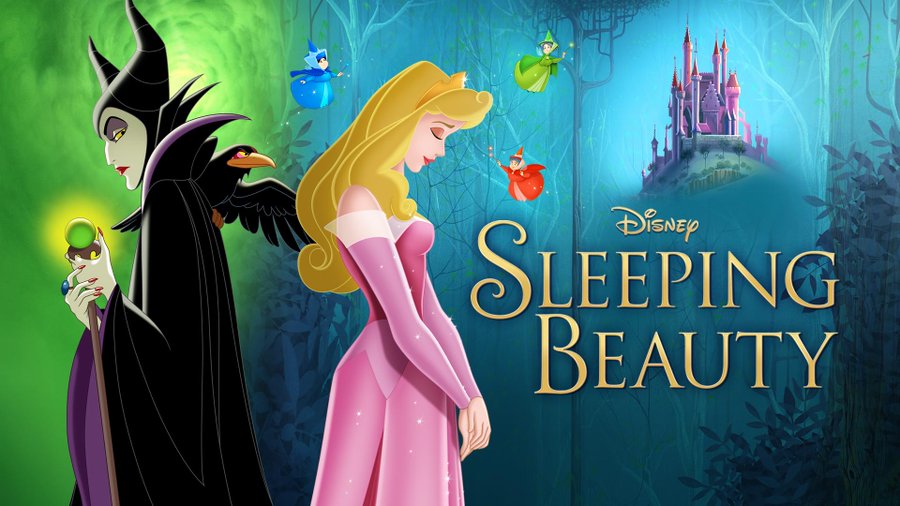 11. Snow White from “Snow White and the Seven Dwarfs”

Snow White is another Disney Princess who lacks agency. Her entire purpose in the film is to wait for a prince and take care of the dwarfs. She’s another princess who does almost nothing. She’s a product of her time. Snow White worked well for the 1930s, not so much for 2020. I rank her higher than Aurora because of her importance to the Disney canon. “Snow White and the Seven Dwarfs” was the first animated film ever. It’s the most important animated film ever. And, Snow White is arguably the second most important Disney character after Mickey Mouse. But, importance doesn’t always translate to best and Snow White is a little lacking. 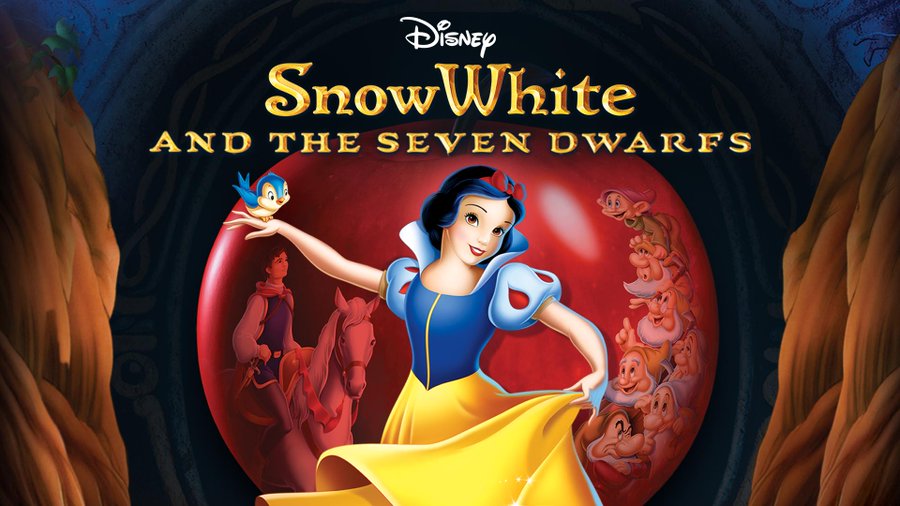 It pains me to put Jasmine this low. “Aladdin” is my favorite Disney animated movie of all time. Jasmine’s complaints to her father in the film are very valid, but she does little to change her situation. Yes, she sneaks out of the palace to go to the market, but she quickly has to be rescued by Aladdin. She tries to fight back against Jafar, but she’s no match for him without a genie, much less with one. She does distract him to help Aladdin, but it’s all she does. It may be because she’s the only one who’s not the main focal point of her movie, but she is the weakest princess of the Disney Renaissance. 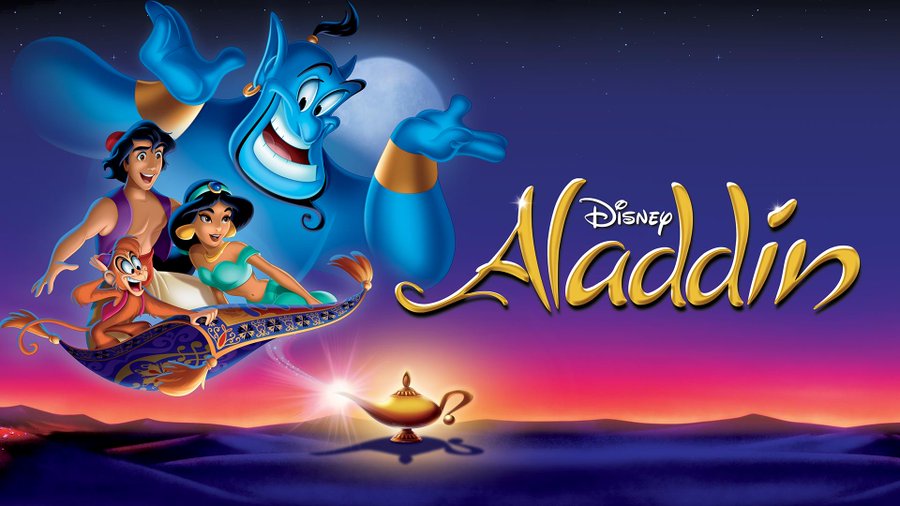 9. Ariel from “The Little Mermaid”

Ariel, the daughter of King Triton, has a dream of walking on land. She won’t let anything stop her from achieving her goal to be “Part of Your World.” She was a great advancement from Snow White and Aurora. She has agency but she still falls in love with a man she just met while just a teenager. She’s a great marker of the evolution of a Disney Princess, while still showing how much further we had to go.

Rapunzel parallels Aurora in that she has golden hair, was born into her title and was taken from her parents at birth only to be reunited as a teenager, although Rapunzel was abducted while Aurora was his for her own protection. But, that’s where the comparison ends. She’s not content to stay in her tower. She’s ready to go out on her own. She uses a frying pan as a very effective weapon. While she has her moments of capture, she’s more than just a damsel in distress. And that makes her a joy to watch. 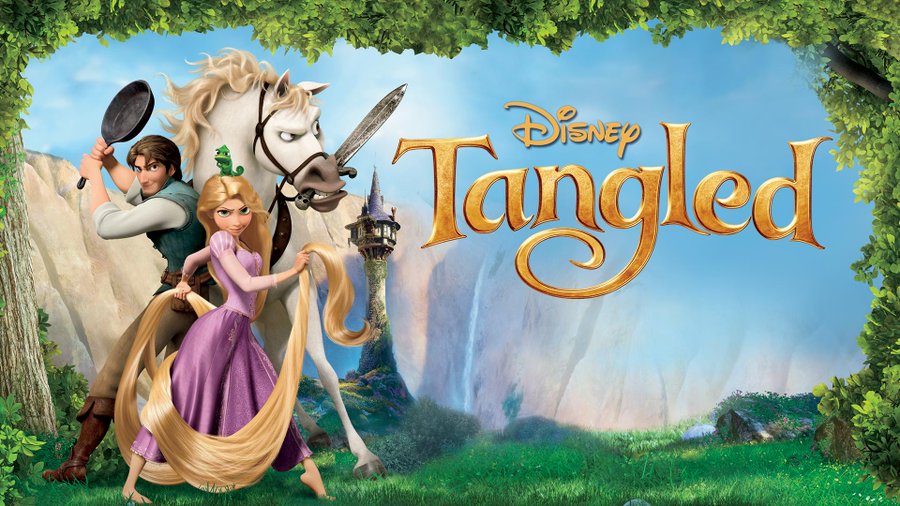 7. Tiana from “The Princess and the Frog”

As the first African American Disney Princess, Tiana is one of the most historic. The commoner from 1920s New Orleans spends most of her movie as a frog rather than a person. It’s a great way for her to get to know the prince before marrying him and a nice way to turn the frog kissing trope on his head. From beginning to end, she has agency. And, the fact she gets married and becomes a princess as a frog before turning back human is a wonderful bit of storytelling that makes her character more endearing. 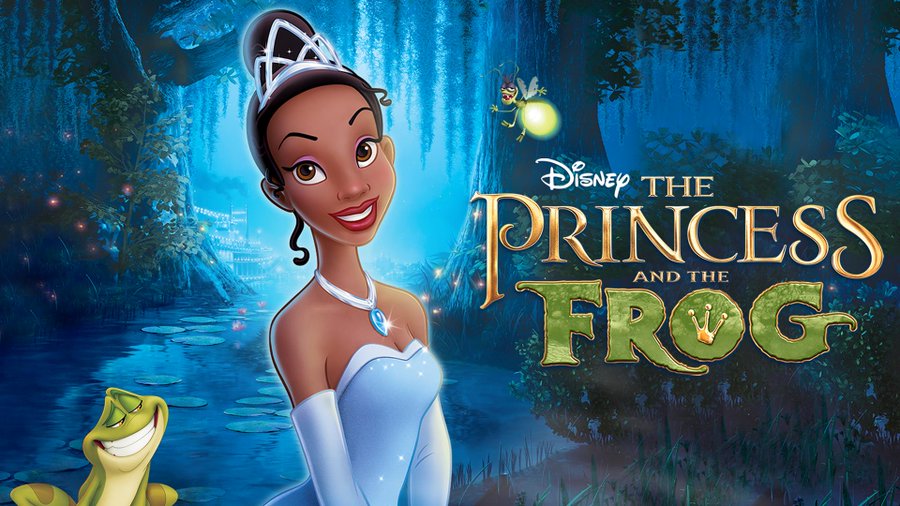 Merida is the tough Scot with red hair. Much like Tiana before her, Merida helped change the way princesses were animated. No longer the perfectly drawn princesses of the past. Merida is animated in a way that a normal teenage girl might actually look. Merida is also determined to forge her own path rather than live the one set out for her. Entering the competition to win her own hand is, dare I say, brave. Like Ariel, she’s willing to do anything to get what she wants which leads to repercussion. Despite a bad decision that turns her mother into a bear, she stands strong and saves her mother and that can’t be overlooked. 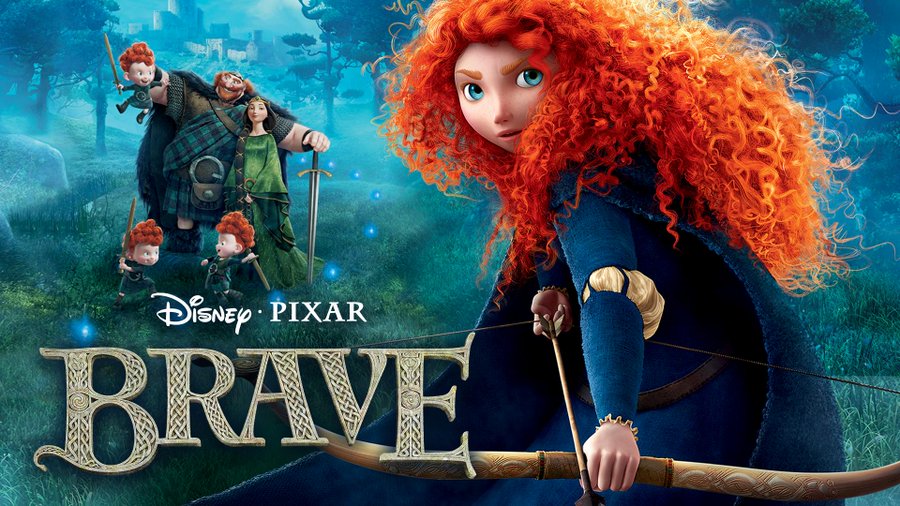 Moana answers the call of the ocean and saves her island from a life-killing darkness. Moana teams up with Maui to try and restore the Heart of Te Fiti. While it originally appears like Maui has to restore the heart because he’s the one who imprisoned Te Fiti, Moana is the one who steps up and actually restores the heart. She disobeys the law, but in doing so, does something far more important. She finds the courage to stand up for herself and for her island. 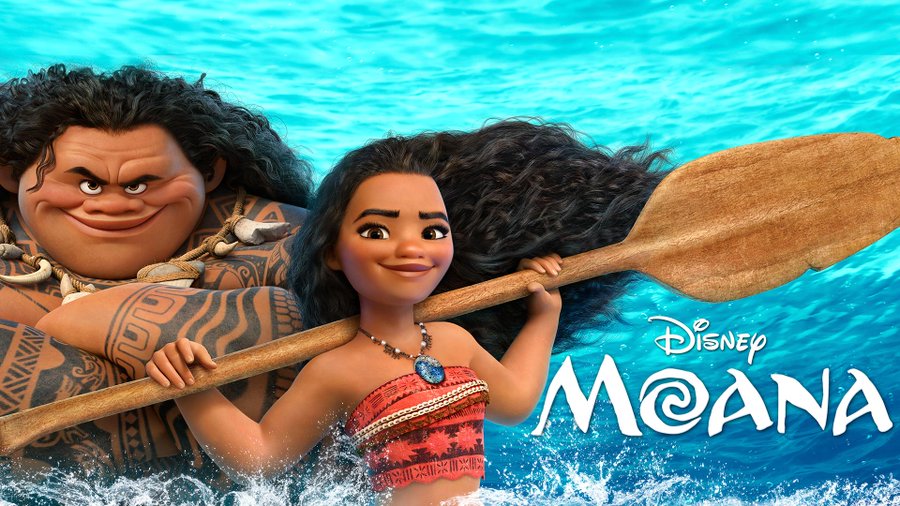 4. Belle from “Beauty and the Beast”

Belle symbolizes sacrifice and how not to judge a book by its cover. Belle sacrifices herself to save her father. She gives up her freedom for him. Then, while imprisoned, she learns much more about the Beast that allows her to understand he’s not the villain. After Beast frees her to save her father again, Belle with the help of her father, returns to save Beast and all the inhabitants of his castle. Her life is tied directly to two men, but she constantly finds a way to be the star of the show for both. 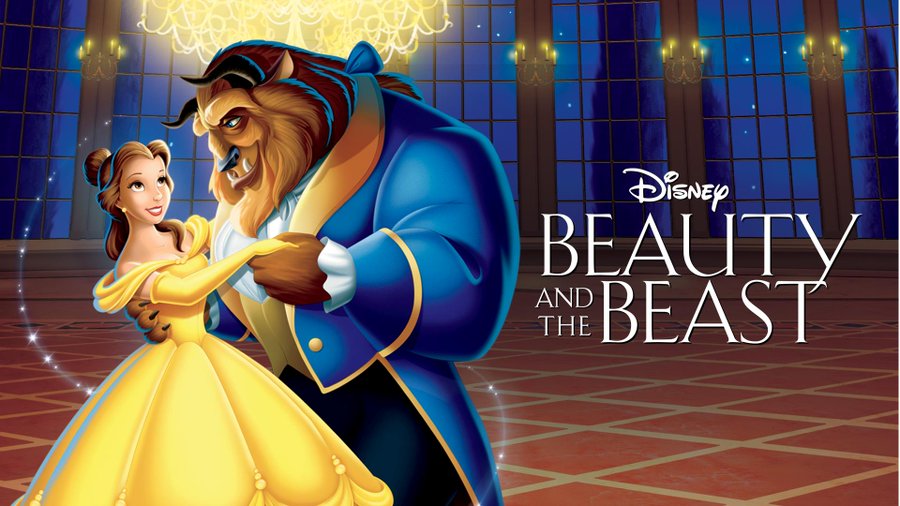 Cinderella is the only one of the three early princesses to do anything. She wants to go to the ball, so she makes her own dress despite constant bullying from her stepmother and stepsisters. Her only friends are the mice, but she doesn’t let that stop her. She needs help and the mice and her fairy godmother provide it for her. But, she gets her chance to go to the ball and winds up impressing the prince. It would feel remiss to not have one of the early princesses in my Top 5. And, as Cinderella is the only one of the three with any agency, she was the obvious choice. 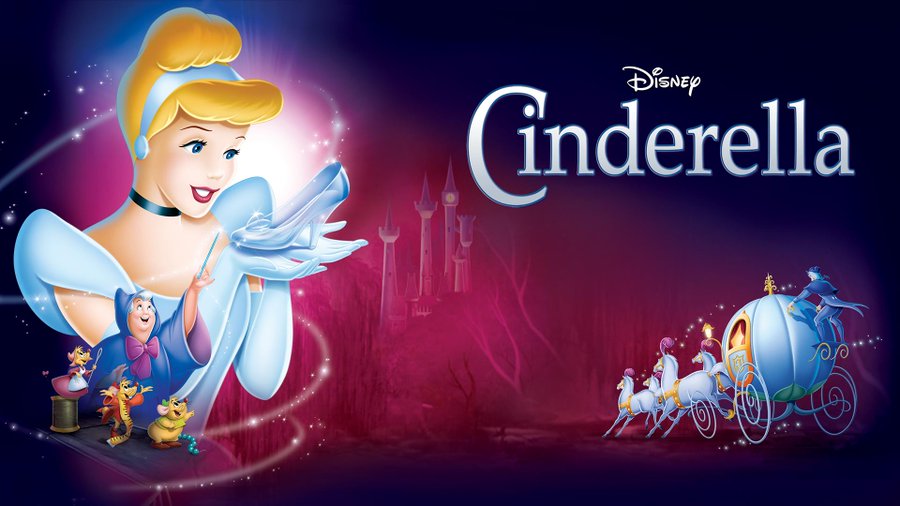 The daughter of Chief Powhatan saves her tribe from colonization and saves John Smith from certain death. She taught us about the “Colors of the Wind” and what lies “Just Around the Riverbend.” When her father is ready to execute John Smith, Pocahontas rushes in and risks her life to save Smith. Then, when asked to return to England with Smith, she chooses her home and her family over the stranger she just met. Something the early Disney Princesses wouldn’t have done.

She saved China. I really shouldn’t have to say more, but I will. When the army is calling for men from each family, she pretends to be a man so her father doesn’t have to go. When her duty is done, she went and was sent home, she continues to battle for her country. Then, it’s her actions that save the country. She’s the only Disney Princess to not hold a royal title by birth or marriage. She is the epitome of a Disney Princess by an act of heroism. She has the most agency of any of the Disney Princesses. And, that’s why she’s my number one. 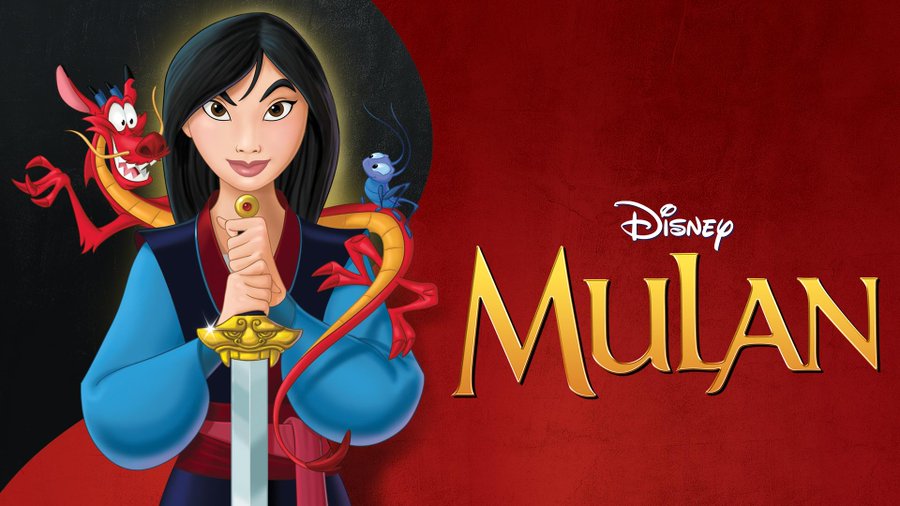 All of these movies are available to watch now on Disney+.

How would you rank the Disney Princesses? Which do you think are the best?

Jeremy has been a big Disney fan since he was a kid growing up during the Disney Renaissance. One day he hopes to go to every Disney Park in the world.
View all posts
Tags: disney, disney princesses