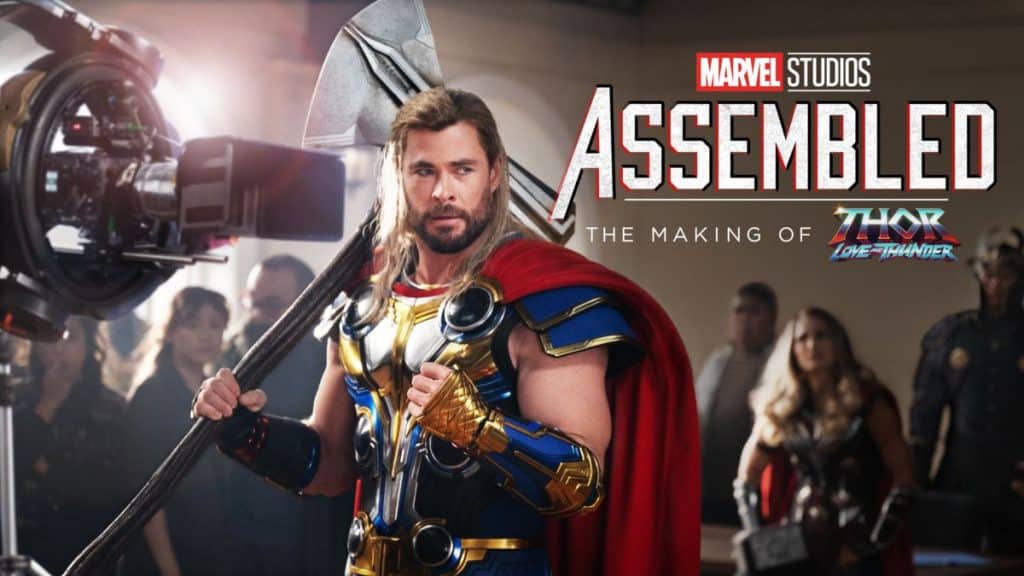 Today, Disney has released a new episode of its behind-the-scenes documentary series, “Assembled”, which takes a look at how Marvel Studios made “Thor: Love and Thunder”, which was also added onto Disney+ today.

Settle in with the likes of Taika Waititi, Chris Hemsworth, Christian Bale, Tessa Thompson, and Natalie Portman as they divulge the secrets behind the creation of Thor: Love and Thunder. Through in-depth interviews with cast and crew, along with raw, unseen footage from the set and beyond, ASSEMBLED pulls back the curtain on the God of Thunder’s fourth feature film. Discover what inspired Natalie Portman’s return to the series, and hear what it took to physically transform the acclaimed actor into the Mighty Thor.

Likewise, witness how Chris Hemsworth pushed himself to bulk up like never before, becoming the largest and most muscular version of Thor yet seen on film. Spend time in the makeup chair with Christian Bale, and learn how the legendary performer was instrumental in crafting every detail of Gorr the God Butcher’s unsettling appearance, right down to the length of his fingernails. Explore Love and Thunder’s numerous otherworldly and jaw-dropping sets, including the Moon of Shame, where the production employed a brand-new filmmaking technology destined to impact the medium for years to come.

Observe Thor’s ingenious makeup artists and effects wizards as they conjure the movie’s innumerable gods and monsters — and then revel in Russell Crowe’s on-set antics as Zeus. All this and more awaits viewers in ASSEMBLED: The Making of Thor: Love and Thunder.

And Disney also released a new poster for the special: 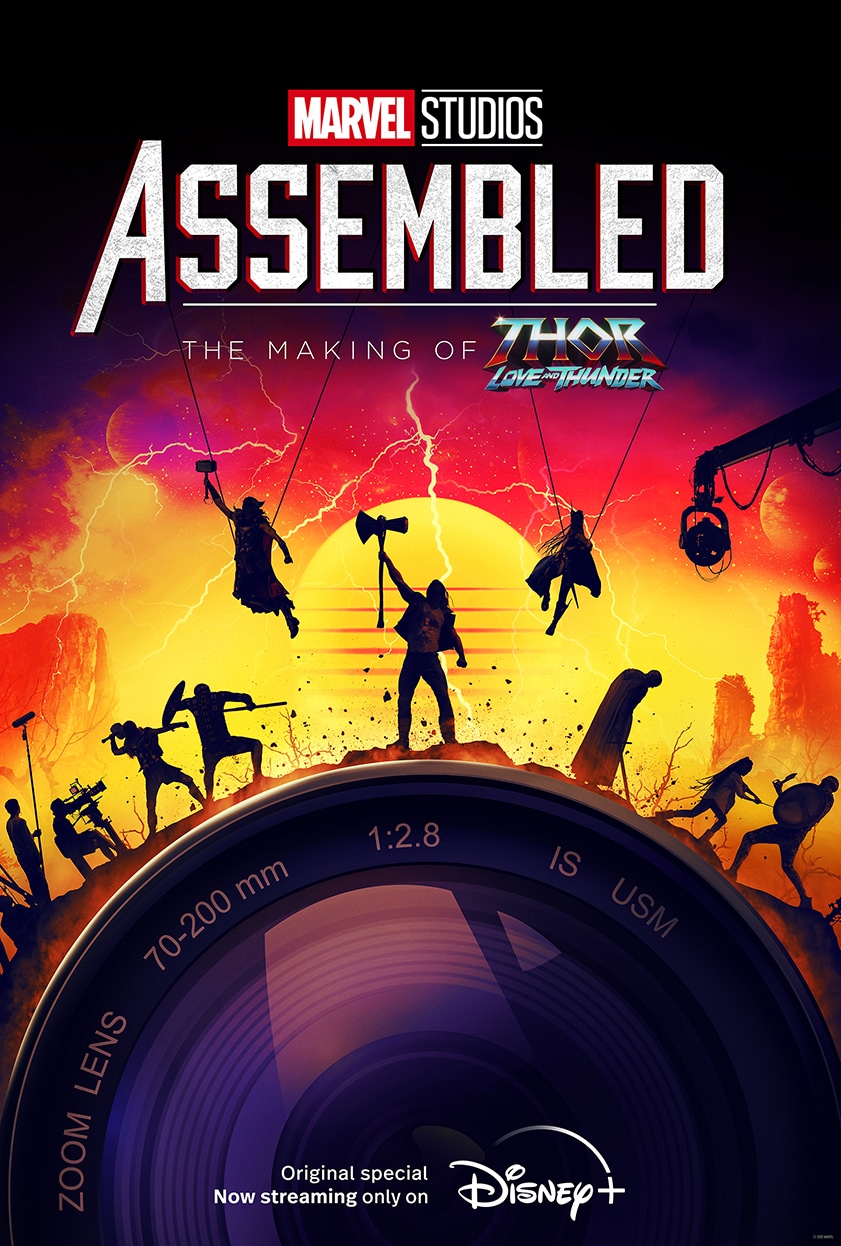 Are you going to be checking out the latest episode of “Assembled”?

Roger has been a Disney fan since he was a kid and this interest has grown over the years. He has visited Disney Parks around the globe and has a vast collection of Disney movies and collectibles. He is the owner of What's On Disney Plus & DisKingdom. Email: Roger@WhatsOnDisneyPlus.com Twitter: Twitter.com/RogPalmerUK Facebook: Facebook.com/rogpalmeruk
View all posts
Tags: Assembled, Marvel, thor