Four families go head to head in each episode to see who can demonstrate the most Christmas spirit with their holiday displays in “The Great Christmas Light Fight.” The season features six episodes, meaning 24 families will battle it out in six competitions to see which six families will walk away with $50,000 and “The Great Christmas Light Fight” trophy. The 24 families demonstrate some amazing displays that would all win their town contests, but have some stiff competition with each other.

Season 9 of the show was added to Disney+ this year. I think it’s a great idea for Disney+ to add the holiday themed shows like this from ABC to the service. They own almost everything they air on ABC, so it would be great for them to add more ABC content, especially in the US where we don’t get some of the other content due to pre-existing comments by Disney, Fox or even Sony. It captures the reality competition show craze that we still see all over TV today, but keeps it fun and friendly, without the drama of other reality shows. That may be because the families never actually meet on the show, but it’s still nice to see. 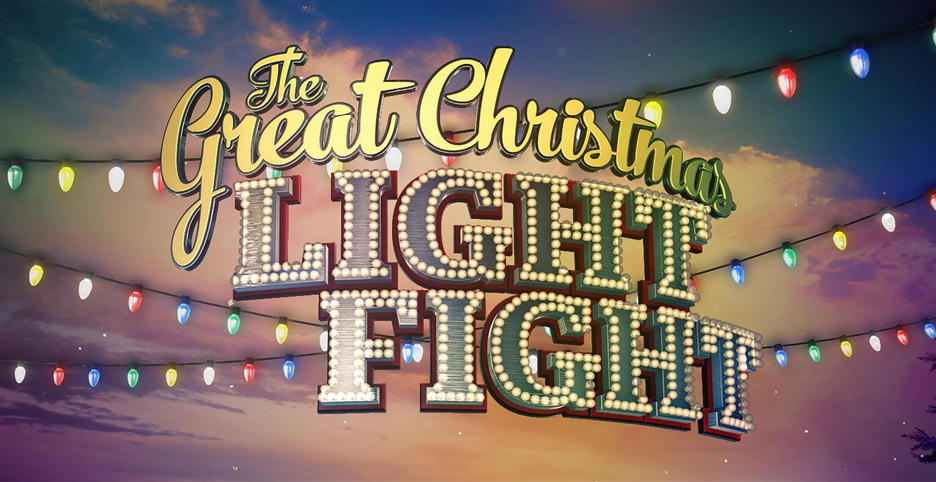 The competitors this season all come from warm weather climates. I saw some contestants from California, Texas, Florida and Arizona. There may have been some from other states, but those are the four that come to mind as I’m writing. I know this show has been on for nine seasons and has probably gone around to a bunch of different states. But, I would’ve liked to see some lights from some of the colder weather climates in this country. It’s great they incorporate the warmer places because there are different traditions and displays all over the country. But, I currently live in New England and we got a small snow shower when I sat down to watch this which gave it a festive feel that I can’t describe. I grew up in the South and had a lot of warmer Christmases growing up, but there’s something to be said for some crisp, cooler air and a little bit of snow.

This show was fun without any necessary drama. It got me more in the Christmas spirit than I had been before I watched it. Even though, this review is coming out after Christmas, I started watching this before Christmas and it was the kick in the pants I needed to get in the spirit. Plus, Disney+ needs more content that’s not just Marvel and Star Wars and adding shows from ABC is a great idea.

What did you think of “The Great Christmas Light Fight?”

Jeremy has been a big Disney fan since he was a kid growing up during the Disney Renaissance. One day he hopes to go to every Disney Park in the world.
View all posts
Tags: abc, Christmas, disney, review, the great christmas light fight