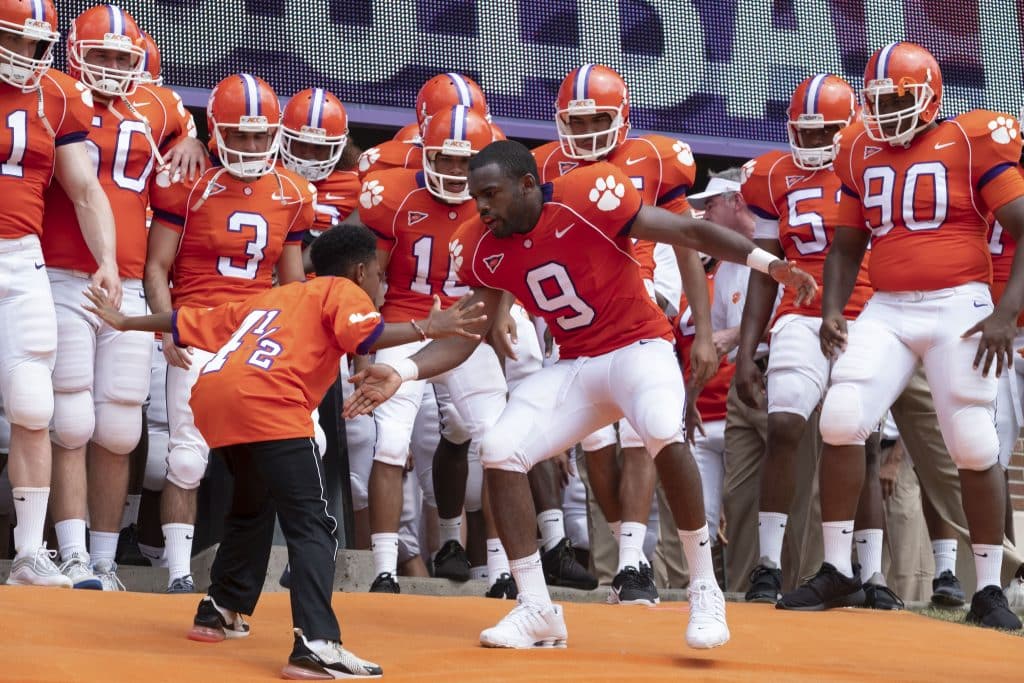 Walt Disney Studios has released a new clip of the upcoming sports movie “Safety”, which is coming to Disney+ on Friday 11th December.

“Safety” is a drama inspired by the empowering story of former Clemson University football safety Ray McElrathbey (Jay Reeves), a young man facing a series of challenging circumstances, whose dedication and persistence help him to triumph over repeated adversities. Aided by his teammates and the Clemson community, he succeeds on the field while simultaneously raising and caring for his 11-year-old brother Fahmarr (Thaddeus J. Mixson).

Are you looking forward to seeing “Safety” on Disney+?