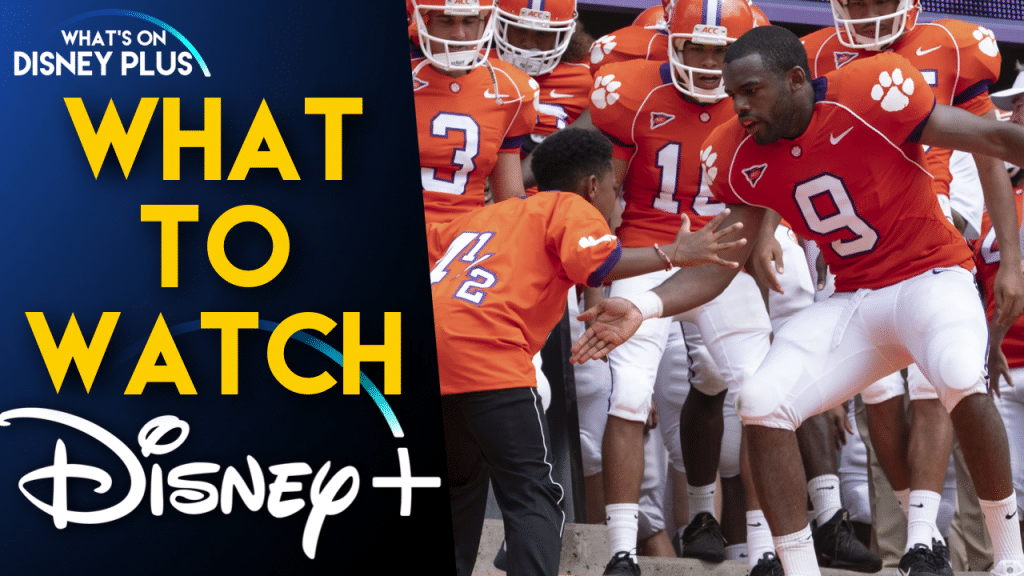 “Safety” is a drama inspired by the empowering story of former Clemson University football safety Ray McElrathbey, a young man facing a series of challenging circumstances, whose dedication and persistence help him to triumph over repeated adversities. Aided by his teammates and the Clemson community, he succeeds on the field while simultaneously raising and caring for his 11-year-old brother Fahmarr.  Don’t make the mistake I made by thinking this is just another “sports” movie, because the story is about the brothers, the football element is more of a setting, as it’s not your typical story about winning a game.  Just make sure your ready for a bit of a tearjerker.

In the penultimate episode of the second season, Mando and the gang need an old enemies help to track down Moff Gideon to rescue Grogu.  This episode is jam packed with action, it’s got pirates, it’s got Tie Fighters and some big explosions.    If you haven’t got into the Mandalorian by now, start now, because it’s fantastic.

This all-new holiday music special sees the cast of High School Musical: The Musical: The Series perform their favorite Christmas, Hanukkah and New Year’s songs and share anecdotes from their memorable holidays.   This special was filmed safely, with each member of the cast performing on their own.  This is a nice easy going holiday special to pop on and listen to, as it has lots of classic holiday songs performed.  There is also a sneak peek of the very first performance in the highly anticipated second season of High School Musical: The Musical: The Series.

The biggest addition to the Disney+ library this week has just left Netflix in the US and Canada.  As a lifelong video game fan, I love Wreck-It Ralph, so this sequel is always high on my watchlist.  This one is packed with little Easter eggs to keep an eye out for, from video games, internet icons and plenty of cameos from Disney characters that are a highlight.

Roger has been a Disney fan since he was a kid and this interest has grown over the years. He has visited Disney Parks around the globe and has a vast collection of Disney movies and collectibles. He is the owner of What's On Disney Plus & DisKingdom. Email: Roger@WhatsOnDisneyPlus.com Twitter: Twitter.com/RogPalmerUK Facebook: Facebook.com/rogpalmeruk
View all posts
Tags: safety, What to watch this week