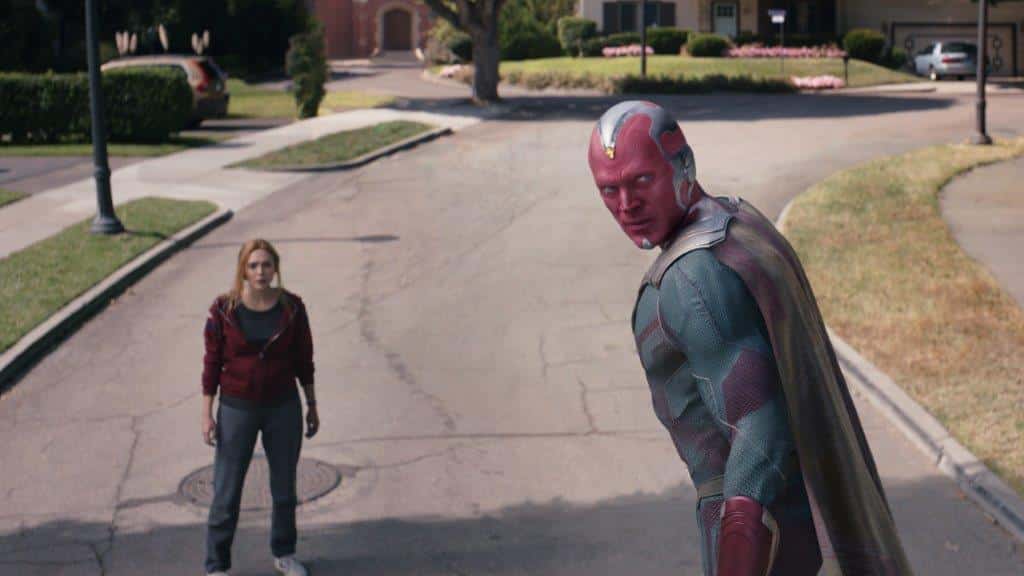 So this is it, the finale of Marvel Studios first every television series for Disney+ has just come to an end and what an ending.  Wanda’s make-believe world within the Hex starts to crumble around her as the evil witch Agatha Harkness lures “The Scarlet Witch” out. 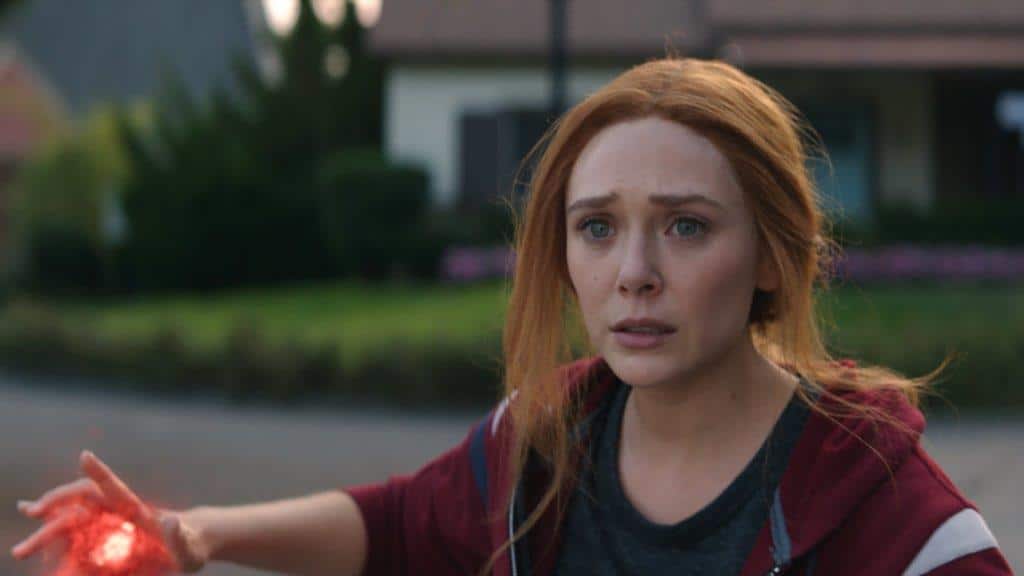 If you weren’t too sure about “WandaVision” in the first few episodes because it wasn’t your typical Marvel film, this finale delivers plenty of big action scenes, with Wanda taking on Agatha in the skies above Westview, while Vision battles Vision and the twins take on the military.

There’s guns, magic, explosions and lots more, that deliver that big movie feeling.  This isn’t your typical superhero series; it is movie-level quality.

One thing that “WandaVision” has done around the world, is encouraging viewers to take the time to think, to try to work out what’s been going on, in a way that no Marvel film has been able to do, due to the weekly release schedule.  Unfortunately, this has also allowed fans to come up with so many theories, that unfortunately, I can’t help feel that some will be disappointed.   Over the past few weeks, there has been speculation that Magento, Professor Xavier, Mephisto, Reed Richards and pretty much every other character not yet in the MCU appearing in the series.

None of which happened.   It also looks like War Machine and Doctor Strange’s reports appearing in the series were also untrue, especially as some of the Marvel cast have been playing with the fans, especially Paul Bettany, who plays Vision, who said he was working with someone he always wanted to work with.  This caused more speculation; however, it turned out he was actually just acting with himself. 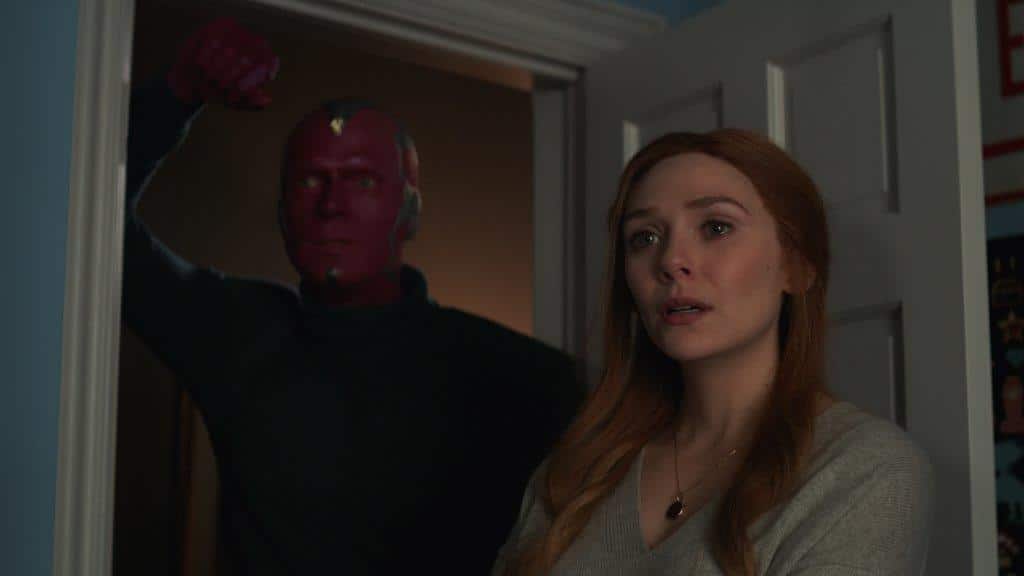 After the mid-credits scene in last weeks episode, where we saw Vision return outside the Hex, seeing the two versions of Vision battle one another was fantastic.  It was easily one of my highlights of the whole series, especially as Vision just looks so creepy in his silver/white outfit.  I also enjoyed how the two came to an understanding, with logic becoming the one thing connecting them together.  It also leaves it wide open for Vision to remain in the MCU after his multiple deaths.

There are many more questions that this series brings up as we leave “WandaVision”.  What happens to Quicksilver?  Who is Ralph Bohner?   It certainly feels like Marvel went all meta with the inclusion of Evan Peters as Quicksilver, playing with the fans.  I would have loved him to be Quicksilver, but that looks to be over, which is a shame. 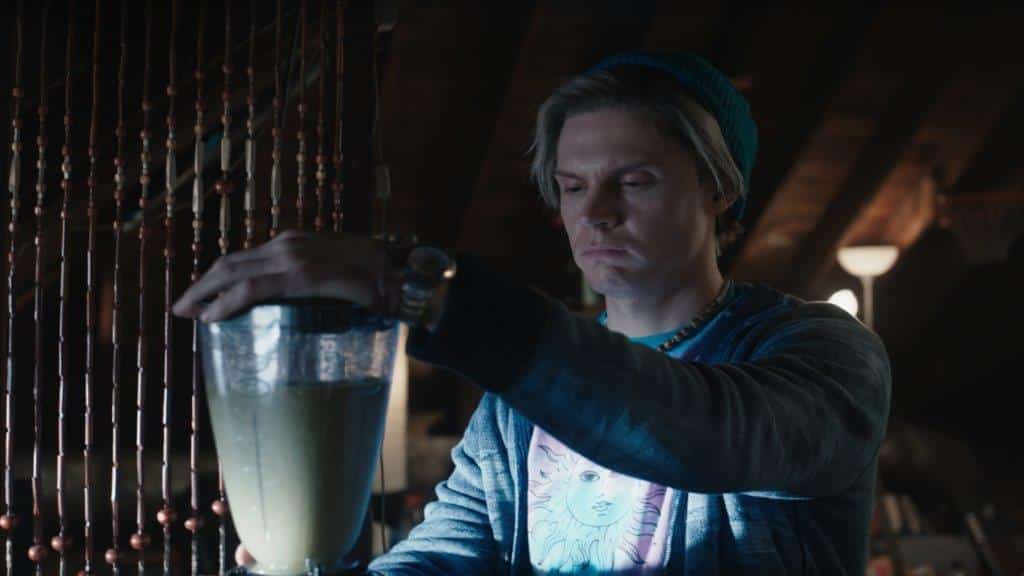 There are so many fantastic moments throughout the episode, but there is one part that stood out the most for me.  When Wanda finally released the suffering she was inflicting on the population of “WestView”, she knew that it wasn’t right. While for a moment she chooses her family over everyone else, eventually that goes.  Seeing Wanda and Vision put the boys to bed, knowing they are about to disappear and then Wanda being able to say a proper goodbye, something she wasn’t able to do when Thanos ripped the mind stone out of Vision’s head in “Infinity War”.  This is a big moment in the series and really pulls on the heartstrings.

Make sure you stay right through the credits, as there are two different ones this week.  One features Monica meeting up with a Skrull, setting up the events of “Captain Marvel 2” and the upcoming “Secret Invasion” Disney+ series.  But more importantly, the second post-credit scene shows us, Wanda, in a lodge, split into two personalities; Wanda is drinking some herbal tea, while the Scarlet Witch soaks up the knowledge from Agatha’s book of magic, while hearing the cry of Billy and Tommy.  Setting up the events of “Doctor Strange: The Multiverse Of Madness”.    Speaking of “Doctor Strange”, it had been reported that he was going to be appearing in the series. While he is referenced as the “Sorcerer Supreme”, he never appears, which was my only disappointment from the episode.

One of “WandaVisions” biggest strengths has been the power of community and the water cooler moments that defined the series.  But unfortunately, this can also lead to disappointment as the series will never be able to satisfy everyone.  I loved “WandaVision”, and I really enjoyed the finale.  It wasn’t made complicated; they didn’t introduce mutants, they didn’t introduce the multiverse, but they delivered each week a fascinating story that is nothing short of the origin of “The Scarlet Witch”.  It’s been one heck of a ride, and I’ve loved every bit of it.