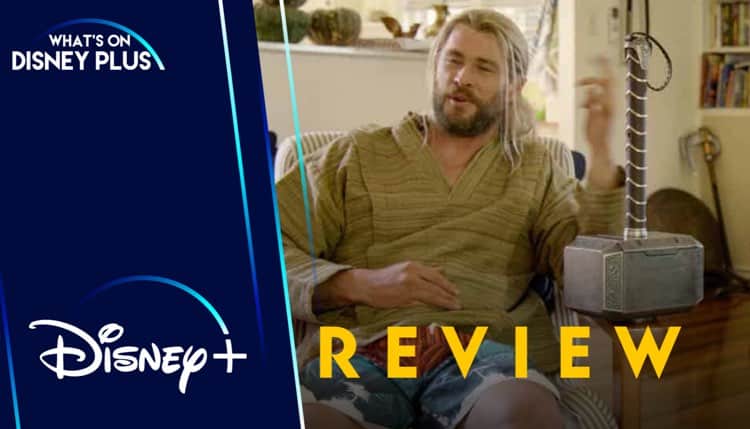 Thor continues his adventures in Australia and living with Darryl while the rest of the Avengers are imploding in the latest Marvel One Shot, “Team Thor Part 2.” This focuses more on Thor’s home life living with Darryl and how out of touch with Earthly reality Thor is. Darryl needs Thor to pay his share of the rent, but Thor gives him some Asgardian artifacts and hires a servant. It’s a real odd couple situation.

This is a genuinely funny One-Shot, but still feels out of place when you watch it back after seeing the films. Part of me wishes this is what Thor was really doing while the rest of the Avengers were battling each other during the events of “Captain America: Civil War,” but I’m glad we got “Thor: Ragnarok.” I still prefer the One-Shots that more closely tie to the Marvel Cinematic Universe, but One-Shots like this, where you can sit back and laugh at how silly they are, also work. This One-Shot makes me excited to see the third and final part of this trilogy. I can’t wait to see what Darryl does after Thor moves away and he has to find a new roommate. I love Taika Waititi’s humor, so these One-Shots tickle my funny bone. They are a lot of fun for me, and I hope those of you who have checked them out have enjoyed them as much as I have.

I want to see more Marvel One-Shots added to Disney+. I know they haven’t made any new ones since 2018, but I would love to see more done. Imagine Katie from “Shang-Chi and the Legend of the Ten Rings” in a six minute short. How about as a way to check up on Tobey Maguire’s or Andrew Garfield’s versions of Spider-man since they’ve been incorporated into the Marvel Cinematic Universe? The possibilities are endless given the cavalcade of characters Marvel has at its disposal.

Jeremy has been a big Disney fan since he was a kid growing up during the Disney Renaissance. One day he hopes to go to every Disney Park in the world.
View all posts
Tags: disney, Marvel, One-Shot, review, Team Thor Part 2