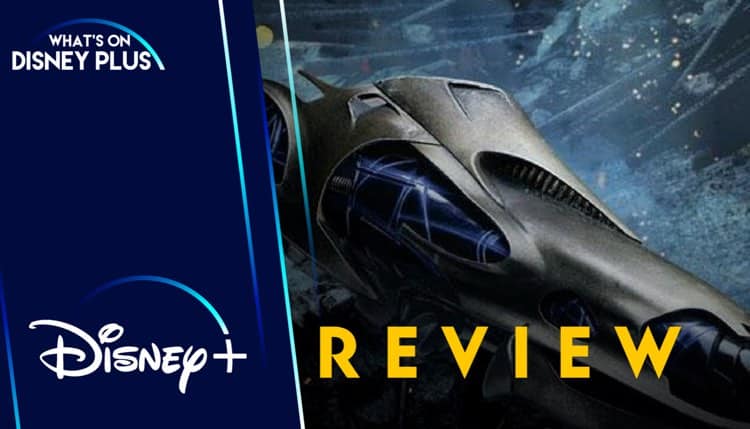 Following the battle of New York, SHIELD has recovered all Chitauri artifacts that fell from the sky that day except for one. Now, Agent Sitwell must recover a gun in the latest Marvel One-Shot, “Item 47.” The Chitauri gun has been found by a down and out couple. When the man figures out how to make the weapon work, the couple goes on a crime spree robbing banks up and down the East Coast of the United States. Agent Sitwell tracks them, detains them, recovers the weapon and then gives them jobs at SHIELD.

This is a pretty cool One-Shot. It follows up on the events of “Marvel’s Avengers” while also serving as a basic plot point for “Marvel’s Agents of SHIELD.” A lot of the first season of that show dealt with the fallout from the battle of New York and were much bigger in scope than this. This 11-minute short is a great way to the storyline in between the two. It gives you an idea of the mess left behind for SHIELD to clean up after the Avengers took care of the imminent threat presented by Loki and the Chitauri. While it makes complete sense to follow Agent Sitwell here, given his role in the early Marvel Cinematic Universe movies, it’s wild to look back on this considering we now know he was a Hydra Agent undercover at SHIELD. He was our next basic link to the Avengers after Coulson. Given the point on the timeline, Coulson has been killed by Loki and hasn’t been revived in “Tahiti” yet, so Sitwell should be leading us, but his character arc puts a grander scope on what is actually happening.

I like this One-Shot more than “A Funny Thing Happened on the Way to Thor’s Hammer.” This one shows Agent Sitwell being a tough and competent agent, while still advancing the overarching story of the MCU. Yes, it’s supposed to be a one-off, but it’s a better-connected one-off, much like “The Consultant” was. I’m finding I like the one-shots to be better-connected rather than just a fun side adventure.

Jeremy has been a big Disney fan since he was a kid growing up during the Disney Renaissance. One day he hopes to go to every Disney Park in the world.
View all posts
Tags: disney, Item 47, Marvel, One-Shot, review