What's On Disney Plus > Blog > Brands > Marvel > Marvel’s One-Shot: A Funny Thing Happened on the Way to Thor’s Hammer Review 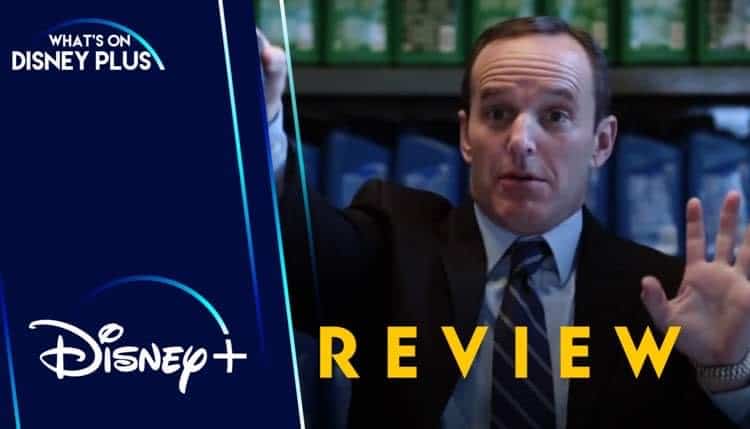 Agent Coulson is headed to New Mexico to see what SHIELD has found in the desert in 2011 Marvel One-Shot, “A Funny Thing Happened on the Way to Thor’s Hammer.” Agent Coulson has decided to stop at a gas station to fill up his car and get a snack when a pair of armed robbers walk into the station and try to steal the money from the cash register. Coulson is very cordial to the criminals until he uses some of the items for sale to apprehend the crooks. He then pays for his snack and his gas and is on his way to the Thor’s hammer.

I’m torn on this one shot, because it’s silly and it’s fun, but it does little to build the storyline headed into “Thor.” Where as “The Consultant” did a great job of connecting the events of the two “Iron Man” movies and “The Incredible Hulk,” this just serves to show that Coulson is a very capable agent. It works great to build up his role in “Agents of SHIELD.” Maybe that’s what they were going for, but at the time of its release, the public didn’t know about “Agents of SHIELD” yet. However, we know Marvel has been planning years in advance from the beginning, so it wouldn’t surprise me if this connects to that. While this one shot does little in terms of world building, it’s a lot more fun than “The Consultant.” I love seeing Coulson get to be awesome. He is one of the most likable non-superheroes to appear in the Marvel Cinematic Universe. Clark Gregg is an amazing talent and I love it when he gets a featured segment, be it a one shot or an entire series.

At the end of the day, I don’t know how I feel about this one shot. It’s fun. It’s great to see Coulson being awesome, as I mentioned. But, the MCU is so interconnected, I want to see the one shots be more connected to the movie series as well. This is good, but it could’ve been better.

Jeremy has been a big Disney fan since he was a kid growing up during the Disney Renaissance. One day he hopes to go to every Disney Park in the world.
View all posts
Tags: A Funny Thing Happened On The Way To Thor's Hammer, disney, Marvel, One-Shot, review