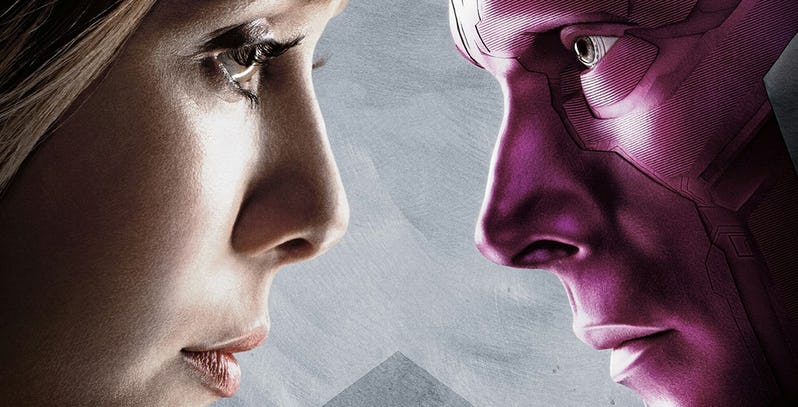 So far Disney have officially confirmed three new live action Marvel series will be coming to its new streaming service, Disney+.  Falcon & The Winter Soldier, Loki and WandaVision.  Plus there are many rumors about other series currently in development, including one based on Hawkeye.

And it seems these new Disney+ exclusive Marvel series will be much shorter than what viewers have been used to.  As according to the Hollywood Reporter, the new series will between 6 and 8 episodes.

This ties in with recent comments from actress, Elizabeth Olsen, who plays the Scarlet Witch, said during an interview that the new WandaVision series, featuring her character and Vision, played by Paul Bettany, would be around 6 hours long.

This would put the Disney+ much shorter than the recent Marvel shows, such as Cloak & Dagger, Daredevil, The Gifted and The Runaways, which are usually between 10 and 13 episodes.  While some older series like Agents Of Shield had the more traditional TV standard of 22 episodes until the newest series.

However these shorter seasons are a major reason why they’ve been able to sign on the movie actors from the Marvel Cinematic Universe.  Other details coming out of the Hollywood Reporter are that actors Elizabeth Olsen, Anthony Mackie, who plays Falcon, Sebastian Stan, who plays the Winter Soldier and Jeremy Renner, who plays Hawkeye, have new deals that are separate from the movie contracts and that those contracts don’t negate appearances in future Marvel movies, as the movie deals are different.

There wasn’t any mention the contracts of Tom Hiddleston, who plays Loki and Paul Bettany, who plays Vision.  But it would be expected that these would also have different deals for the Disney+ series.

Are you happy about the new Marvel shows having less episodes?