Marvel gives a behind the scenes look at its latest Disney+ Original Series, “She-Hulk: Attorney at Law.” We learn more about how the show was pitched, the casting process, and most importantly, what Kevin Feige thought about K.E.V.I.N. We also learn about how they were able to incorporate guest stars like Wong and Daredevil on top of the obvious cameos from Hulk and Abomination. In the end, I liked this as an ending better than the actual finale of the show.

I really enjoy these behind the scenes documentaries for both Marvel and Star Wars. They improve my viewing experience and, in some cases, are better than the show themselves. While this wasn’t like “The Book of Boba Fett,” because I still really enjoyed “She-Hulk: Attorney at Law” other than the finale, it still made me appreciate the show more than the finale did. My favorite part was learning that Kevin Feige actually suggested the artificial intelligence K.E.V.I.N. but then had a hard time accepting AI wearing a baseball hat like he does. I love how Kevin Feige has molded the MCU overall, even if Phase Four has been hit and miss. And the fact that the AI that is supposed to be him wearing a baseball hat was too much is just perfect for what we’ve learned about him so far. 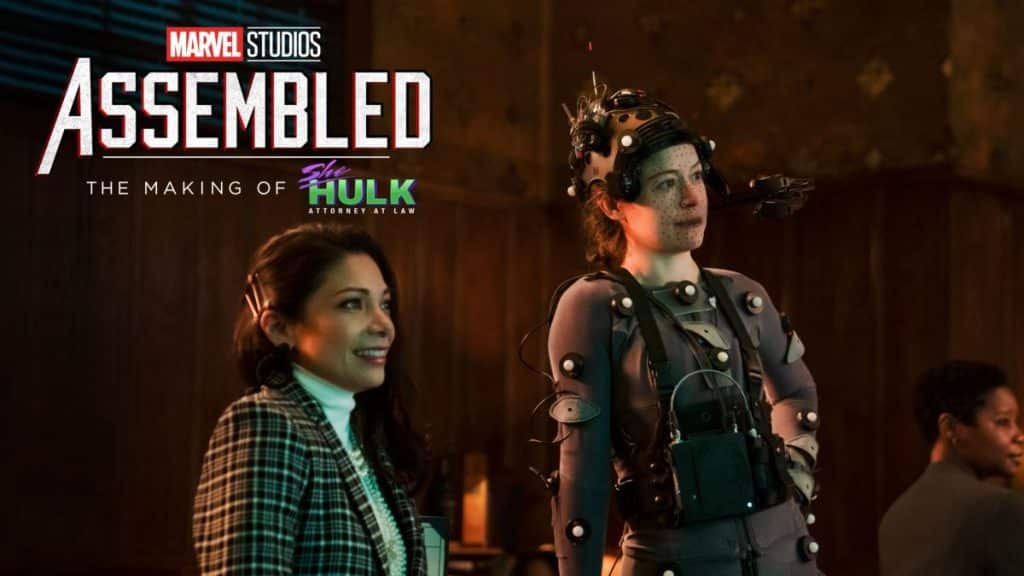 This, like so many of the other behind the scenes documentaries, was a lot of fun and gives me a greater appreciation for the series proper. The series was fun which, of course, made the documentary fun. I don’t know if the “Assembled” looking into “Black Panther: Wakanda Forever” will be as fun, even though I’m certain it will be as informative. Either way, I’m loving this series.

What did you think of “Marvel’s Assembled: The Making of She-Hulk: Attorney at Law?”

Jeremy has been a big Disney fan since he was a kid growing up during the Disney Renaissance. One day he hopes to go to every Disney Park in the world.
View all posts
Tags: Assembled, disney, Disney+ Original, Marvel, review, She-Hulk: Attorney at Law