What's On Disney Plus > Blog > Brands > Marvel > Marvel’s Assembled: The Making Of Hawkeye – Out Now On Disney+ 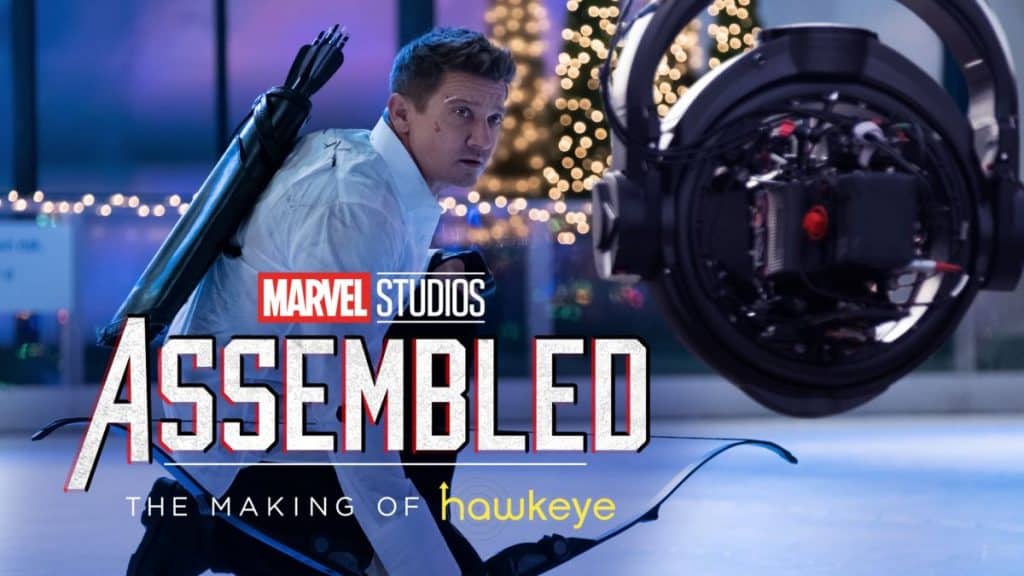 Today, Marvel Studios released a brand new episode of its behind-the-scenes series, “Assembled” and this new episode takes a look at how they made the Disney+ series, “Hawkeye”.

“Assembled” is a comprehensive series of documentary-style specials streaming on Disney+ that chronicles the creation of Marvel Studios’ thrilling new shows and theatrical releases. Journey behind-the-scenes of productions such as WandaVision, The Falcon and The Winter Soldier, and Loki via exclusive on-set footage. Join filmmakers and stars like Scarlett Johansson and Jeremy Renner as they detail the genesis of the Black Widow film, and the Hawkeye series. “Assembled” is an immersive, and in-depth examination of the next phase of the Marvel Cinematic Universe.

Join the likes of Jeremy Renner, Hailee Steinfeld, Florence Pugh, and Vincent D’Onofrio as they reveal how Marvel Studios’ “Hawkeye” was conceived and created. Hear how the project was originally intended as a feature film, until it became clear the story the filmmakers wanted to tell could not be contained within a limited runtime.

Sit with Jeremy Renner as he discusses the fact that although he’s portrayed Clint Barton for ten years in the MCU, he was able to discover and explore new dimensions of the character thanks to the show. Learn how other iconic characters from the pages of Marvel Comics such as Kate Bishop, The Swordsman, The Tracksuit Mafia, and even Pizza Dog were adapted and brought to life for the six-episode series.

See the curtain pulled back on “Rogers: The Musical” to expose the enormous amount of work required to stage the hilariously inspired dance numbers. Meet Alaqua Cox, who is deaf in life, and despite never having acted before, turned in an astonishing performance as one of the season’s primary adversaries, Maya Lopez.

Visit the set of “Hawkeye” and witness firsthand what it took to pull off the show’s pulse-pounding action set pieces. And find out what led to the startling inclusion of D’Onofrio’s Kingpin from Daredevil. All this and much more awaits viewers in “ASSEMBLED: The Making of Hawkeye.” 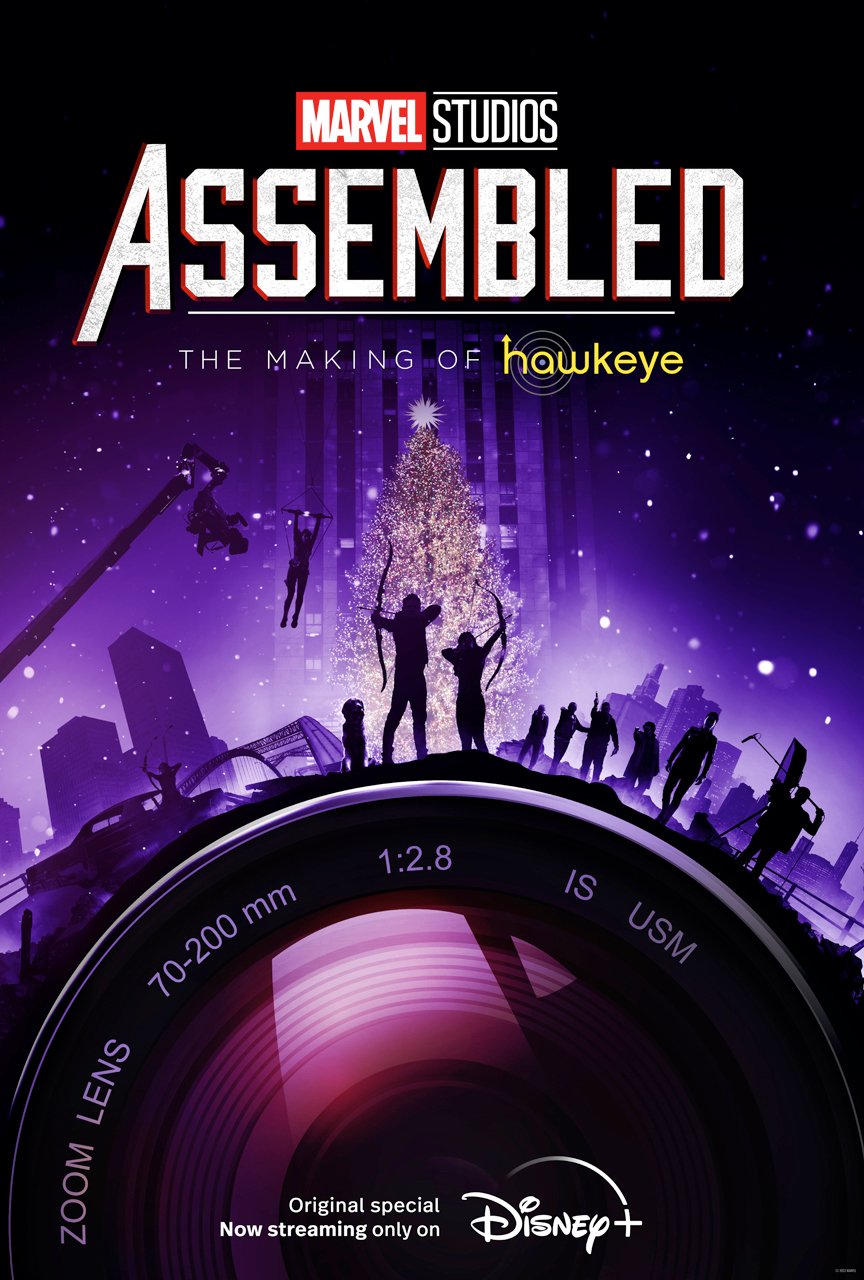 The “Hawkeye” episode of “Assembled” is available on Disney+ now, along with episodes on “Eternals”, “Loki”, “WandaVision” and many more.

Will you be checking out the latest episode of “Assembled”?

Roger has been a Disney fan since he was a kid and this interest has grown over the years. He has visited Disney Parks around the globe and has a vast collection of Disney movies and collectibles. He is the owner of What's On Disney Plus & DisKingdom. Email: Roger@WhatsOnDisneyPlus.com Twitter: Twitter.com/RogPalmerUK Facebook: Facebook.com/rogpalmeruk
View all posts
Tags: Assembled, hawkeye, Marvel