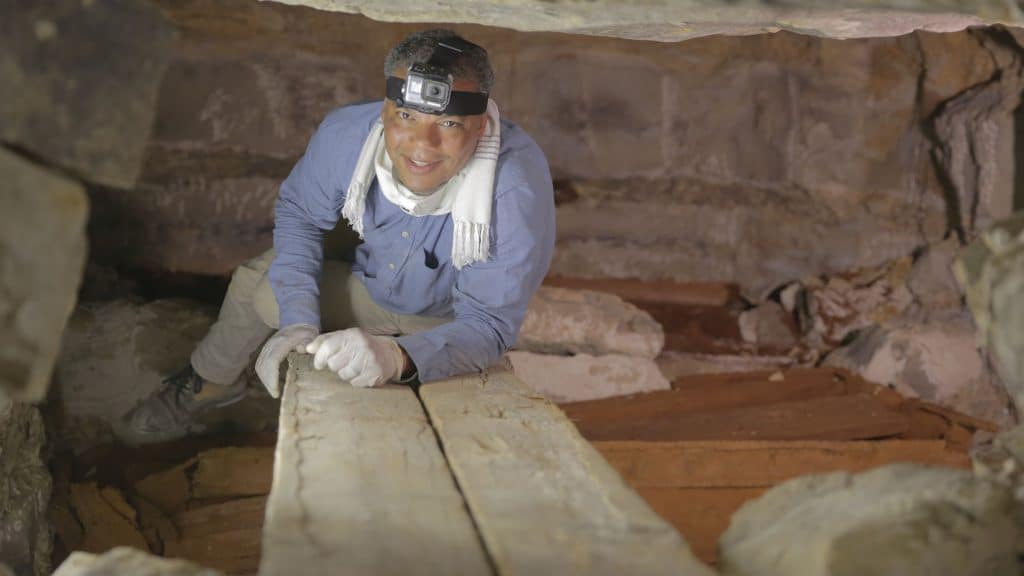 Disney has announced that the National Geographic documentary series,  Kingdom of the Mummies, will be coming to Disney+ in the United States on Friday 18th September.

This series features never-before-seen footage from within ancient Egypt’s first known fully intact funeral home. In conjunction with Egypt’s Ministry of Antiquities, a team of archaeologists led by Dr. Ramadan Hussein from Germany’s Eberhard Karls University of Tübingen, uncovered the burial complex, dating back to 600 BC, deep beneath the sands at the Saqqara necropolis less than an hour’s drive south of Cairo.

The new, four-part series Kingdom of the Mummies, produced for National Geographic by BBC Studios follows the team as they explore the subterranean chambers and open four sealed, 2,600 year-old sarcophagi to unlock secrets forgotten since the age of the Pharaohs.

In addition to uncovering the first known fully integrated funeral complex with dedicated areas for organ removal, embalming and burial, the team’s learnings are helping reveal more about death – and the business of death – in ancient Egypt. The latest scientific testing and scanning of the tombs, their relics and the remains of the deceased also add layers of meaning and context to the lessons being gleaned about the sacred rites and commerce that were conducted in this subterranean space. 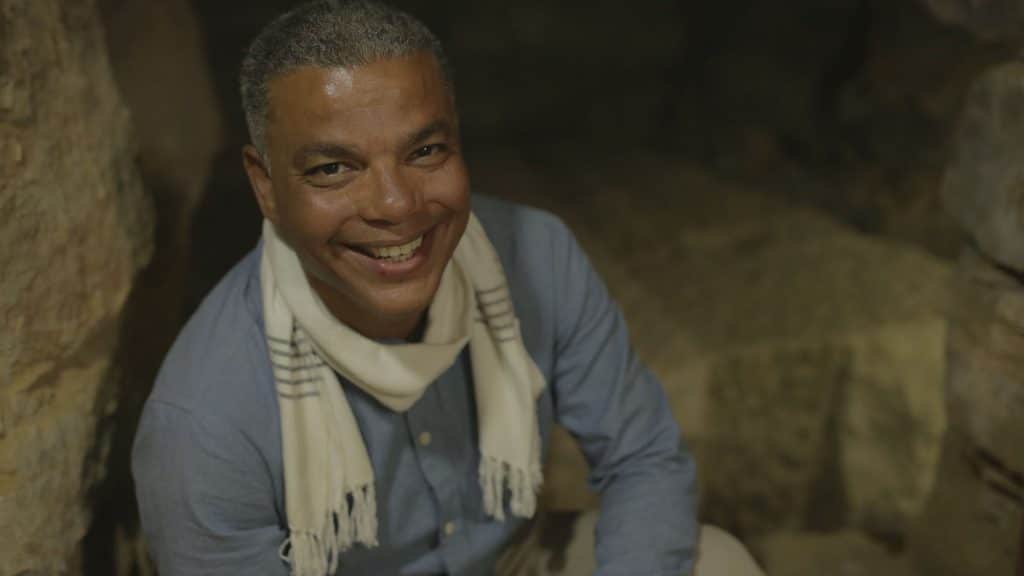 “The tomb contains mummies of both rich and poor people, as well as evidence of the funeral packages and quality of goods on offer. The evidence we uncovered shows the embalmers had very good business sense. They re-used chambers and re-sold sarcophagi to maximize the capacity of the complex,” said Dr. Hussein.

Peeling back layer upon layer hidden within the funeral home, other key finds included:

In order to reach the workshop 40 feet (12.5 metres) below the surface, Dr. Hussein and his team first had to remove 42 tons (38 metric tonnes) of packed sand from Shaft M 23-II. Their efforts revealed the purpose built chamber had strategically placed ventilation shafts and a large built-in incense burner that acted as an ancient air-conditioning and fumigation system, as well as drainage channels cut into the bedrock to funnel blood. Above ground, and 3 feet (1 metre) to the south of the workshop, they found two more facilities that were part of the funeral home including the 100 foot (30 metre) deep Shaft K 24 leading to six tombs containing a total of 54 mummies. At the base of this shaft, they located a tomb containing five burial chambers but, beyond the visible rooms, it took them another year to discover a hidden sixth burial chamber with more mummies behind a false stone wall.

In order to learn more about the contents of the tomb and those who worked and were buried there, the archaeological team used the latest technology to scan and capture as much data about the burial complex as possible, including:

Inside the ancient Egyptian necropolis of Saqqara, Dr Ramadan Hussein and his team work to uncover a unique tomb complex. Ramadan is intrigued by a wall at the bottom of the 100 foot shaft. A hunch tells him it could be a hidden burial chamber. What secrets could it hold? The team have to work fast to remove the unstable rock, but their risky search leads them to one of the biggest discoveries of the dig so far.

In the newly discovered tomb complex at Saqqara, one burial chamber stands out. It holds a single, stone sarcophagus while the rest are packed with mummies. Dr Ramadan Hussein and his team face their biggest challenge yet as they battle to lift the 5 ton lid and reveal the mummy within. Using forensic investigation techniques and the latest technology, what secrets can they discover about the tomb’s 2600-year old owner?

Archaeology is like detective work, and never more so when you discover a 12 tonne sarcophagus with its seal broken, and a lid that isn’t flush with the base. From the gaps in the mortar, Dr Ramadan Hussein has a hunch that the lid was removed and replaced in antiquity. But why? Ramadan and his team investigate the evidence at this potential crime scene to discover what – or who – remains inside.

Servants of The Serpent Goddess

In the very deepest level of the tomb complex, Dr Ramadan Hussein and his team discover two priests buried side by side. Their investigation is a rollercoaster ride filled with glittering riches, wealthy priests and the worship of a long lost serpent goddess. But something doesn’t quite add up. Only the latest technology will reveal whether these priests are exactly what – or who – they seem.

Are you looking forward to watching Kingdom of the Mummies on Disney+?

Roger has been a Disney fan since he was a kid and this interest has grown over the years. He has visited Disney Parks around the globe and has a vast collection of Disney movies and collectibles. He is the owner of What's On Disney Plus & DisKingdom. Email: Roger@WhatsOnDisneyPlus.com Twitter: Twitter.com/RogPalmerUK Facebook: Facebook.com/rogpalmeruk
View all posts
Tags: kingdom of the mummies, national geographic