It’s been revealed by Entertainment Weekly that Star Wars actress, Kelly Marie Tran has taken over the lead role of Raya in the upcoming Walt Disney Animated Studios classic, “Raya and the Last Dragon“. 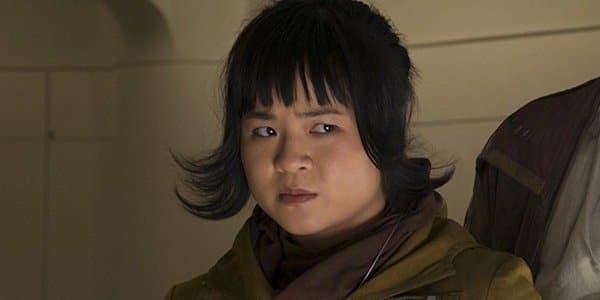 Raya was originally going to be played by Cassie Steele, who previously starred in “Degrassi: The Next Generation“.

The animated movie is set in a land called Kumandra, split into five different regions, a warrior named Raya searches for the last dragon in the world, called Sisu, who is a dragon in human form, but needs Raya’s help to reclaim her power and become her true dragon self.  Sisu is played by Awkwafina.

It has also been announced the the film is being directed by Don Hall and Carlos López Estrada.  With Qui Nguyen joining Adele Lim as co-writers.  Paul Briggs and John Ripa will also be serving as co-directors.

Ew has also revealed a brand new first look image on the project that reveals some a character calle Tuk Tuk, who is a fuzzy bear meets “an insect version of an armadillo.”

“Raya and the Last Dragon“ is set to be released in cinemas on March 12th, 2021.  It was pushed back from this November due to the Coronavirus situation, as most of the work on the film has been continuing at home throughout the pandemic.

Are you looking forward to “Raya And The Last Dragon”?

Roger has been a Disney fan since he was a kid and this interest has grown over the years. He has visited Disney Parks around the globe and has a vast collection of Disney movies and collectibles. He is the owner of What's On Disney Plus & DisKingdom. Email: Roger@WhatsOnDisneyPlus.com Twitter: Twitter.com/RogPalmerUK Facebook: Facebook.com/rogpalmeruk
View all posts
Tags: disney, Raya and the Last Dragon