What's On Disney Plus > Blog > Brands > ABC > “Keeper Of The Ashes: The Oklahoma Girl Scout Murders” Coming Soon To Hulu 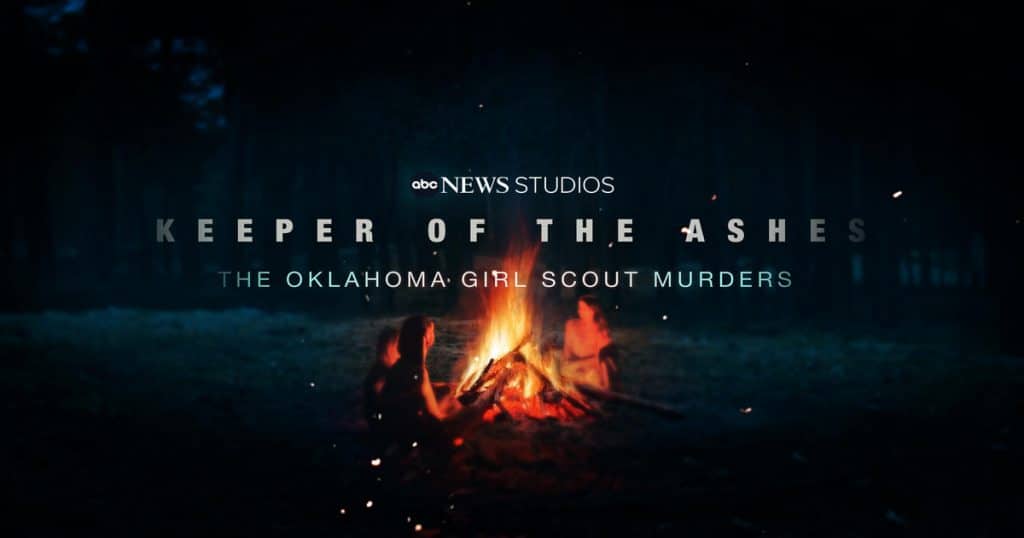 ABC News Studios announced today a new Hulu Original documentary series that investigates the notorious murder of three young girls in 1977 during their first night at Camp Scott, a Girl Scout sleepaway camp in Oklahoma. Emmy- and Tony Award-winning actress and singer Kristin Chenoweth opens up about how a twist of fate prevented her from attending the camp the night of the murders and how the case still haunts her to this day. The series explores the murders’ impact on those close to the tragedy, details the search for and trial of the alleged killer, and examines the mysteries still surrounding the case. It also documents how investigators recently reopened the case and used state-of-the-art technology to comb through mountains of evidence left behind.

All four episodes of “Keeper of the Ashes: The Oklahoma Girl Scout Murders” begin streaming Tuesday, May 24th, only on Hulu.  An international release on Disney+ hasn’t yet been confirmed.

The docu-series features interviews with Sheri Farmer and Bo Farmer, parents of victim Lori Farmer, who worked with authorities on behalf of their daughter over the last 45 years to keep the case active and founded the Oklahoma chapter of Parents of Murdered Children; Bettye Milner, mother of victim Denise Milner; Carla Wilhite, a camp counselor on duty the night of the murders; Sheriff Mike Reed, who reopened the case in 2016 and is investigating it using new DNA technology; Sheryl Stokes, senior family advocate specialist at the National Center for Missing and Exploited Children, who helped retest important evidence after decades in storage; Garvin Isaacs, co-lead defense counsel for Gene Leroy Hart, who was tried and acquitted for the murders; and more.

“Keeper of the Ashes: The Oklahoma Girl Scout Murders” is produced for Hulu by ABC News Studios in association with Standing Bear Entertainment, LLC. David Sloan is a senior executive producer, Carrie Cook is an executive producer, Remy Weber is director, and Nick Zeig-Owens is a series producer.