What's On Disney Plus > Blog > Brands > Marvel > Is The “Spider-Man: Freshman Year” Disney+ Series In Trouble? 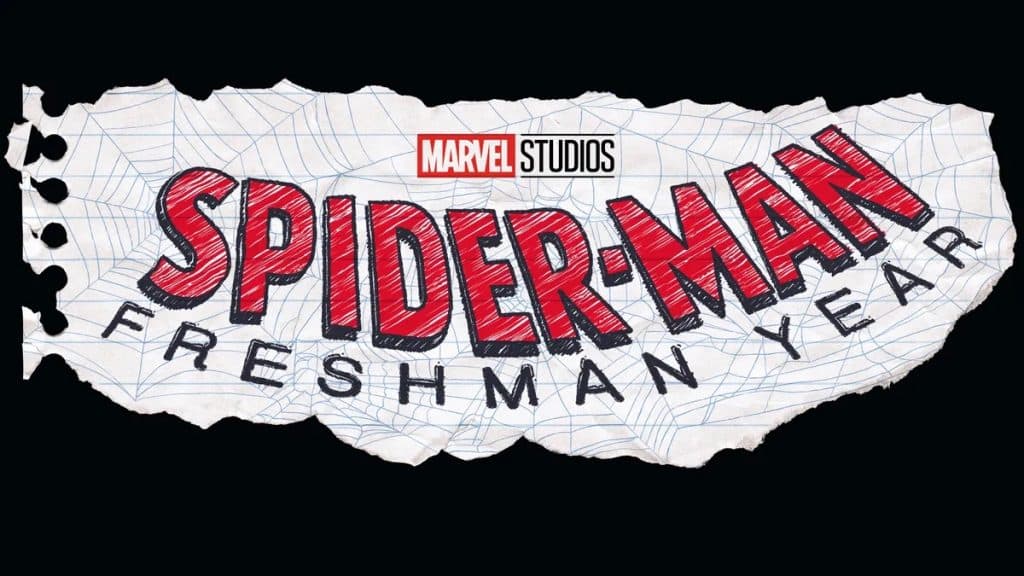 During last year’s Disney+ Day event, Marvel Studios announced it was creating a brand new animated series, “Spider-Man: Freshman Year”. which follows Peter Parker on his way to becoming Spider-Man in the MCU, with a journey unlike we’ve ever seen and a style that celebrates the character’s early comic book roots.

This new animated series is going to be written by executive p. During Trammel, and during this summer’s San Diego Comic-Con, Marvel held a special panel for its upcoming animated shows, where more details were revealed, such as Charlie Cox is reprising his role as Matt Murdock/Daredevil, plus the show will feature lots of classic villains including Unicorn, Chameleon, Scorpion, Speed Demon, Tarantula, the Rhino, Butane, Carmela Black, and Otto Octavius.  There are also rumours that Vincent D’Onofrio will also be returning to voice the role of Kingpin in the show.

“Spider-Man: Freshman Year” is due to arrive on Disney+ in 2024, and Disney has already announced a second season, which is going to be called “Spider-Man: Sophomore Year“.

Last week, following the quarterly financial results being released, Disney CEO Bob Chapek announced that the company was going to be making some changes to save money, including cutting staff, having a hiring freeze and also looking at the amount of money being spent on creating content.  This is one reason why Disney has begun making some changes to many of the upcoming Marvel projects, such as turning a show like “Armor Wars” into a film and some series into “Special Presentations”.  And the animation department is also apparently under more pressure.

However, over the past week, some of the crew making the upcoming Disney+ series have been posting cryptic messages on social media, indicating that not everything is as it seems on the project, leading to some fans speculating that the show had been cancelled.

Hi there! I will looking for Directing and Story opportunities starting in mid-December! Please keep me in mind! I’m also open to Feature, Live Action and Games! freelance, full-time, etc.

I’m really sad my time with Spider-Man: Freshman Year is coming to a close so soon, but I can at least say this show is truly something special. If you see a resume that lists this show, hire that person ASAP because the talent of this crew is off the charts!!

“it won’t be the same amazing crew for Season 2:”

Whelp … it is official. My last day of is work next Friday! I had the opportunity to with an AMAZING team and you all are in for a treat once the show to air. I know holidays are coming up but keep me in mind for Storyboarding/Revisions work! Thanks for all the support!!

Just got the official word: next Friday is my last day due to layoffs. I’ll be putting up a more official post across all my socials soon, but in the meantime please keep me in mind if you hear of any directing or storyboard opportunities. I truly, greatly appreciate it.

The shows storyboard artist Lydia Anslow replied to a fan about the show:

“Season 1 is already so good like I’ve never felt this excited about working on a show before and with such a good crew. I think thats the biggest killer for me is everything was kind of wonderful :\”

“welp….just got some news abt work and im feeling….alot of things, dont know when my end date is but i’ll be keeping my eye out for new work…until then im just gonna draw hot anime boys and process.”

The Cosmic Circus has recently shared an update on the animated series, that it is currently still on track to be released at some point in 2024, likely in the fall of the year.  However, the second season, “Spider-Man: Sophomore Year“, is currently on hold, until Disney sees what the reaction is from the public on the new show.  This might have been why some of the talent working on the show is finishing up, since work on the second season could be a couple of years away.  Though there will still be lots of post-production required on the show to get it ready for its Disney+ release.

With Disney looking to cut back on some costs, holding back on creating the second season of a show, until people have seen it, so they can judge if fans are interested in this series, does make some sense, especially as Marvel is also creating a number of other animated shows like “Zombies”, “X-Men ’97”, “What If?” and “Moon Girl And Devil Dinosaur”.

Right now, “Spider-Man: Freshman Year” is still coming to Disney+ in 2024, but hopefully, some of these rumours are cleared up soon, but it certainly looks like things aren’t looking as promising on this project right now.

Roger has been a Disney fan since he was a kid and this interest has grown over the years. He has visited Disney Parks around the globe and has a vast collection of Disney movies and collectibles. He is the owner of What's On Disney Plus & DisKingdom. Email: Roger@WhatsOnDisneyPlus.com Twitter: Twitter.com/RogPalmerUK Facebook: Facebook.com/rogpalmeruk
View all posts
Tags: Marvel, spider-man, spider-man freshman year, spiderman