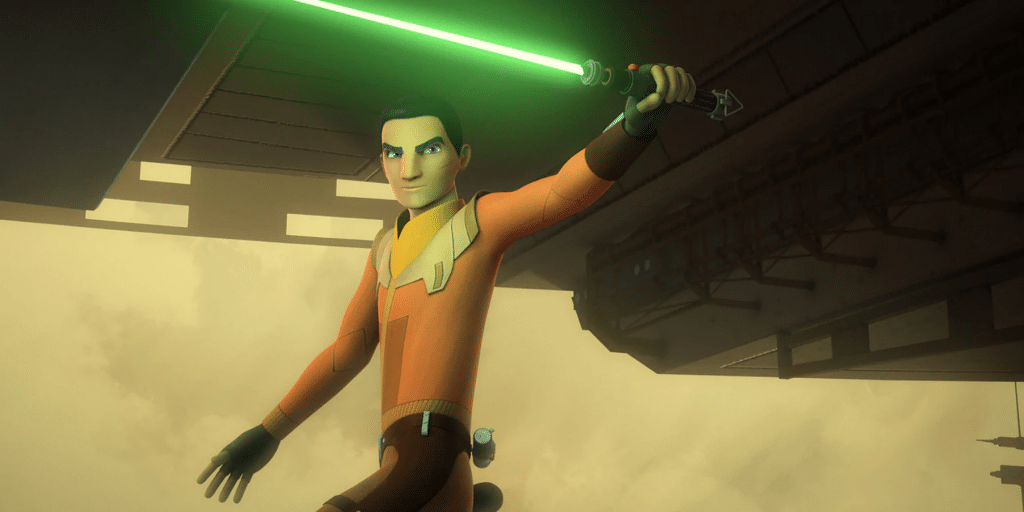 Disney are continuing the trend of bringing characters from the hit animated series, “Star Wars: The Clone Wars” and “Rebels”, into the live action universe.  According to a new report from The Illuminerdi, Ezra Bridge could be heading to Disney+, either as part of “The Mandalorian” spin off series or something brand new.

Over the past few months, its been reported that Ahsoka Tano, Bo-Katan and Sabine Wren, would be heading to our screens in the second season of the Disney+ smash hit, “The Mandalorian”.

Casting for someone to play Ezra Bridge is currently underway for a male actor between the ages of 30 and 40.   They are looking for someone with Asian descents, but they are also open to seeing auditions from Indian, Latino or Middle Eastern actors.   This could tie-in with the recent news that Disney is also looking to bring Thrawn, to our Disney+ screens.

In the “Rebels” series,  it takes place 14 years after the events of the “The Clone Wars” and 5 years before “A New Hope”.  Ezra is 14 years old in the first season of the show and would be aged around 28 when the first season of “The Mandalorian” is set, so would tie in with the casting age.

It’s worth noting that nothing has officially been announced regarding Ezra Bridger appearing on Disney+.

Would you like to see Ezra Bridger in a live action Disney+ series?