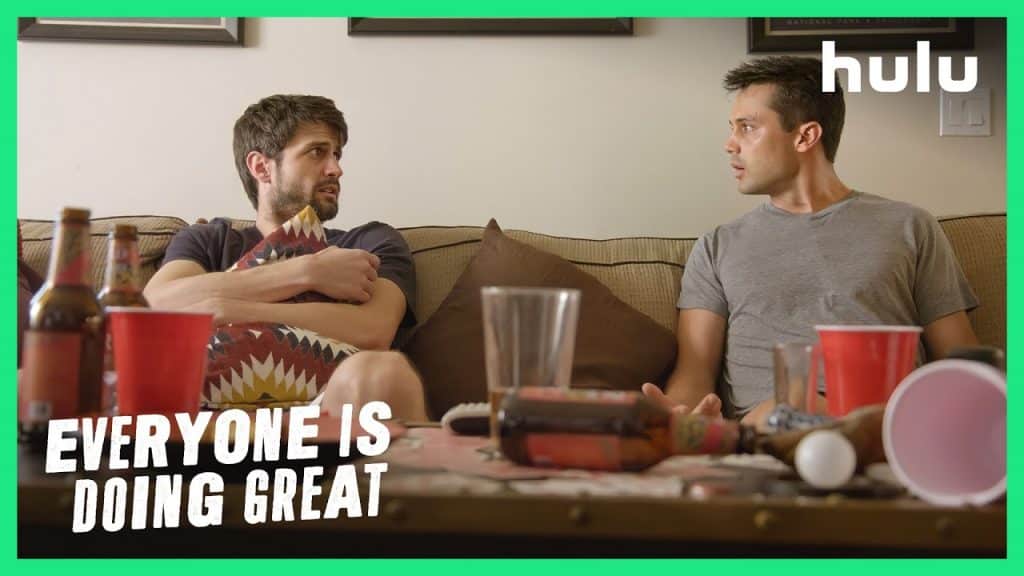 Disney has released a new trailer for the upcoming comedy series, “Everyone Is Doing Great”, which is coming to Hulu on January 13th.

The comedy series consists of 8 episodes and follows Seth (Colletti) and Jeremy (Lafferty), who enjoyed the success of Eternal, a hit television vampire drama. Five years after their show has ended, they lean on each other as they awkwardly navigate the perils of life and love in a late coming-of-age.

Disney picked up the US distribution rights for the series for Hulu last year.

Are you looking forward to seeing “Everyone Is Doing Great” on Hulu?

Roger has been a Disney fan since he was a kid and this interest has grown over the years. He has visited Disney Parks around the globe and has a vast collection of Disney movies and collectibles. He is the owner of What's On Disney Plus & DisKingdom. Email: Roger@WhatsOnDisneyPlus.com Twitter: Twitter.com/RogPalmerUK Facebook: Facebook.com/rogpalmeruk
View all posts
Tags: Everyone Is Doing Great, hulu