“Fearless: The Inside Story Of The AFLW” Trailer Released

What's On Disney Plus > Blog > Brands > Disney > “Fearless: The Inside Story Of The AFLW” Trailer Released 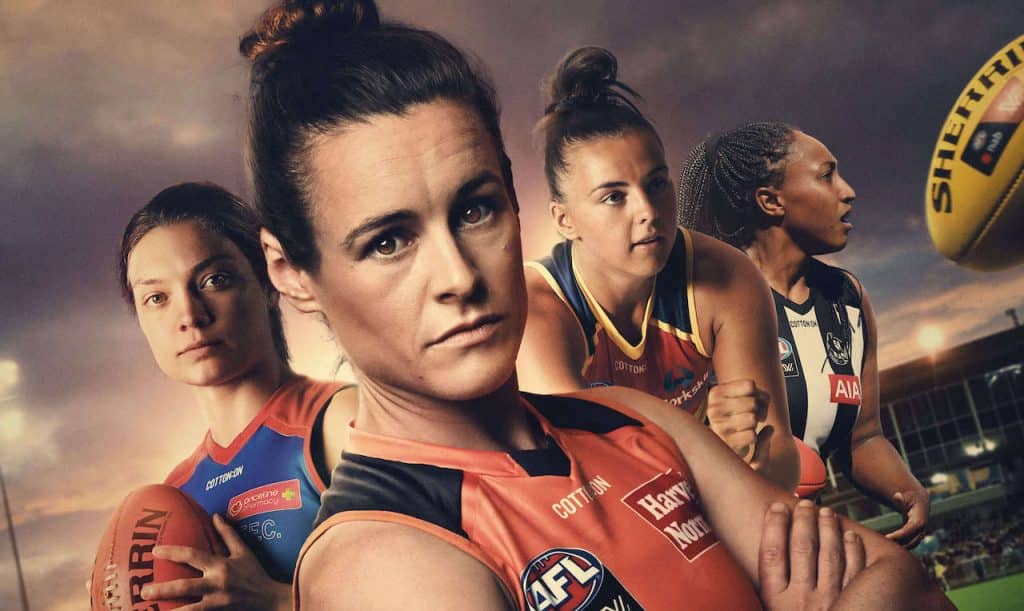 “Fearless: The Inside Story Of The AFLW” Trailer Released

Disney has released the trailer, and release date for the first Australian Disney+ Original, “Fearless: The Inside Story of the AFLW,” which will premiere on the platform on 24th August, 2022.

“Fearless: The Inside Story of the AFLW” takes viewers on a raw and emotional journey into the dreams, struggles and triumphs of the groundbreaking AFLW league. In this six part series, we discover the courageous pioneers who were told they could never play Australian Rules football at the highest level and made it happen.

From farmers to factory workers to paramedics, be amazed at the level of sacrifice and commitment required by this diverse group of athletes who are building an enduring legacy. The series spotlights four clubs – Adelaide Crows, Collingwood, GWS GIANTS and Western Bulldogs – with  access to the game’s inner sanctum, which is both confronting and inspiring. Cameras were rolling in April 2022 capturing the historic victory of the Adelaide Crows – taking their third AFLW premiership.

Kylie Watson-Wheeler, Senior Vice President and Managing Director of The Walt Disney Company in Australia and New Zealand, said in a statement:

“Fearless: The Inside Story of the AFLW is the first of our nine Australian originals set to premiere this year and next. We’re thrilled to be bringing to Disney+ this world-first look at the AFLW and the powerhouse movement it has become for women in sport. The documentary celebrates the journey of trailblazing women – some of the first to play Australian Rules Football professionally. The documentary showcases extraordinary women who are paving the way for future generations and chasing football glory in their own unique ways.”

“Over the last six seasons of the NAB AFLW competition, our remarkable W players have captured the hearts and minds of footy fans all over the world with the pure joy and determination in which they approach their footy.    The Disney+ team captures the essence of AFLW in Fearless – it’s a mixture of pure emotion, hard-hitting footy, and all the highs and lows that the world of football offers – and we get front-row seats to it all. We’re thrilled to have worked with the Disney+ team in bringing this documentary series to life.”

“It is always magical and a true honour to be invited into the inner sanctum, but none of us could have dared hope for the rich rewards of this documentary series. Following four teams over an entire season, we know everyone will be captivated by our footballers’ dedication, bravery, humour and raw emotions,” 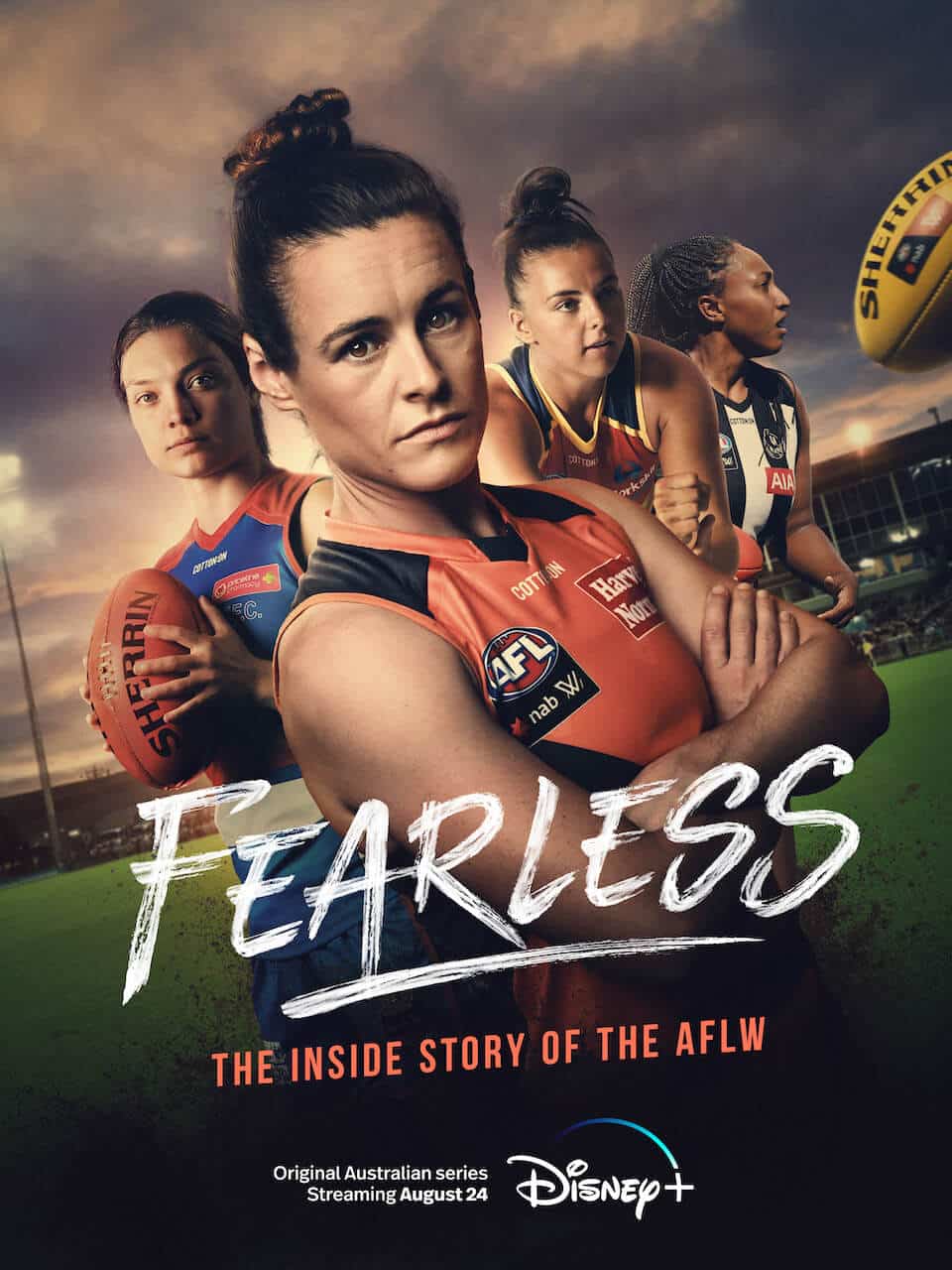 The Adelaide Crows are the benchmark of the competition. This team has already won two premierships and after a surprise grand final loss in 2021, are ready for redemption.

The Collingwood Magpies are one of Australia’s most powerful and successful sporting franchises, but so far, the women’s team has no silverware to show off.  The pressure is on for this talented team to go all the way, but a season ending injury to their biggest star is a shattering start to the new season.

The Western Bulldogs is a young, fun, energetic club with a belief that they have the makings of a dynasty within their ranks.  Coached by AFL Hall of Famer, Nathan Burke, this team is all about the sisterhood both on and off the field, but this turns out to be a torrid season that will test their belief.   After being struck down by Covid, their fightback is uplifting, and their iconic victory celebrations are unforgettable.

The Greater Western Sydney Giants are trying to win hearts and minds in an address that is dominated by the rugby league code. With champion recruits from the Gaelic football league in Ireland and cast offs from Victorian clubs, this team needs to bond and find a way to become winners. Still recovering from the tragic death of one of their teammates last year, this team is trying to turn despair into hope.

“Fearless: The Inside Story of the AFLW” is the first of Disney+ Australia’s local production slate for 2022/23, featuring nine titles spanning  scripted drama, documentaries, lifestyle and factual entertainment genres.

Are you looking forward to watching this new Australian series?

Roger has been a Disney fan since he was a kid and this interest has grown over the years. He has visited Disney Parks around the globe and has a vast collection of Disney movies and collectibles. He is the owner of What's On Disney Plus & DisKingdom. Email: Roger@WhatsOnDisneyPlus.com Twitter: Twitter.com/RogPalmerUK Facebook: Facebook.com/rogpalmeruk
View all posts
Tags: aflw, Fearless: The Inside Story of the AFLW