What's On Disney Plus > Blog > Brands > HULU > Fearless: The Inside Story Of The AFLW | Hulu/Star Original | Episode 5 Review

The teams of the AFLW are jostling to make sure they make the top six in the league in the latest episode of the Disney+ and Hulu Original Series, “Fearless: The Inside Story of the AFLW.” One of the top teams is looking to rebound after being upset in the last episode. Meanwhile the other teams are duking it out to make sure they advance. Plus, we learn a little bit more about the women in this league and what drives them to be the best.

This is probably my least favorite episode of the series so far. It was a good episode, but each week, I find myself caring less and less about the actual standings. I want to know more about the people who make up this league. The struggles the team’s face to ensure success are entertaining, but if it’s just we’re losing and need to be winning, that’s not interesting for a docuseries. That’s just a part of every single sports league in the world every single sports season. I want to see how these teams are overcoming struggles such as a battle between being respectful of one’s religion while also showing one’s Pride. That was interesting, this was something that would’ve been more appealing by watching the games themselves rather than a docuseries. 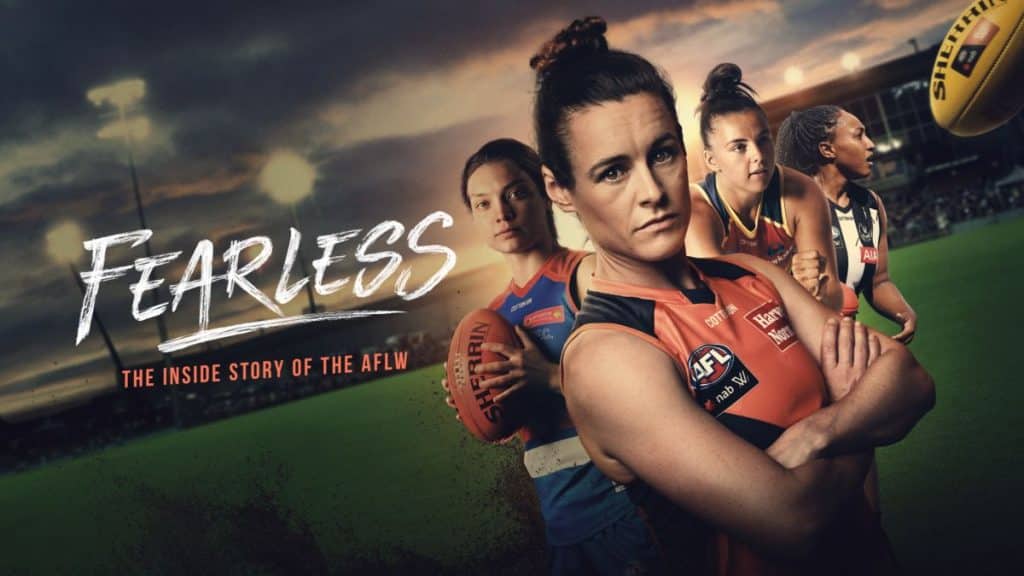 I really enjoyed learning about the personal lives of these women and how they are fighting to become better at the sport while having to work other jobs to make ends meet. While I’m perfectly okay with a professional sport being a hobby and not just a career, it’s still telling that so many leagues pay enough for their athletes to live extravagantly, but the women’s counterpart leagues don’t. A lot of it is obviously that the women’s leagues aren’t bringing in the money of the men’s leagues. But why? That’s a conversation for a different day and a different website.

I like this series. I like learning about other cultures around the world. Our views can be shaped so much by our nationality, our culture, even just our home towns that we end up in an echo chamber and don’t realize how different the rest of the world really is. I love learning, and this series helped me learn a little bit more about Australia and a lot more about the AFLW. I can’t wait to see how it wraps up.

What did you think of the latest episode of “Fearless: The Inside Story of the AFLW?”