As we approach Earth Day, DisneyNature has released several documentaries, including “Elephant” which gives us a closer look at the migration patterns of elephants. This documentary follows a herd of elephants across Africa as they look for fresh water. The epic journey takes hundreds of miles across desert and delta to a river.

In this documentary, we meet Gaia, the matriarch of the elephant herd; Shani, Gaia’s sister and the mother to Jomo, an elephant calf. As the herd crosses the desert, the elephants experience brutal heat, thinning resources and persistent predators; such as crocodiles, lions and hyenas. We see how Gaia’s decisions as the matriarch impact the rest of the herd. She must weigh the pros and cons of every decision she makes, as each choice presents both risk and reward. She must decide whether to cross a river where crocodiles are. She must decide whether to take the shortest path to the water that is through lion country, or take a longer route that has fewer predators but will lead to even fewer resources and could lead to starvation if it’s the wrong time of year. We also see how the herd of elephants must deal with a rival herd of elephants that tries to take over its patch of land. The threats are constant and the matriarch must lead the way for her herd.

DisneyNature once again uses its unique style of storytelling to convey its message. DisneyNature documentaries feel like they could be turned into animated features, but are real life. The style can be cartoonish and childish, but when done correctly can be engaging for the viewer.

In my previous review of “Dolphin Reef,” I noted how much I liked the style for that documentary. It doesn’t work as well in “Elephant” for me as it did “Dolphin Reef.” I don’t know if that’s because someone pointed out their faults with the style and I’m noticing it now. 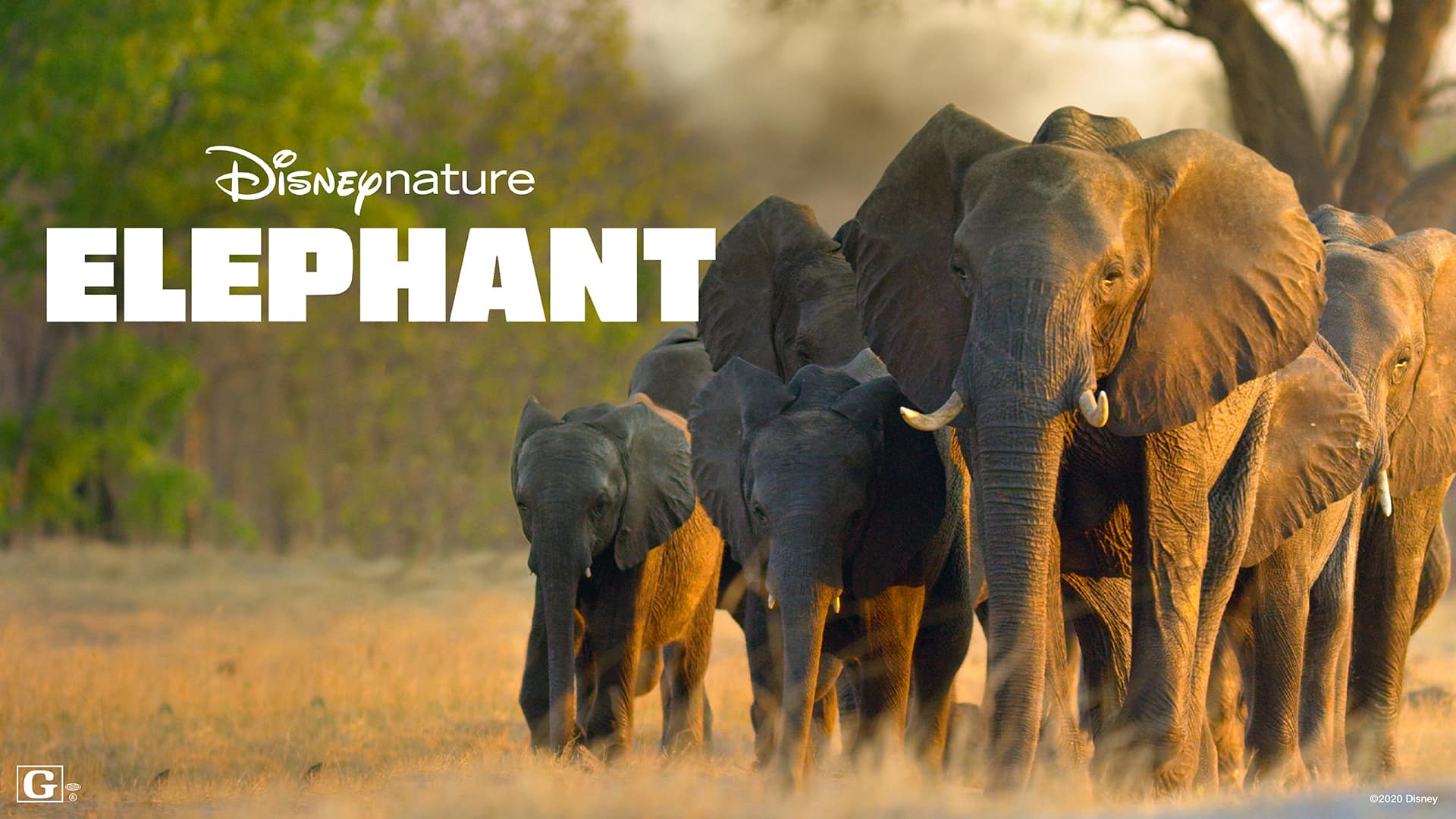 Another important part of a documentary is the narrator. A good narrator keeps the audience informed and engaged. I didn’t get that here. Meghan Markle did a fine job with the narration, but I just wasn’t compelled by her. I’m fearful her presence as the narrator could provide unnecessary backlash against this movie. Given the headlines she’s made recently, in regards to the British Royal Family, moving to Canada, then the US and the issues with funding security in these places, I think there will be plenty of people in all three countries who are opposed to her. It won’t matter for some. It really didn’t matter for me. But, I have a uniquely American experience. I have friends in both the UK and Canada who are adamant they won’t see it because of her, particularly because she abandoned royal life, yet is still using the Duchess of Sussex title.

The film is not bad in the least. The sights and sounds of Africa are amazing. It’s visual presence is a delight to the eyes. It’s wonderful to see how the film crew managed to capture the elephants’ journey without damaging the ecosystem.

The music also does an amazing job conveying the story. It has a “The Lion King” vibe that greatly impressed upon the audience the joy, the sadness and the danger. Disney works wonders with music in every film they’ve done and I’m glad to see it continue in the documentaries.

In the end, DisneyNature dropped three documentaries to Disney+ this week, two originals and one previously released. Of the three, “Elephant” is my least favorite. But, that may be because I prefer dolphins and penguins as animals rather than elephants. Overall, it’s informative and educational, it just didn’t grab my attention the way the others did.

Did you see “Elephant?” What did you think of it?

Jeremy has been a big Disney fan since he was a kid growing up during the Disney Renaissance. One day he hopes to go to every Disney Park in the world.
View all posts
Tags: disney, Disney+ Original, DisneyNature, elephant