Following major problems within the creative process in developing Disney+ shows, which has seen many major project such as “Tron“, “Book Of Disenchantment” and “Muppets Live Another Day” being cancelled and other shows such as “High Fidelity” and “Love, Victor” being moved to Hulu, Disney has been making changes to how it’s Disney Television Studios creates shows for Disney+, to streamline the process, giving the Disney Television Studios division more power.

This new process, will give Disney TV Studios more freedom to work in a similar way as Lucasfilm, Marvel, Pixar, Disney Channel and National Geographic, who have been given the authority to develop Disney+ projects.  Which is how “the Mandalorian” was made. The changes have been slowly implemented over the past few months to make things more streamlined.

The changes mean that the show’s creators will no longer go to the Disney+ creative team, which is being run by Agnes Chu, instead the series are now being developed by the studios for Disney+, since all the studios have designated portions of their projects allocated to Disney+.  This means the many different studios within the TV department, including 20th Century TV, Fox 21 and ABC Studios can now put together their shows first, into a fully formed and packaged product, then go to the right outlet for the project.

Then once Disney+ “buys” a project from one of the studios, they carry on developing the series, giving Disney+ executives basic outlines through scripts and story notes, so that the Disney+ creative team is less involved, but still making sure it keeps on “family friendly” side.

There has been confusion for a while on what is deemed “family friendly”, as originally shows could push the boundaries of a PG13 rating, however things have slowly become more focused on PG, though things are still being ironed out and will no doubt be under more pressure following actress Hilary Duff calling for her show “Lizzie McGuire” to be moved to Hulu since the show moved direction once it had been given the go ahead.

Under the tweaked development model, which emerged over time as a way to make the process more efficient, I hear projects are being taken to Disney+ by the divisions of Disney TV Studios when fully formed and packaged internally. Once Disney+ buys a project from a sister studio, the series is being developed at the studio, with Disney+ creative executives being kept in the loop with scripts and changes, with their main role to make sure the projects remain on-brand for Disney+, then once this has been decided, a budget is agreed before the series goes forward. 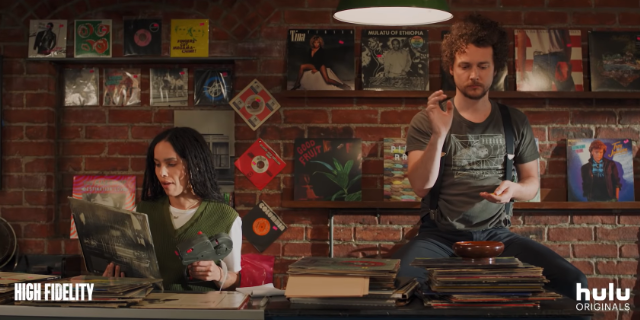 This should result in less issues happening such as with “High Fidelity” and “Love, Victor” , which had been ordered by the Disney+ creative team before the 20th Century Studios merger was completed, but as the shows developed, they were deemed inappropriate for Disney+, due to its “family friendly” branding.

The new streamlined system should allow the TV studios more flexibility to come up with ideas and put together a planned project, sell the idea to the Disney+ team, sort out any issues with the script, before anything is filmed and too much time or money is put into the project.  And hopefully stop the bad publicity that Disney+ has been getting from losing major shows to Hulu.

Disney has gone through some major internal changes over the past couple of years, with Bob Iger making a huge corporate reshuffle, with the creative studios creating content, then having the Direct To Consumer & International division having control on how content is distributed.  Along with the integration with 20th Century Studios, resulting in many changes in the management.

Hopefully now this new creative process is in place, we should start seeing Disney+ get more content and shouldn’t result in these large dry spells of Original content being missing.  As many are viewing Disney+ has having nothing major on the platform between “The Mandalorian” ending in December and the new Marvel series, “The Falcon and the Winter Soldier” series starting in August.  Had “High Fidelity” and “Love, Victor” been put onto Disney+ as planned, this would have filled out February to August with a high quality drama series.