This years Peabody Award nominees have been announced and the Disney+ Original Pixar Sparkshort Float has been nominated in the Entertainment category.

Float is nominated against huge hits such as Chernobyl, Fleabag, Stranger Things, Watchman and many more.   The short film was directed and written by Bobby Rubio.   It focuses on a son’s ability to fly and the choice his father must make. 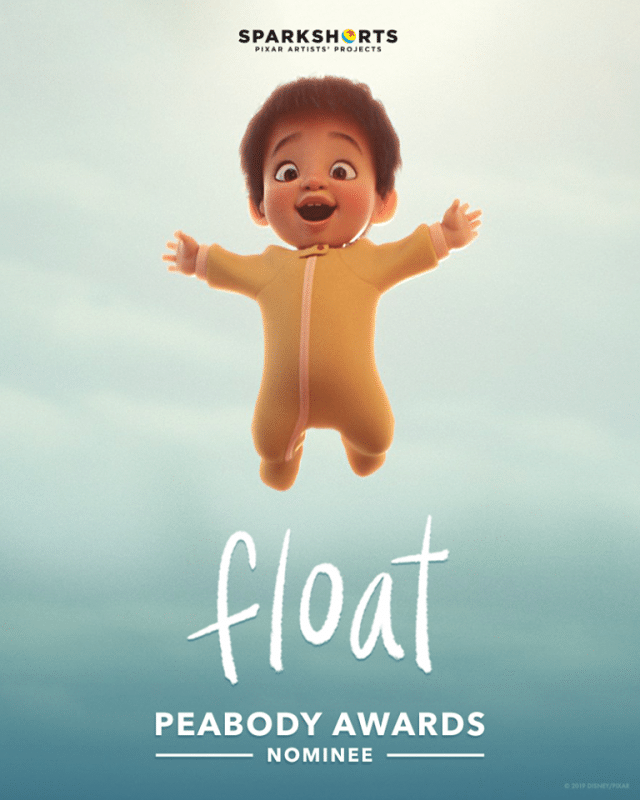 The Peabody Awards represent the most compelling and empowering stories released in broadcasting and digital media during 2019.  The nominees were chosen by unanimous vote of 19 jurors from nearly 1,300 entries from television, radio/podcasts and the web in entertainment, news, documentary, children’s and public service programming. The Peabody Awards are based at the Grady College of Journalism and Mass Communication at the University of Georgia.

“Peabody is proud to champion this year’s nominees who inspire our connection, provoke our thinking and delight our senses. From the communal strength of black women to the eminence of science to the conviction of those who speak up, these stories and their creators celebrate the diversity of human experience and of our democracy,” said Jeffrey P. Jones, executive director of Peabody. “Amidst the challenges of our present moment, we can find empathy, entertainment and truth in these nominees.”

Do you think “Float” will win the Peabody award?

Roger has been a Disney fan since he was a kid and this interest has grown over the years. He has visited Disney Parks around the globe and has a vast collection of Disney movies and collectibles. He is the owner of What's On Disney Plus & DisKingdom. Email: Roger@WhatsOnDisneyPlus.com Twitter: Twitter.com/RogPalmerUK Facebook: Facebook.com/rogpalmeruk
View all posts
Tags: float, peabody awards, pixar