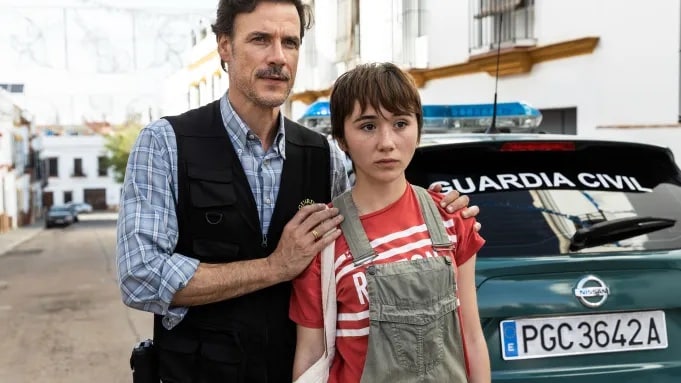 Disney is teaming up with Beta Film and Morena Films on a brand new Spanish Disney+ series, called “Chica Invisible: aka “The Invisible Girl”, which is based on a trilogy of young adult mystery novels by author Blue Jeans.

The series will star Daniel Grao (Hit, Julieta) and Zoe Stein (Mantícora, Merlí.Sapere Aude), who will be playing a father and daughter involved in the investigation of a murdered teenage girl in the picturesque fictional town of Cárdena, set in Andalusia.

“The Invisible Girl will surprise both fans of the novel and those who do not know the story yet. The young-adult thriller is mysterious and exciting with a sensational cast and a purely cinematic look. Father and daughter need to overcome their differences to solve a murder case that has shaken the peaceful lives of the inhabitants of Cárdena; it is a character-driven story which will captivate viewers visually and emotionally.”

“With its extremely powerful IP and talented creatives, The Invisible Girl is a project that caught our attention since the very beginning. This mystery thriller series is enhanced by its true-to-life characters. Set in the visually stunning south of Spain, it combines all ingredients to go on and thrive internationally as the next Spanish must-watch show.”

This brand new eight-hour series is being produced in Carmona in Southern Spain and other locations across the province of Seville including El Viso del Alcor and Gerena.

Tito López Amado (The Time In-between, Hernan) and Aritz Moreno (Advantages of Travelling by Train) are directing, with a writing team including Carmen López-Areal (It Was Always Me), Marina Efron (It Was Always Me, I Am Luna), Antonio Hernández Centeno (Caronte), Ramón Tarrés (The Cook of Castamar, Toy Boy), and Ian de la Rosa (Veneno, I’m Being Me).

The series will consist of eight, one-hour episodes.  Disney will have the distribution rights for the US, Asia-Pacific and Iberia (Spain/Portugal), with German distributor, Beta gaining the international rights for other countries.

Roger has been a Disney fan since he was a kid and this interest has grown over the years. He has visited Disney Parks around the globe and has a vast collection of Disney movies and collectibles. He is the owner of What's On Disney Plus & DisKingdom. Email: Roger@WhatsOnDisneyPlus.com Twitter: Twitter.com/RogPalmerUK Facebook: Facebook.com/rogpalmeruk
View all posts
Tags: the invisible girl