Disney+ Agnes Chu To Speak At Produced By Conference 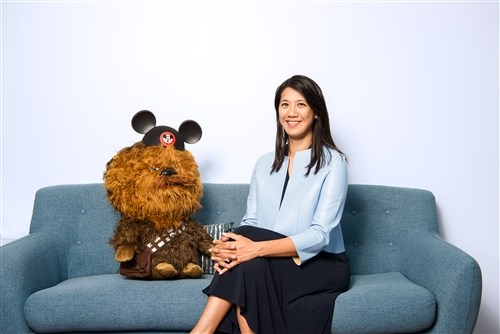 Disney+ Agnes Chu To Speak At Produced By Conference

Today, The Producers Guild of America (PGA) announced today the first round of speakers for its 11th annual Produced By Conference, which will be held on Saturday, June 8th and Sunday, June 9th at Warner Bros. Studios in Los Angeles.

Disney+ will be represented at the event by Agnes Chu, who is the Senior Vice President for Disney+.

PGA’s 2019 Produced By Conference is a networking event and educational forum that reaches across film, television and new media to ignite conversation and action around the most pressing issues facing the industry.

This year’s programming will explore challenges and opportunities in emerging media areas including the exciting frontier of streaming television, the dynamic growth of modern horror across film and TV, and narrative-driven podcasts.

Roger has been a Disney fan since he was a kid and this interest has grown over the years. He has visited Disney Parks around the globe and has a vast collection of Disney movies and collectibles. He is the owner of What's On Disney Plus & DisKingdom. Email: Roger@WhatsOnDisneyPlus.com Twitter: Twitter.com/RogPalmerUK Facebook: Facebook.com/rogpalmeruk
View all posts
Tags: disney, produced by