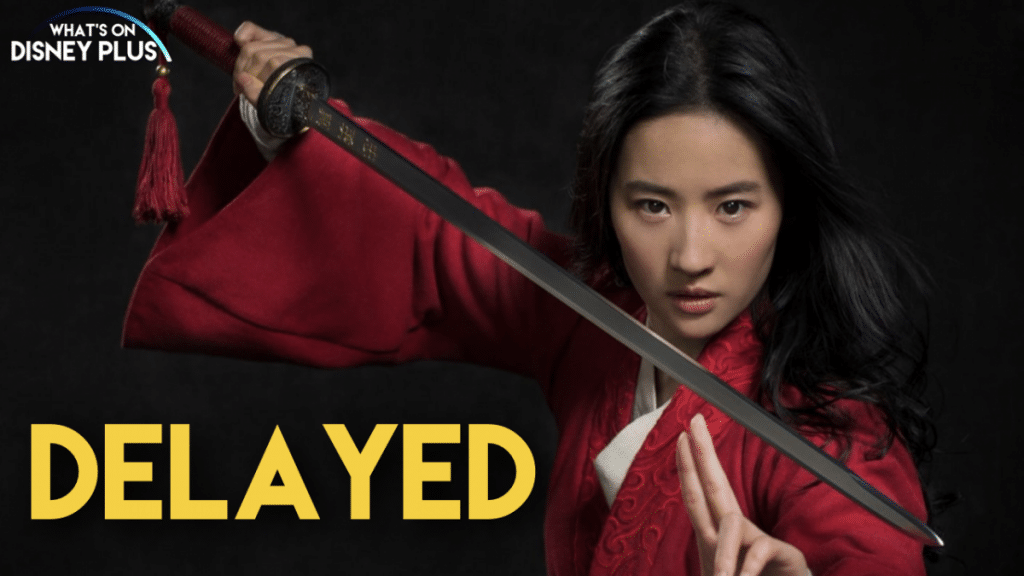 The Coronavirus continues to cause the Walt Disney Company problems, as it has once again been forced to delay the release of the live-action version of “Mulan”.

“Mulan” was originally due to be released on March 27th and even had its red carpet premiere, but it had to delay its release due to the Coronavirus situation worsening and cinemas closed around the globe.

Disney then moved “Mulan” to July 24th, then pushed it back to August 21st, but now a Disney spokesperson has said:

“Over the last few months, it’s become clear that nothing can be set in stone when it comes to how we release films during this global health crisis, and today that means pausing our release plans for ‘Mulan’ as we assess how we can most effectively bring this film to audiences around the world,”

“Mulan” follows other major blockbusters including “Tenet” and “Bill & Ted 3”, which have now moved away from their rescheduled August dates.  Many theatres have already announced they wouldn’t be reopening until August since there are no movies to show.

It’s unclear what will happen to “Mulan” now, will it be rescheduled until cinemas can reopen safely, or will Disney explore the premium purchase/rental system that other studios such as Universal and Warner Brothers have been doing.   There is also the chance that “Mulan” could also be fast-tracked onto Disney+, in a similar way to “Artemis Fowl” and “The One and Only Ivan”.  Though the budget for “Mulan” is much bigger than those movies, so Disney would be losing more money on the film by doing this.

When do you think Disney will finally release Mulan?