We’re back with another Disney+ Battle. This week, an underrated gem from Disney’s Dark Age of Animation (or First Dark Age of Animation, if you prefer) takes on one of the last films in the Disney Renaissance as “The Fox and the Hound” goes head to head with “Mulan.” Let’s see which one wins this […]

Christmas Day became the setting of a war between Warner Brothers and Disney, with both companies putting a major movie that should have been released in cinemas on their own streaming services. Pixar’s “Soul” was added to Disney+ as an exclusive, while DC Comics Wonder Woman 1984 was added to HBO Max, though the movie […]

Mulan Being Released On Other Digital Platforms

With some cinemas still closed around the globe and fears over people not heading to cinemas, Disney decided to move the theatrical release of Mulan over to Disney+, as part of a new “Premier Access” program.  Mulan is priced at $29.99 and according to a report from Yahoo! Finance, citing data from 7Park Data, 9 […]

The release of “Mulan” on Disney+ as part of its “Premier Access” has been a significant change for Disney’s release window strategy and recently Disney CFO Christine McCarthy spoke at the Citi 2020 Global Technology Conference about why Disney decided to release “Mulan” in this way.  The move to Disney+ from theatres was “not an […]

Disney loves to go back to its animated classics for live-action remakes, especially after movies such as “Aladdin”, “Beauty and the Beast” and “Cinderella”. The latest remake is “Mulan” and due to the Coronavirus causing enormous problems for Disney because cinemas were closed around the world, resulting in Disney moving the film from theatres and […]

To tie-in with the release of the new Disney+ Original movie, Mulan, Disney is going to be releasing a twin pack of face masks featuring designs inspired by the film.  One mask features Mulan on horseback, with the other mask featuring different artwork from the film. The twin pack is priced at $11.99 and will […]

The Disney Movie Insider program is giving 300 points to members who purchase Mulan on Disney+ Premier Access in the United States and Canada. After you have purchased Mulan, sign in to your Disney Movie Insider account and use the upload ticket process to send a photo of your confirmation purchase email.  Once it’s been […] 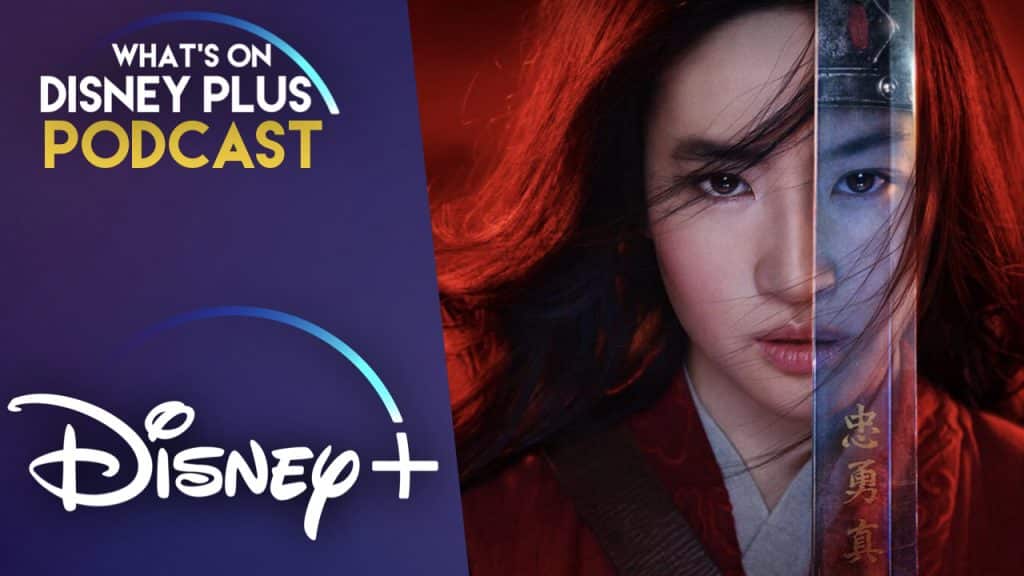 In this What’s On Disney Plus Podcast episode, Roger and James discuss all of this weeks Disney+ news including Mulan coming to Disney+ as Premier Access, the reaction from the community and Roger shares his thoughts on the film. James and Roger also talk about their thoughts on the new Disney+ series, Earth To Ned […]

With today’s release of the new live-action version of Mulan on Disney+ Premier Access, Walt Disney Records has also released the soundtrack for the film.  It’s available on digital platforms including Amazon, YouTube, Pandora and more. The album features original music composed by Harry Gregson-Williams who has previously worked on “The Chronicles of Narnia”, “Shrek” […] 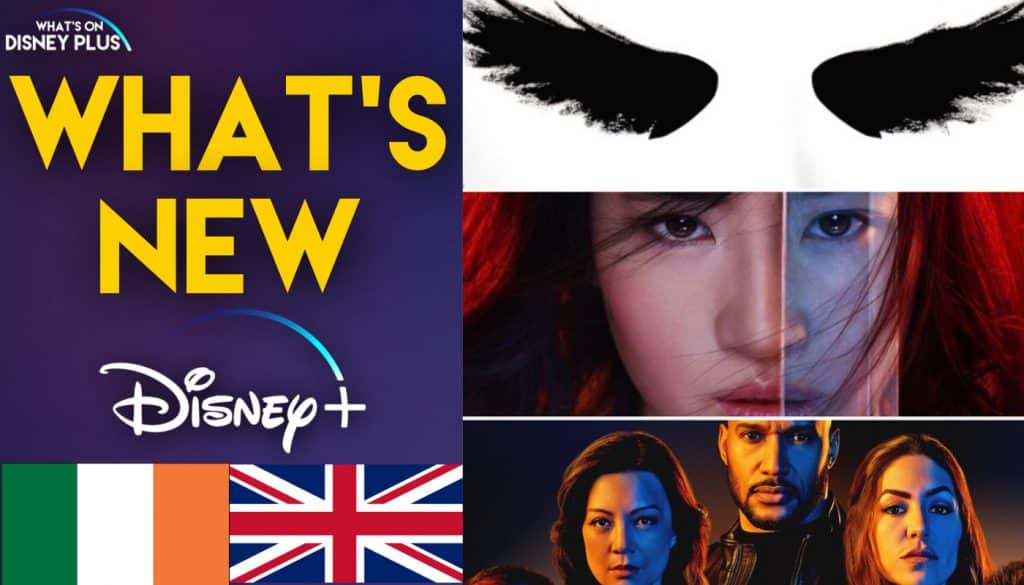 It’s Friday, so its time for some new movies and shows on Disney+ in the United Kingdom and Ireland. The biggest new release this week is the live-action version of “Mulan”, which will be available as part of Disney’s new Premier Access program. There is also lots of new library content being added including more […]

With cinemas around the world closed down for the majority of the year, Disney was forced to delay the release of its new live-action version of Mulan on a number of occasions, resulting in Disney releasing Mulan on its streaming service, Disney+ from 4th September, with Premier Access, you can watch Mulan before it’s available […]

Mulan’s producer Jason Reed recently spoke with Deadline to promote the release of the movie on Disney+, which is going to be a special premium video-on-demand purchase, since the closure of cinemas due to the Coronavirus has seen Mulan’s release delayed mutiple times. In the interview, Deadline asked Jason Reed about the special release of […]